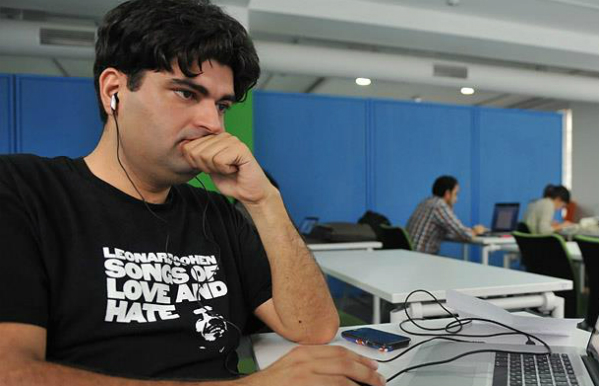 On November 12, Azerbaijan’s military shot down an Armenian combat helicopter on a training flight. This was a hot topic in the Armenian media for days.

Regional Studies Center analyst Mikayel Zolyan, who was following the news during that time, divides media coverage of this incident into three stages, each with its own particular feature.

What are the unique characteristics of each stage of the coverage of this incident?

First was the information stage, when news about the incident quickly circulated in online media. This was immediately followed by the emotional stage: media reports were dominated by emotions, a patriotic tone, and in some cases emphasized was the personal tragedy (the victims in the helicopter), while in other cases, there were calls for retaliation.

Quite late, a few days later, began the analytical stage: questions were raised as to why it happened and whether it can be avoided; whether this was all the result of a tactical error. Of course during this entire time there were also conspiracy theories.

Being prone to conspiracy theories is characteristic of our entire analytical, political, and media arena. Analysts and news outlets having a pro-Russian stance attempted to see a Western mark in this, while analysts and journalists opposed to Russia tied the incident to Russia.

The Yerevan Press Club in an issue of YPC Review [AM] said the media is exacerbating the situation by using the language of war and hate speech.

In the first stages, that was very obvious, and sometimes the boundary between news outlets and social media was erased, which, of course, is wrong. It’s one thing if a person expresses his personal opinion on social media, which also can be quite aggressive and very negative toward the other party to the conflict; it’s another thing when the media use the same language.

Not only is it bad journalism (you don’t need to be a professional journalist to write sentimental and emotional news stories; any Facebook user can do that), but also it’s dangerous in terms of promoting future conflict. It might give rise to manipulation. If the state body wants to exacerbate the conflict, it can manipulate the media, and the opposite — if the state body doesn’t want to rouse the conflict, it can be forced to do so under media pressure.

In any case, the media must work in such a way so that its coverage doesn’t complicate the situation further.

I understand that the work of journalists is quite difficult; they often work in very complex situations, but I would advise to refrain as much as possible from emotional assessments, particularly in calling for hate.

Of course, what happened was a tragic incident; we all had those emotions, but the journalist should not express his emotions, but rather transfer information.

At some point, the helicopter crew members’ personal photos and Facebook posts began to circulate on social and online media.

This is probably the result of the Social Media Age, which is very difficult to avoid. We see similar things also in the case of the conflict in Ukraine: the victims’ social media pages often appear in the news.

But there’s a very serious ethical issue here, which must be considered; after all, we are dealing with people’s lives and their families, who must be respected. There is an inexplicable disdain for death in our [Armenian] society; there’s an impression that one or two deaths here and there doesn’t matter. In this case too, it seems the soldiers’ deaths are not valued.

In Israel, for instance, a soldier’s death or his being taken captive is a scandal, and it has serious consequences also for officials. For us, of course, from purely a propaganda point of view, much is said about them dying heroically. But as for who is guilty, who is going to answer for the victims, and if the incident could’ve been avoided — these, unfortunately, are not spoken about all that much.

In your opinion, did the public receive the information and to the extent that was necessary?

Yes and no, depending on whom we compare with. Compared to our neighbors or many post-Soviet countries, the extent was even perhaps great. I imagine that wouldn’t have happened in other post-Soviet countries. But for me personally the amount of information was insufficient.

There was a lack of expert opinion, particularly military experts’ opinion. There was also a need to say complex things in simple language, to present highly specialized opinions in such a way so that they were understandable for the average Armenian.

In such cases, infographs and diagrams are used in other countries; we practically didn’t have these here. As a result, there are now a lot of questions. But the good thing is that those questions are being asked. Yet it cannot be said that coverage of the issue is over and the media will forget about this tomorrow. We’ll find out more about this incident than we know now.