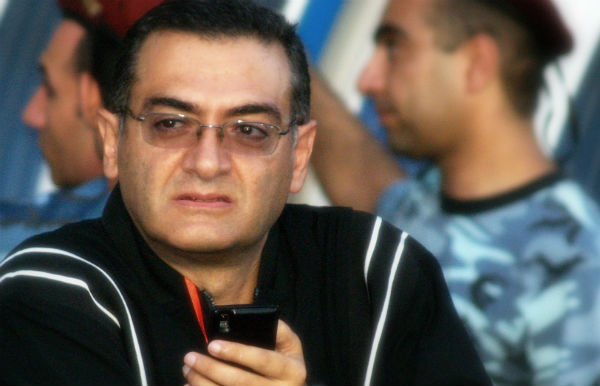 Sports have such an important role in the life of the world today that there can’t not be a political element to any sporting event. And it’s not surprising that the consequences of the Armenian-Azerbaijani conflict manifest themselves in various sports.

Though many tournaments are held in both Armenia and Azerbaijan, athletes of the two countries avoid playing in the other country. For example, recently concluding in Yerevan was the European Individual Chess Championship, in which Azerbaijani chess players did not participate. Next year, the World Cup will take place in Baku, and it’s already known that Armenians won’t be participating.

There have been similar cases in wrestling, weightlifting, and judo, though the most vivid conflict in sports were the Armenia-Azerbaijan football matches, which upon the request of international bodies didn’t happen and a decision was adopted that until the conflict ends, no age group of football teams representing Armenia and Azerbaijan will play against each other.

The Armenian-Azerbaijani conflict manifests itself not only in sports, but also in sports coverage.

Though Borussia Dortmund’s matches are shown in Azerbaijan, the TV sports commentators don’t say who is number 10. Commentators avoid saying Henrikh Mkhitaryan’s name and ethnicity. Instead they say, Borussia’s number 10 scored a goal.

I don’t think, of course, that this is a welcome step because if you show the match of a leading European club, you have to overlook ethnicities. But what’s bad is that the consequence of the conflict is evident also in Armenian coverage.

In Armenia, they didn’t broadcast Atlético Madrid’s matches, when one group (I think, not a large group) demanded they not be shown on television only for the reason that the inscription “Azerbaijan: Land of Fire” is written on the players’ uniforms and there were reports that the players were forced to observe one minute of silence to pay their respects to the victims of Khojaly.

Naturally, no matter how agreeable funding from Azerbaijan is for Atlético, it wasn’t going to meet this condition and no such thing happened; instead, Spain’s best match in this year’s championship was not broadcast in Armenia.

I think, this incident and not saying Henrikh Mkhitaryan’s name are on the same plane; this is testifies to short-sightedness in political and sports terms. If, for example, Atlético Madrid makes it to the Champions League finals, what, Armenia won’t broadcast that match either? Or if Atlético’s match is not broadcast in Armenia, but everyone watched it on a different — Russian — channel. In that case, what’s the point of not broadcasting it? Just the vainglorious patriotism of a narrow group of people?

Also noticeable in Armenian media is malevolent coverage of Azerbaijani sporting failures. But before making malevolent reports, we have to see, who has greater achievements in sports: Armenia or Azerbaijan? If in Armenia we have only one or two sports of which we can be proud or have (football and chess), well in all the other sports (even in weightlifting, wrestling, and boxing, which in Armenia are considered baseline sports) Azerbaijan has surpassed us.

To overlook those successes and to find and ridicule some failure or another is simply a sign of weakness. You have to be strong and be proud of your own successes. I would like news media to be guided in this regard — in a good sense. For editors to be able to explain the size and shape to young sports reporters who have great experience in neither journalism nor life and want to find something great in every grain of sand.

The media in Armenia and Azerbaijan have to do everything so that the conflict, being in sports, doesn’t become laughable.