Foreign Affairs Not a ‘Hot’ Topic in Armenian Media 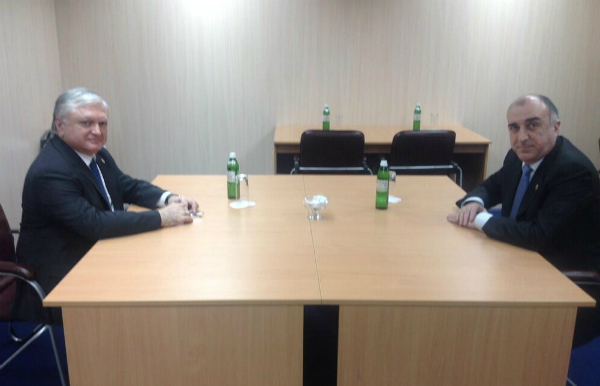 During the 20th OSCE Ministerial Council meeting from Dec. 5–6 in Kyiv, the foreign ministers of Armenia and Azerbaijan met, and the Heads of Delegation of the OSCE Minsk Group co-chair countries issued an important statement on Karabakh, which was accompanied by the US Department of State’s unexpected call to support Karabakh.

However, Armenian media conveyed all this only through official information, practically without commentary. This was made even more obvious by the fact that neighboring countries Azerbaijan and Georgia widely reported the meetings and had correspondents on the ground.

The custom of sending journalists to official meetings is gradually disappearing: in the best case scenario, 1–2 television reporters or “insider” journalists go with the president or other officials.

As a result, the public gets its news from its neighbors, finding only limited information or nothing at all about the meetings from Armenia’s media.

The reason for this is not only the lack of funds: foreign policy is gradually becoming more closed and monopolized. Armenian foreign minister Edward Nalbandian listens to questions directed at him almost in disgust and prefers not diplomatic but empty responses with no meaning.

If in other countries, officials use the presence of journalists and the publicizing of the issue successfully, in Armenia, journalists with their questions become simply an additional burden.

The lack of information and the ‘monopolization’ of foreign policy has led to Armenia’s media making only 2–3 attempts [RU] at analysis [AM] after the meeting in Kiev — unlike Azerbaijan’s media, where resounded were not only commentaries, but also new information; for example, that the OSCE Minsk Group US and France co-chairs met also with representatives of Armenia’s and Azerbaijan’s opposition, David Shahnazaryan and Eldar Namazov, respectively. And that the Russian co-chair was not invited to the meeting.

One more thing: the meeting, which Armenia’s media reflected only through the narrow lens of the Karabakh issue, was viewed in the broader geopolitical context in Azerbaijan. An article published in the Zerkalo newspaper, which was republished on the Russian-language online portal Inosmi, attempted to regard the Karabakh settlement process in the context of the conflict between Russia and the West.

“In order to achieve success in the Karabakh settlement process, either Russia has to be ‘incentivized’ [have an interest, a stake] in settlement or its influence on the process needs to be neutralized,” reads the article.

There’s the impression that Armenian media has willingly alienated itself from foreign policy and international issues. There are a few reasons for this: Armenia’s foreign policy is not carried out in Yerevan, a majority of journalists are financed by oligarchs, who don’t consider it necessary to meddle in the government’s foreign affairs, and finally, journalists and analysts prefer more “hot” topics.