Corrupted By The Longing For Information, We Listen To “Dog” 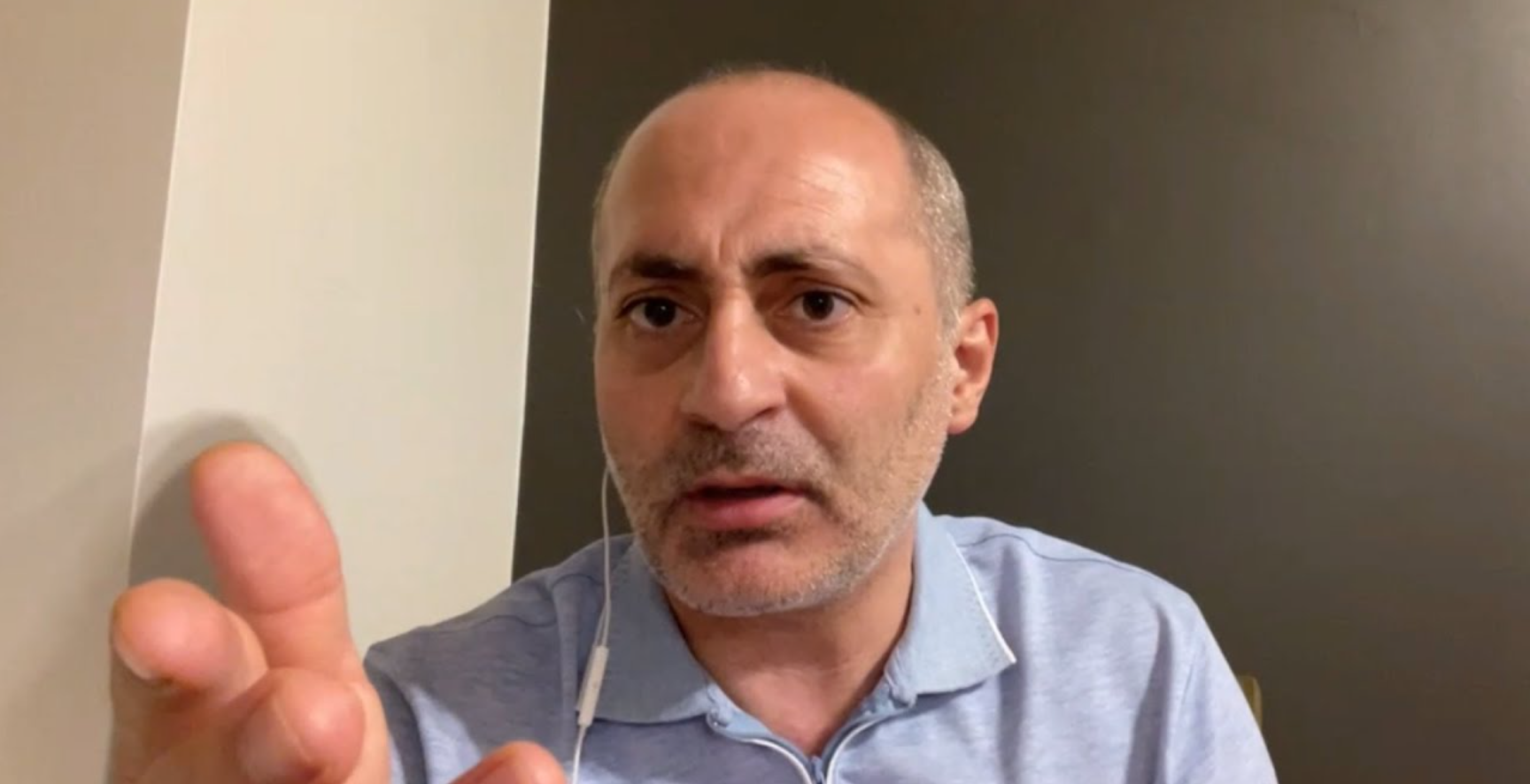 Vardan Ghukasyan, who is better known by the nickname Dog, has settled in the information field so comfortably and beautifully that one can already start panicking.

He is not just a blogger or a political player engaged in self-interest, who recently also became the chairman of the “Hayots Hayrenik” party.

It is a highly successful information pipeline, which, especially in emergency situations, is able to compete with all (both state, private, and individual-network) Armenian-language media taken together.

And that’s where the panic comes from, for the simple reason that Dog’s regular live streams, his choice of news feed, his vocabulary and the theatrics of his delivery make him desirable. So desirable that a very large audience is ready to accept his every spoken or unsaid (only hinted) information with pleasure, delight and longing. I’ll go and hear what Doug has to say… Many say, like drug addicts.

Vardan Ghukasyan is actually a phenomenon, and we should accept that. Let’s also admit that his great influence in the media field is not just the influence of a celebrity, but a matter of national security.

Dog is an elusive person (his place of residence became a mystery after 2014), although he is always alone in the frame, he definitely has a rather large and dedicated team of employees behind him, he owns large and small, embarrassing and very embarrassing compromising dossiers accumulated over the years.

And like a magic wand, he takes out a file from the dossier and turns it into a part of a political performance. He is a great manipulator.

And now, many Armenians (and not only) listen to Dog, to understand what is happening on the border, behind the scenes of the states, on the front, in places hidden from the front, where fateful decisions are made. No other information source manages to be as operative and attractive as Dog.

Especially after the war of 2020, no one believes official information. And belief in the media has been restricted to rare cases.

And the question: When cities are shelled, people are displaced, soldiers are injured and killed, and the future of the state is so vague that it is impossible to predict, who can be believed? Where can the most important news be found so that we may understand where we are going? What should we do and how?

Answer: listen to Dog. He has the answers to all those questions.

With a slight movement of the hand, Dog shatters the information vacuum, the admonitions to follow only official information, and not to spread unverified theories and rumors. He does what he wants. He can turn the audience’s attention wherever he wants. He is a great manipulator and combinator. He has a noisy past and a noisy present.

A few facts from Vardan Ghukasyan’s life: He worked in the military police, then transferred to the police. During his years of working in the system, he was considered one of police chief Vladimir Gasparyan’s close friends. And perhaps the closeness of those two odious characters naturally turned into tension as well (I know that you know that I know: this formula is a double-edged sword for those with compromising documents).

In 2013, he was dismissed from his job for pushing and insulting “Hetq” journalist Ani Hovhannisyan. But he didn’t stay idle for long, a few months later he was appointed deputy head of the Charbakh Police Department.

And in 2014, by the order of Vladimir Gasparyan, he was removed not only from his position but also from the police system.

Dog loved and “respected” the media sphere even in those years. Once upon a time, there was nrnak.com (whose editor-in-chief Hovhannes Yesayan was accused of extortion in the same criminal case as Ghukasyan) and аrarum.com, which Vardan Ghukasyan said should “blow up” everyone. He regularly promised to reveal the abuses of the system: bribes, sexual relations, shady arrangements. “If they continue to threaten me, we will play Armenian WikiLeaks, there is no other option,” he said.

In 2015, Ghukasyan was sentenced to 4 years in prison for organizing extortion, the website was closed, and he left Armenia.

The development and opportunities of the Internet gave a new life to Vardan Ghukasyan this time as a blogger, who has a rich past, possesses various confidential pieces of information and compromising documents, and most importantly, has a lot of time and an undisguised goal to become a popular media channel.

Now his YouTube channel has 267 thousand subscribers, and the number of his followers on other social networking platforms, Facebook and Telegram, exceeds one hundred thousand. Only in the last few days, when Azerbaijan launched a large-scale attack against Armenia, the number of his followers increased dramatically. And it will definitely increase, as long as the lack of information has a more terrible consequence than the volume of misinformation.

Dog plays the role of an entire state. A parallel state. Meanwhile, various institutions of the state are engaged in the task of showing that war is ordinary everyday life. Described in ordinary words.

And this scandalous blogger and, as one journalist said, a network activist, is very actively gathering an audience.

This situation has perverted the Armenian media consumer, more precisely the citizen of RA, that motivated by the longing for information, listens to and considers the former police officer Dog, who speaks with a scandalous vocabulary and heavily spices his speech with extreme sexual insults, to be an authority.

Vardan Ghukasyan narrates, chooses, gives instructions and clarifications, talks on the phone in the video frame, and explains everything from world order to narrow personal issues (sex life, pregnancy, army, weapons… everything). And the whole time he uses such non-normative vocabulary that can cause your skin to bruise.

In his live show, there is a tense expectation, an interactive connection, and an illusion of dialogue. In other words, he does everything skillfully. On the stage (and YouTube is the stage itself) they are the most important tools. In addition, folkloric and obscene embellishments are also a bonus, that gives off the impression of a fearless person who came from the bosom of the people.

And it is also very dangerous because the way he speaks is bait, after which you perceive any information as the truth. And also in those cases, when what he said is not only not the truth, but is a direct threat to life and a clear trick to mislead.

For example, he posts a video on his Telegram channel of captured, injured, or killed soldiers. He explains that his work will help parents find their children. Then he demands that the material be sent to the Red Cross as proof that the boys are alive. Then he instructs the Ministry of Defense to rely on his materials.

He is an alternative to the state. It seems that he is playing the role that the Armenian consumer instinctively wants to see, who curses the defeated government, the prime minister himself, the Azerbaijani side, the allies who do not come to our aid, the silent international structures, etc.

And the question arises, then what? Relying on Dog as an important source of information means weakening your self-defense so much that you become a puppet.

Yes, he masterfully does everything with taste, swearing, and expletives. He pulls the strings he wants. Reveals the information that he needs or that crosses his mind.

And it is not a record of courage, but fear that we listen to a person who has no boundaries.

Delegating the function of an entire media holding and even the state to blogger-officer Dog is not a good prospect at all. It kills brain cells by stimulating them with unusual public speech, a pseudo-brave attitude and a lack of boundaries.