Months after finishing in 20th place in Eurovision while representing Armenia, 22-year-old Rosa Linn’s track Snap went viral on TikTok, entering various national charts, while the singer signed a contract with one of the most successful music labels.

When Public TV presented Rosa Linn’s song Snap on March 19, the majority of people expressed positive opinions, calling the song pleasant and lovely, but added that “it’s not for Eurovision, it won’t win.”

My reaction was a little different because I was surprised and happy for Rosa, whom I had known since 2017. Moreover, we were supposed to be fellow students, but the future pop star did not want to study journalism. Apart from that, one of the first interviews I did at Radio Hay was with Rosa. At that time, she had a band called Jerm, her stage name was Rosa Jerm, and she talked about what it means to be an indie (independent) artist living in a country that does not have a functioning music stage or market.

Simply put, Rosa’s career growth unfolded before my eyes. After creating and producing her own music during her time in Tamar Kaprelyan’s intensive music program for youth, Nvak Foundation, Rosa took the biggest step in her career in 2020 and released the track KING with Kiiara.


Rosa’s Snap should have been at least in the top five in the rather colorless and monotonous Eurovision Song Contest 2022, but it took 20th place. And it seemed that the song would be lost and forgotten, only in the hope that the singer’s career will flourish beyond it. But Rosa and her team continued to work efficiently, keeping social platforms active, opening people’s minds, and putting Snap into their brains. It worked.

The main tool for branding, packaging, and promotion of the song was TikTok. I remember the first Snap clips that people created and posted on TikTok and Instagram Reels. They were mostly cute shots of hiking trips with beautiful scenery. But the song went beyond those limits because under the videos there were comments like “Can you tell me the name of the song?” People liked it and started listening to it, making their own clips and sharing them.

Now let’s understand when Snap’s victory campaign started and what paths it took. The Twitter account @esc_charts helped in this matter, which closely follows the chart updates of every Eurovision song.

The first time after Eurovision that attention was paid to the song Snap was exactly one month after the end of the competition final, on June 15, when compared to the previous thirty days, the number of streams of the song on Spotify increased by almost 300%. At the time, the track had been streamed to approximately 5.3 million times, with a daily stream of around 140,000. The biggest jump in streams came on June 27, when Snap became the most-streamed song of the day at this year’s Eurovision Song Contest, with around 335,000, overtaking Spain’s SloMo (which had held the top spot for 40 days).

On July 13, the track entered Spotify’s Global Chart with nearly 850,000 streams in one day, but there was still more to come.

July 15 is a significant day in Rosa Linn’s career. The UK sales figures for the song were released that day It was bought 7,290 times in one week. This is already serious when a song is not only consumed on streaming platforms, which brings the artist and their team much less income than, for example, buying the song separately from iTunes or Amazon. Snap’s peak position on the British main chart is #26.

On the same day, the song found its place in Spotify’s largest and most requested Today’s Top Hits playlist, where famous artists fight for each position. 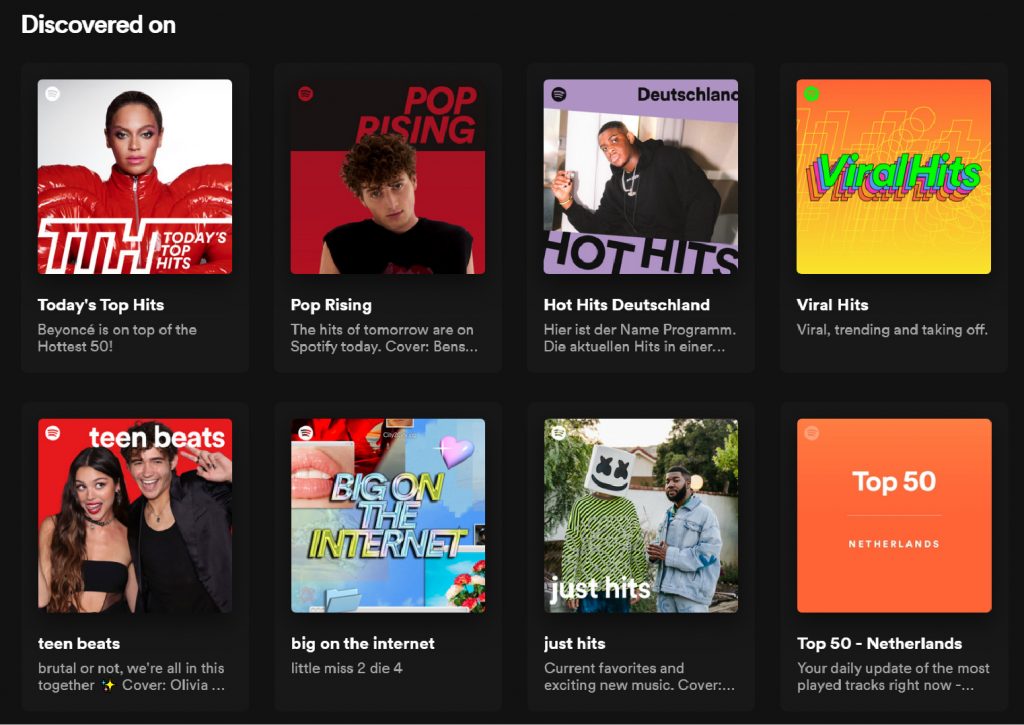 Rosa’s team captured the moment wonderfully and released several other versions of Snap (Snap Pack). In addition to the original, there were sped-up, slowed-down, acoustic versions of the song and DJ Fargo’s remix. Here we tangibly notice how TikTok is changing the music landscape, forcing artists to update their own songs. It should be noted that the sped-up version of the song, not the original, became viral first of all.

July 20 is another memorable day for Rosa Linn. Snap entered the Billboard Global 200 chart at number 170, placing it between AC/DC and Taylor Swift. Rosa became the first Armenian artist to appear there. The song soon reached number 36, becoming the biggest gainer of the week among all 200 songs.

While it’s hard to predict what will happen with Snap next week or until the end of August, Rosa Linn’s team is set to record a duet with a global star, so I’m more than confident that the song’s temporary stability will be broken in favor of even greater success.

The virality of the track was first noticed in the Netherlands and the countries of North-West Europe. From mid-July, it reached South Korea, Australia, South Africa, and then Canada, the United Arab Emirates, and Singapore.

At the beginning of July, the song was discovered in Latin America, which has a very important and fierce position in the world music scene. The first country on the South American continent was Panama, where the song entered Spotify, and already on July 27, it became the first song in the history of Eurovision, which began to rise in the Spotify charts of 15 Latin American countries. On the 31st of the same month, the song appeared in the charts of 27 countries on YouTube, one-third of which were Latin countries.

Positions and countries are constantly changing, which you can follow here.

The success of the song Snap brought Rosa Linn not only fame but also solidified her place and role in the music scene. Perhaps the biggest victory of the singer was signing a contract with Columbia Records label. This was first reported by Hits Daily Double. Beyoncé, Adele, Miley Cyrus, Pink Floyd, System of a Down, David Bowie, and many other successful artists perform under Columbia. This was also the victory of the Nvak collective, led by Tamar Kaprelyan and Alex Salibyan.

More than 422,000 videos have used the sped-up version of Snap on TikTok, and that’s growing every second. The number of videos created on Instagram is about 316,000.

According to Nvak’s Instagram post, Snap was played on radio stations in 42 countries, including the United States.

While having some understanding of TikTok, albeit having a difficult time imagining TikTok’s mysterious algorithms and user tastes, one question arises: Was Snap’s success a matter of luck and a pleasant coincidence, or a planned marketing move? Secrets which the Snap team will definitely not reveal.

It would be unfair to call success “luck,” because a large and specialized team worked on the song and its organic promotion, not to mention Rosa’s musical talent and direct communication with the audience both at concerts and on online platforms.

Whether you like the song or not, millions of people around the world have loved it. It would only be good to release a new song and not wait for the trend to fade away. People are waiting and demanding. 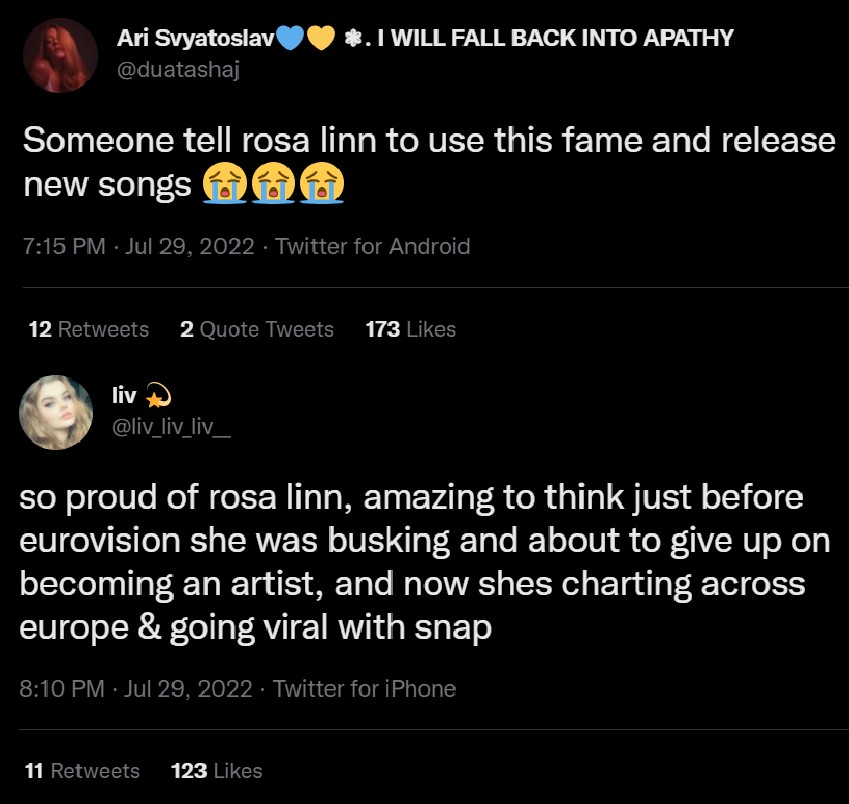