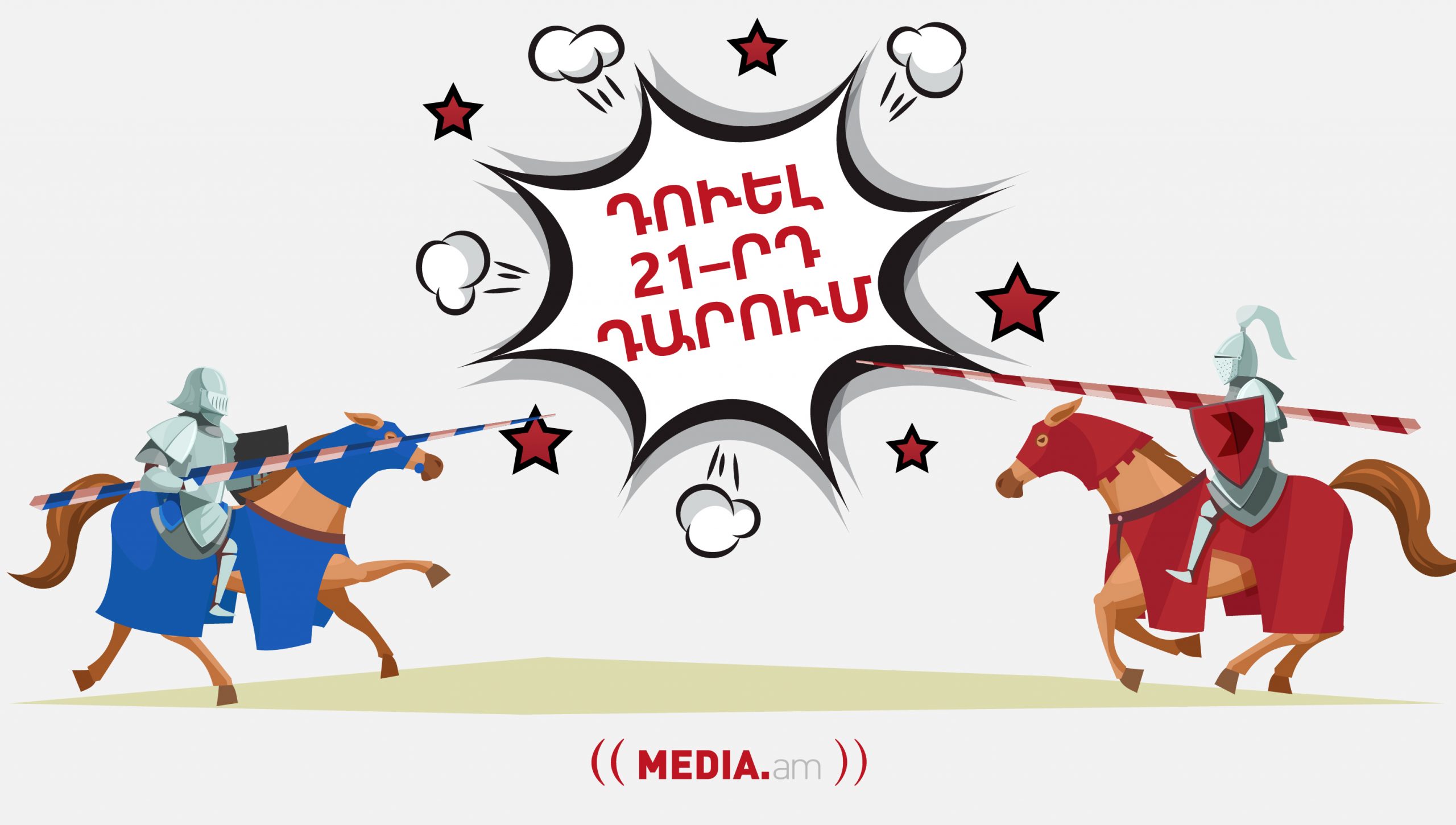 On the eve of snap parliamentary elections, Armenia’s political arena is so full of hate speech, non-normative lexicon and brutal statements that it seems as if we are in a thriller reality where deep complexes swell and there are children’s games of “whose sword is bigger?”

There are no attempts to delimit and demarcate speech (if there are, they get lost in the general noise).

Instead, in the media field, only the representatives of the political forces can be heard, who build their statements and public speeches by answering each other in such a way that with each new answer the level of speech goes down to a lower and lower level.

And to resemble the behavior of teenage boys playing fights at the same time and the campaigns of political technologists who have reached adulthood and know very painful tricks.

And to resemble the behavior of teenage boys playing fights and the political technologists who have reached adulthood and know very painful tricks at the same time.

It is a destructive mixture, but the only one we have at the moment. And nothing suggests that it is possible to get rid of it, because the campaign itself is a stench and conditioned by the joint efforts of different political polarities to play on that stench.

Are you a man? Let’s see what you’ve got then…

People who claim to be the savior of Armenia and promise in vain words in their plans a secure future and a strong state, send each other the challenge of being man enough (swinging the sword).

And they are surprisingly united in only one issue, that they will succeed if they speak with the unrestrained vocabulary from the block, humiliating the man first of all within the other person (that is, they will turn to the role conditioned by gender, not to the political position). And the hope that this is what society wants today.

The word “duel,” which has become fashionable in recent days, very well reflects the abyss into which we are sinking smoothly (this word actually got a new meaning thanks to another political participant, who mocked the world that “the abyss should not be disturbed”).

This is how the leader of the “Armenia Alliance” Robert Kocharyan, who is running in the elections with the slogan “Towards a Strong Armenia,” sees the format of a political debate as a duel with weapons.

“I am not ready for a debate … but there is a good word in Russian – duel. Oh, I’m ready for a duel with any type of weapon, but I do not think that what speaks of masculinity has anything to do with masculinity.”

Boy, the quotes about being a man filled the media as part of political vocabulary, received a thousand and one comments and continuations, which showed what today’s model of being a man would be.

“Tell me the time and place, pick your weapon of choice, set the date and I will come,” Nikol Pashinyan actively continued the topic of the duel.

Duels have been a masculine occupation since the animal kingdom, when heels, hooves, and other solid parts of the body clashed for the sake of the female and the right to inherit.

Now the duel and “boyish” behavior has moved to the political field and has become a subject of joy and disgust in the media field.

To the point of death or at least disability, this face-to-face political behavior of fighting came to replace what might be called a debate. Now they want to argue with something, that is, with the symbol of power. For example, with an arm, a fist, a cold weapon, or a firearm.

And also with the vocabulary used by the criminal layers and teenagers who have not yet passed the stage of socialization, but have boiling blood and little sexual experience.

Before that, there were calls to resolve the issues in the ring, instead of arguing again. The former governor of Syunik, for example, had made such an invitation to the NA deputy. And it was a hot topic for some time.

Macho men showing each other their strength, of course, it would become the queen of the news.

The political forces say, and the media quote words that are nothing from a political point of view but are a convenient occasion to show gossip. And the question is, to whom are those horns shown? Who are they sprinkling those boyish ambitions on? Perhaps Armenia is the desired female for them, for which one can compete as if the information environment is their pasture, and the voters are spectators of a duel (bullfight, ring).

Not to mention what a terrible vocabulary is legitimized by it and circulated in the media a thousand times.

For example, RPA leader Serzh Sargsyan, who is part of the “I have honor” bloc, promises to “slaughter” the prime minister. Also to shoot, burn and dissect the rest. And the Prime Minister, in his turn, promises to “screw” everyone.

“Oh, drunken idiot, look elsewhere for the pimps who took you out of the political highway, you unwashed prostitute,” said the former Minister of Education of Armenia. And he does not see any problem that his political force urges us to “straighten our backs and stick to work.”

Robert Kocharyan, whose political force orders us to go towards a strong Armenia, stands next to the clergyman, who offers to “put a bag on Nikol’s head and take it to get lost.” And these words are calmly quoted by the largest online media in Armenia.

Everyone does their job very calmly, without disturbing each other’s “abyss.” They say they are proud of themselves. Public life is disrupted. But no one is interested in that anymore.

They are fights without rules under the guise of campaigns.