The Nanoparticle Becomes The Unit Of Measurement Of Information 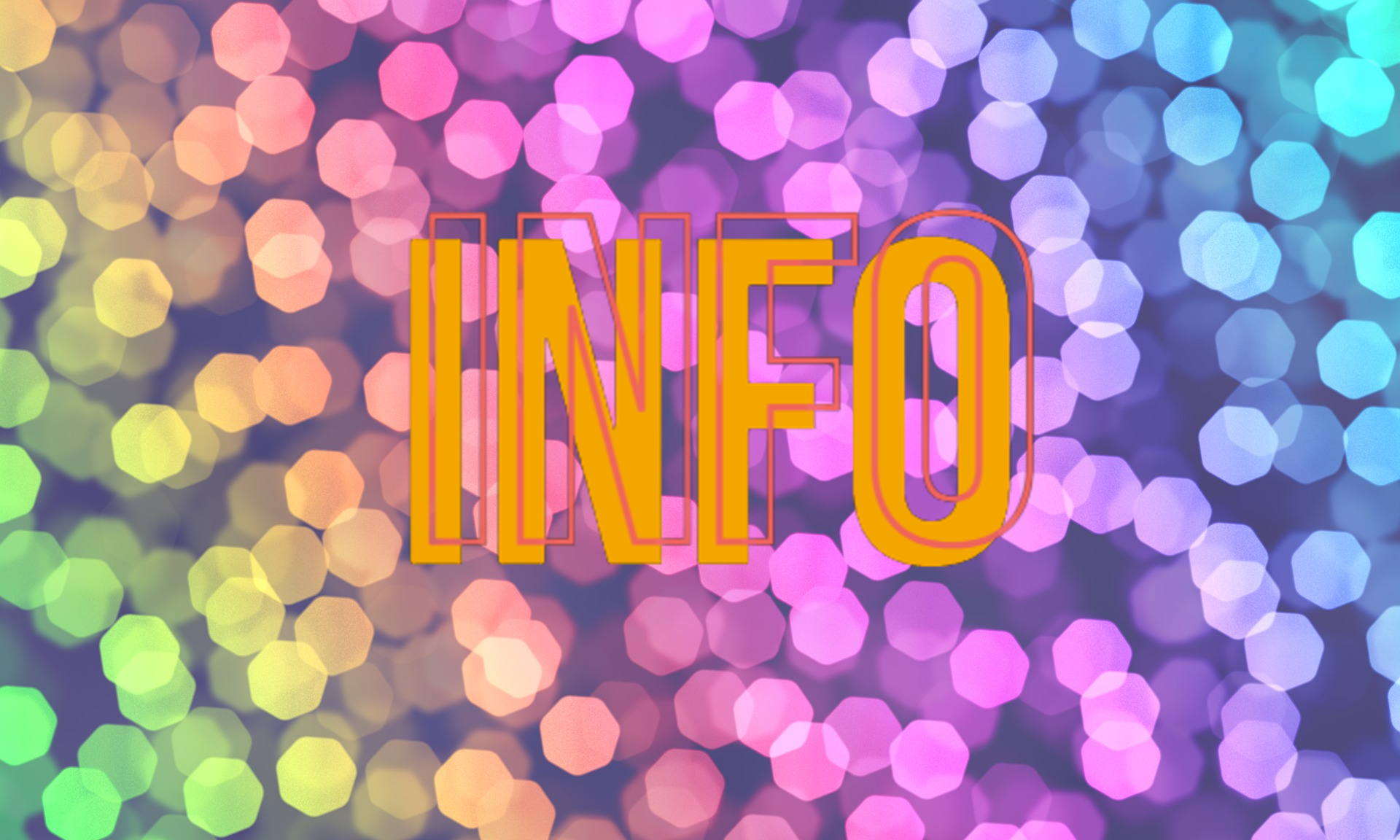 The tense political situation in Armenia contributed to the polarization not only among the people but also throughout the media. There are people who hate each other because of their political position, but there are also many people who hate specific media outlets.

Hatred towards the media is sometimes really like a deep and all-encompassing feeling towards a living person.

Much depends on the political channels through which the media receive food, both monetary and inspirational. And according to that, they build their content. Especially since now, many people do not hide their sources of money and inspiration and do not make an effort to play the role of an impartial platform.

Now the high card in the political field is hatred, to which nationalist rhetoric and swearing are added. And such an explosive mixture is poured into the media field. It becomes an attitude, a program, an occasion for self-admiration, a way to earn money by watching.

For example, the Prime Minister’s visit to Syunik on April 21, with all its contradictory occasions and mood, very quickly turned the media into a market reality show with a clear conscience. It’s just that although the event was the same in that market, the product was different.

More precisely, the news product was not the visit, but the small episodes within the visit.

Yerkir.am made an information unit of even a microparticle of an episode and presented it as news with a swear word as part of the headline. 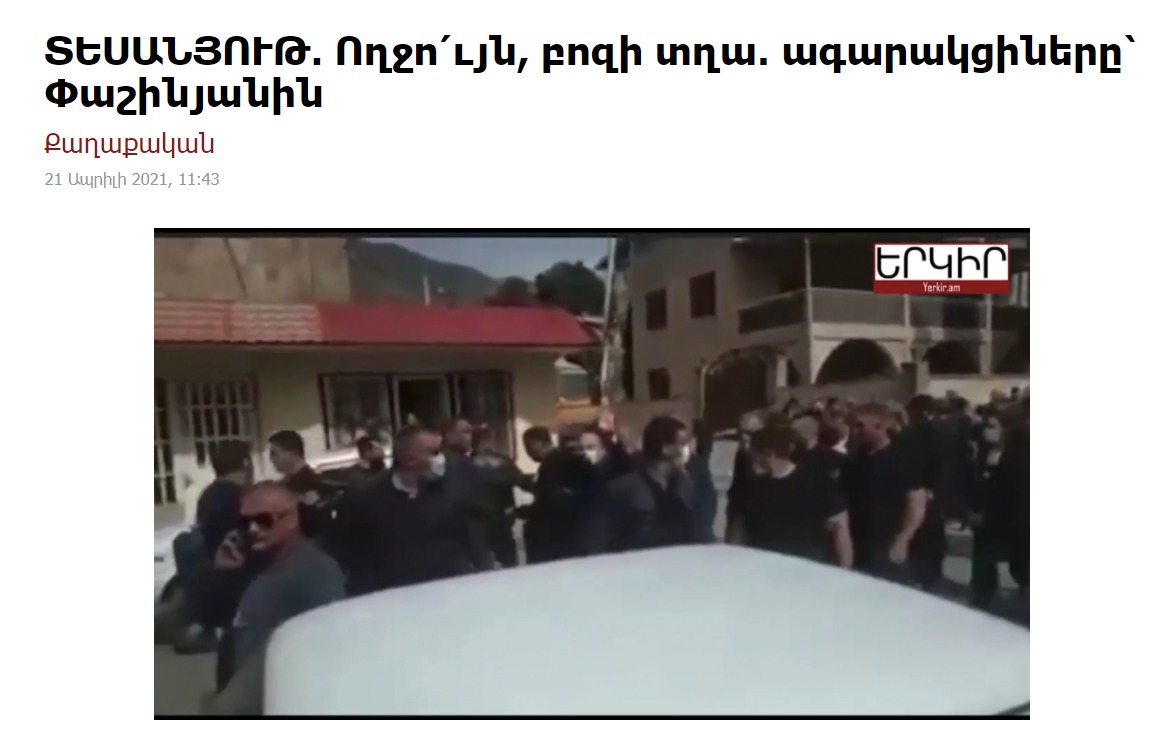 News.am cut another micro-section from the same visit and headlined it “Pashinyan’s speaker pulls at a journalist’s hand.” This episode, which lasted less than a minute, could be calmly called: a woman with a journalistic badge is running and shouting. That would be more correct. But the media had to emphasize the tension and hatred in a more accessible and obvious way.

Hate is a product that is in demand and the media often fabricates it, breaking the context and tearing the meaning to pieces.

The overall picture in the stream is not recognizable

It is accepted that the unit of information is the news and that different genres of journalism are built on the traces of news: investigations, analyzes etc. That the news conference creates what is called the (current) information picture of the day allows the audience to be at least aware of the day’s events.

But nobody needs information in large portions (presented with different headlines and spheres). In the same way that you don’t need newspapers with different and many pages or magazines with even more pages. You do not need even one news release. Nobody will look at it. They are not ready.

They look at the short, small, fast scrolling.

Social media and the Internet in general, with their algorithms and viral editing logic (basically, as the virus spreads, gathering important public information) make the minimum amount of information a unit of information. One pixel, one fragment.

Even one line, a few seconds, and most importantly, the attractive construction and packaging of the title.

One information unit becomes smaller, smaller and smaller still. We do not even read the title, but the first three words of the title.

And in these conditions, the media can no longer claim the role of those who show the image of the day.

The media adapt and play the role of a concise and attractive aggregator. They want their materials to spread like an infection.

And if there is a political preference and money of political forces (and they almost always exist), that small unit becomes dominant and dictates its logic to the entire content of the media with specific targets.

For example, if they want to have a lot of views and at the same time be politically “correct,” they naturally choose the format of scandal, hatred, swearing, because the smallest unit of information is the charge of hatred. Now, at this moment, one-second charges are thrown at the audience.

The situation in Armenia is so fragile now that it seems that the nerves of the audience can explode at any opportunity. Not to miss that opportunity becomes the goal of the news flow. Every particle comes and touches that flow.

For example, one of the largest media outlets in Armenia, News.am, divided the visit to Syunik into as many particles as possible and published them in turn. One angle is multiplied and completely cut out of context. One, two, three or more times broken pieces come out.

a. “Hey, come on, f..k off…” Pashinyan left under the curses and whistles of the people of Syunik

b. “Hey, f…k off Nikol:” Pashinyan left under the curses and whistles of the people of Syunik

The media that strives to be heard tries to find as much swearing and hatred as possible and turn them into nanoparticles. And it can always be found. And without waiting, quickly fill the net.

The function of making sense and completing, at least creating content with a larger portion and a broader context, is no longer performed so long as they think they have no time to lag behind the flow. And political sponsors or financiers of inspiration demand from them a quick bombardment with small-caliber information weapons.

In this situation, by and large, journalists are not needed either, it is enough for the media to pass the raw material through a meat grinder, crush the information in a few shots or words (as much as possible with extreme vocabulary, shuffle, run, collision impression) and join the stream, hoping to be heard, noticed, viewable.

The problem is that it will be like that from now on. The extreme will rule in the media field and will gather the public’s attention around it.

And in extremely tense Armenia, the critical and self-critical ability of the audience will gain the price of gold. Weaving links between small news items is an expensive skill. In order not to allow the event to become unrecognizable, hesitating to show warm reception and hateful expressions with obscene words.

To be able to gather a more or less real image using crumbs of information.