When The Prime Minister Listened To Users 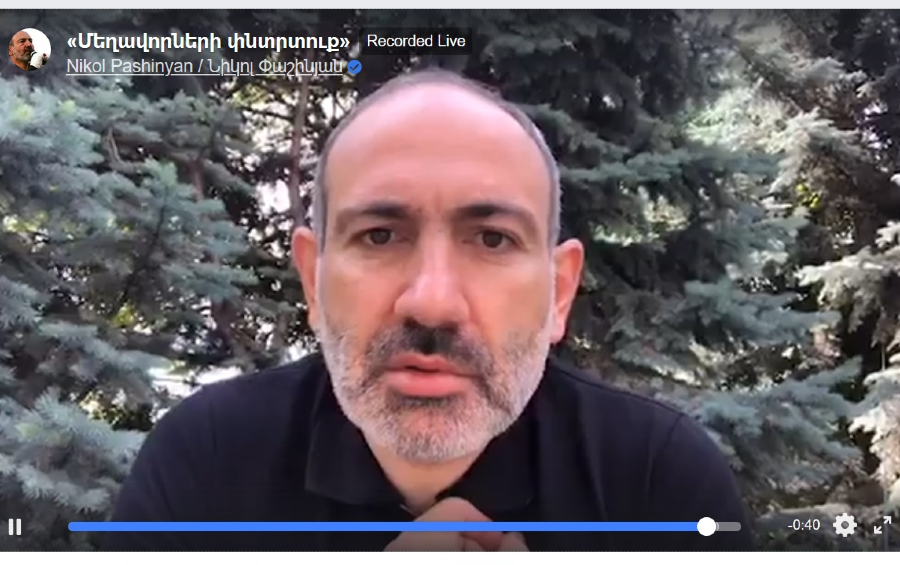 Coronavirus is developing rapidly in Armenia, efforts are being made to try to tighten the emergency protection measures (as we see, mostly in vain), but also to publicly condemn people who do not care about the infection and continue to live as if there is no infection.

In any case, the last Facebook campaign of the Prime Minister had such a purpose when he started collecting photos of those who failed to comply with social distancing and the use of protective means and published them as samples of shame.

He went on to say that the situation was “catastrophic” as by studying the photos sent by users it became clear that public awareness was not high and that law enforcement agencies could not control the situation.

The situation is really catastrophic, more problematic than in the first days of the announcement of the contagion when the main message of the government was that everything is monitored and controlled.

In fact, the situation on the streets and in crowded places has hardly changed. The distance was not maintained, nor is it maintained.

The problem here is why it was not mentioned in such a strict tone in March when there were really preconditions for raising alarm and caution (we were new, fresh, scared). And now there are none because we are used to it and have lost our vigilance.

Perhaps the Prime Minister did not follow the photos and posts of the users, relying on the reports of the police and his advisers.

But this is strictly the Prime Minister’s problem and the decrease of the trust towards him.

And in a broader sense, the reason is that politicians, officials, and not doctors and infectious disease experts have been talking about infection, death, symptoms, and getting infected.

The media with greater pleasure (it’s become so easy and common) invite  MPs and general professionals (NGO leaders or people who like to talk about everything) to the studio, rather than entering an unfamiliar field, such as shopkeepers, bank managers or restaurant owners, who could tell how impossible and at the same time important social distancing is, which is something that they cannot provide.

An employee of any point of sale or market could tell so much about the impossibility of following the rules that it would be a revelation, first of all, for high-ranking employees.

Of course, the involuntary clash of health and the economy has left many in the lurch (not just the mask). Many remain silent, violating basic norms, as they want to make money, and the infection is becoming a lower priority on the scale.

And this is not news that the Armenian government is now surprisingly revealing.

And if it is necessary to raise the fear of getting infected to the top priority and make it a vital requirement, it is not so much the police (who are really powerless when it comes not only to controlling everything but even seeing), but professional words and sobering examples.

It is necessary to do exactly what the Commandant tried to do in the first days of the epidemic, but it also let go of its so-called monopoly on so-called negative examples and even panic. It thought that it could accomplish it without negative examples, even with overwhelmingly happy and positive examples.

The lack of staff from the hospitals in March-April, the desire to improve the real state of health did not lead to anything good.

If we saw the lines and the crowds at the Nork Infectious Diseases Hospital, listened to the exhausted and infected nurses, the doctors of the polyclinic, who now can do nothing against the psychological, the infectious disease specialists participating in the international examinations, the public vigilance would be much higher.

The information field has boiled down to one pipeline (with photos on social networks) with the Prime Minister, who has the status of one blogger for Armenia, who formed an idea about public life.

And he said it was a disaster.

Of course, it is a disaster. Due to the mild attitude of the media, we are not talking about the media that manipulate and target the Prime Minister, the party and Arsen Torosyan only for political reasons.

It is about the approach of softening the information and covering it with decorative patterns.

If, for example, the broadcasting of news on Public Television was our only source of information, we would be sure that there is no “catastrophe” in Armenia, but only prosperity.

Freedom of information also implies who should speak at critical moments.

And as far as we know, it is difficult for many media outlets to find freelance and knowledgeable doctors, infectious disease specialists, or even biologists, because they are not free to express their opinions.

They are constrained by the state of emergency, internal barriers, and because they are part of the system, and the system does not want to crack, that is, to allow for disagreement.

And there must be a disagreement, but not a general-political one, but on a specific topic – the infection and overcoming it.

The Commandant should have sent such specialists to the news front, not to demand that websites place a link only to the data that it had transmitted, processed and edited.

The deputy or a member of the government will not say anything on the air, the infectious disease specialist will say.

And it would be especially important if another infectious disease specialist, biologist or biophysicist was a guest on the air with him, and not a representative of the party talking about patriotism and betrayal.

After all, in many countries, infectious disease specialists play a greater role than health ministers or even prime ministers.

They are informed. And because of that, they are trusted.