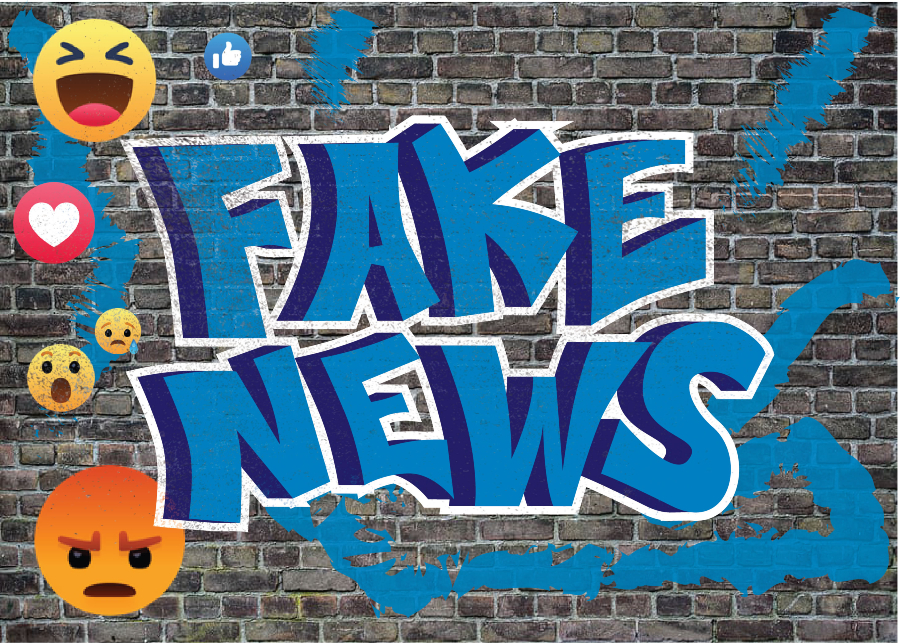 We believe false news, not because we don’t have a brain, but simply because we are not used to thinking before believing or not believing.

Psychology explains why this is so. We believe in fake news because it seems clearer and truer at first glance. They may seem suspicious at second glance, but often we don’t have time for a second glance.

In March 2020, The Economist and YouGov conducted a survey that found that 13% of Americans consider coronavirus to be a hoax, and 49% believe that the virus was artificially created and spread by humans.

In other words, almost half of the respondents believe that there is a conspiracy at the root of the epidemic, and some scientists and other educated people believe in the hypothesis of deliberate infection.

And in that uninterrupted media stream, the fakes become the most credible (albeit strange). Why? Because the creators and distributors of them build false information in such a way that people tend to believe it. And the builders of verified and true news are not worried about that.

Let’s go a little further and move on to the past when the mass media were considered to be truth-tellers. Or rather, the information provided by the classical mass media was considered true. It was congressional information built on ethics that became public truth.

Various crises (including technological progress, which was also a crisis for the media) made it clear that a news machine might not be the truth.

The truth has been removed from the agenda altogether. It turned out that there is an opinion, people talk, there is information, etc. That’s the way honesty works.

It turns out that producing and disseminating news already depends on who is doing it and for what purpose.

The distortion of information has two layers: deliberate deception (misinformation) and unintentional deception (without thinking that they are deceiving).

In both cases, we are dealing with the creation of a false context that affects the selective perception of information. And fake builders are well aware of this, using a variety of tricks.

First, the news is set in a painful context.

When the news touches upon painful topics, it has a stronger effect.

For example, one of the most painful topics in the world is migration, alienation, fear that immigrants will take away the work of the natives, prosperity, and so on.

And it is natural that the virus and China are related in this way, the Chinese have done it on purpose. Then comes the other idea: the Chinese need it to rule and humiliate us, the honest ones. Then the other thought is added to that frightened state: big corporations, strangers, blacks, dark forces, Bill Gates, 5G, etc. want to rule us.

These signals become more influential when society is narcissistic, constantly under media attack.

It is not necessary to deceive the consumer with news, but it is necessary to make sure that the consumer, feeling pain, starts acting. The purpose of the campaign is to notice a way out of the painful context, to make the audience start acting, accepting only one side, one point of view, one way out. To choose a way out is a matter of life, otherwise, we will feel trapped without a way out.

So that the desire to act, to get rid of pain and fear becomes a sticky goal. And man will accept that there are enemies and friends, black and white. And at some point, he’ll come to terms with the fact that yogurt is black.

Fear is the greatest weapon of information.

While various governments are trying to persuade that the contagion is manageable and overcomeable, as it is the guarantee of their longevity, fake news does the opposite.

They instill fear in everything, not letting common sense come to fruition and whisper a few questions in the ears of the reader.

Of course, society has long been in fear.

On the one hand, globalization is suffering: we do not want to admit that this process will not stop.

Add to that the feeling of loneliness. Not only do we feel completely alone and helpless, but we are looking for evidence of it. And we find it…

When we find ourselves alone in a globalized world, we will naturally begin to believe that addiction and loneliness will deepen (we will be chipped, controlled, vaccinated, and infected). And we start modeling apocalyptic ideas, in which fake news fits very well.

As a rule, fake content is anonymous and extremely emotional. It is based on information that is presented as a threat to life, security, peace of mind, genetic memory, freedom. And it is mentioned that there are many victims and there will be more if we do not start acting and fighting right now.

At the same time, fake news does not contain any facts that can be verified. Instead, the news is vivid and filled with imagery, based on personal feelings.

One condition of being vivid is also the shade of patriotism, which is constantly exploited as an application that activates the brain’s operating system. As soon as we see a reference to patriotism, the possibility of meeting a fake message increases immediately.

Fake news is attractive because it is placed next to big things: the capitalists who are destroying the planet, the technologies that want to destroy the nation, the urge to put the country’s interests above personal interests, and so on.

It’s as if they say, we know, come to us (come here), we are warm, good, safe, here you are not alone, here you are at home, there are a lot of people who think like you.

Fake news must be repeated often.

You believe in the thing that there is a lot of. And so those who spread fake news are deliberately trying to keep this or that news going on in our news. The more we read, the more likely we are to believe. it’s simple psychology.

Especially when dealing with constantly changing and branching COVID-19, where there are no final solutions, once and for all proven facts and clear predictions. A pandemic is an evolving event, and that’s why the accompanying fakes are developing and becoming easier to believe.

You can’t distract a person from what he trusts with one or two messages. It is necessary to keep repeating the same thing, change it a little and repeat again. The audience’s behavior and consciousness changes as a result of quantitative information. They say the same thing a billion times, and sooner or later it reaches the audience.

News aggregators and social media algorithms adapt the information to our desires and show the picture of the world that we like. And even those with a high IQ become hostages of fake news with a clear conscience. They see something many times and begin to accept it as the truth.

There is no time

Most of the information that comes to us every day is just noise, and it’s important to differentiate from the alarms. Fake organizations understand that they should not give time to think, and the same thing should be said constantly on different people’s lips and on different platforms.

The audience often spreads and shares the news, and then only thinks about whether the thing they spread was credible or verified.

Moreover, we spread what we do not believe in ourselves, or at least doubt. Why? Because we consider it more important to hurry and react than to delay and think. The “push, spread” internal drive has nothing to do with searching for the truth but is more aimed at getting a network effect in the form of likes, shares and comments.

We like bright and fake information more, we all know that and subconsciously try to take our place online and so on.

Online, the winner is the one who does not tell the truth but says something that motivates as many people as possible to interact. We can even write, I don’t know if it’s true or not, but I’ll give it to you to read.

What matters here is not the mind, the intellect, the education, but the urge to act immediately. Consciously slowing down … That is, not directing oneself only with the first, violent stimulus to respond, but waiting for the second or third stimulus to respond. The brain sends a signal that you have found something important, that you should spread it quickly. And the second wave prompts us to wait and see if we need it or not.

Be as influential as fake news

Organizations or media outlets that want to combat fake news get the best results if they use the fake structure. For example:

It is not worth focusing only on the denials, it is desirable to present the explanatory materials as a discovery with a clear language and a clear message. After all, by denying myths and falsifications, it is more the circulation of the negated material itself, which weakens the effect of the denial.

Why check the information? The answer to the question can be repeated like a mantra. So that the idea of what life is in our brains coincides with reality.

We can’t live with the constantly torn and contradictory ideas in our hearts, we must make a choice, otherwise, the brain will be blocked and we will go crazy.

Those who promote fake content are in favor of a half-crazy audience that is ready to beat their breasts and go to work immediately, and without thinking will blame others.

After all, it’s hard to accept that you are being deceived. It’s easier to blame someone who wants to open your eyes. And attack him, proving that you will not be deceived.

In fact, it seems to be working out pretty well.