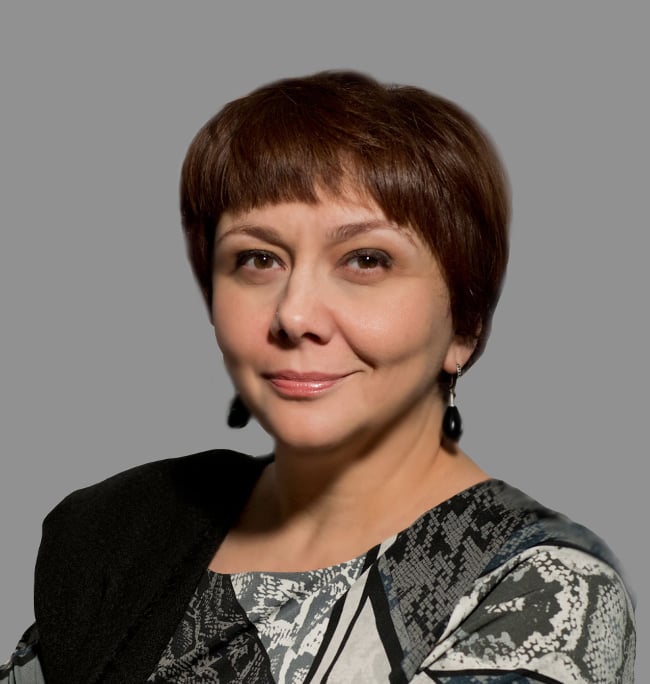 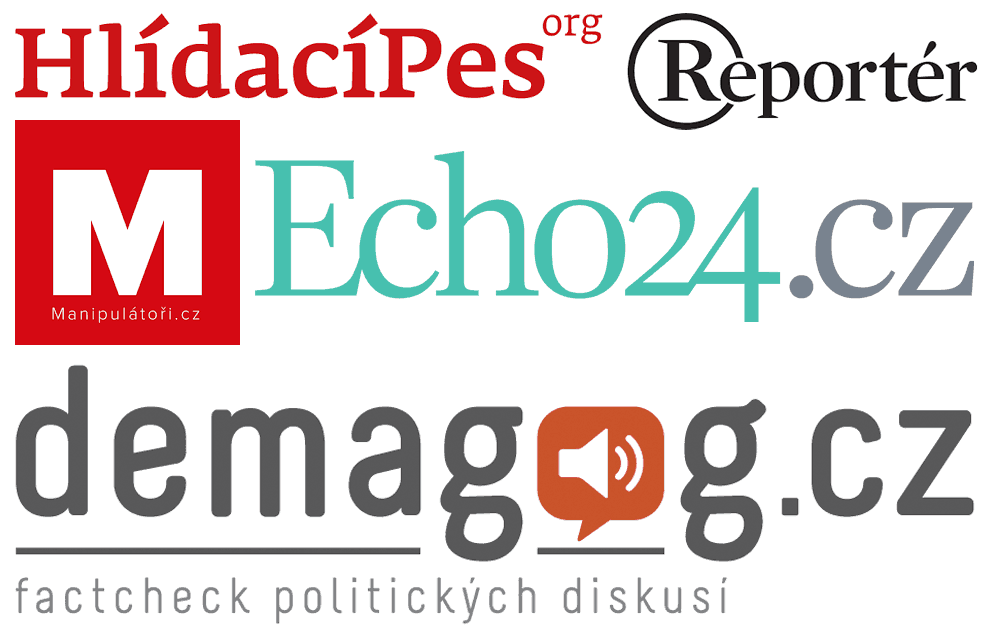 “Today’s atmosphere in Czech society shows how important independent journalism is. The role of journalism is increasing in a time riddled with the bias of media owners, world division, trolling, fake news and cyber wars. Through grants, bonuses and counseling, we support editorial offices that engage in serious journalism, respect liberal democratic principles, and are not funded by major financial groups or magnates.”

This is how the Czech Endowment Fund for Independent Journalism addresses its potential investors, including ordinary citizens from all walks of life.

The fund does not accept money from states, including the Czech government and the European Commission. This rule also applies to high-ranking government officials. The foundation does not accept “dirty” money. The financial policy is transparent, very clear and its description is made up of just a few comprehensive lines.

Getting an agreement is not easy, the benefactor or company is thoroughly scrutinized, particularly through the online platform, Cribis. This is a paid database of more than ten million legal entities and individuals in the Czech Republic and Slovakia.

Based on more than 40 available and closed sources, this database contains information on owners, extensive coverage reports, bonds, etc.

“Every day of my life and business confirms the need for well-functioning independent journalism,” said Petr Cichoň, a businessman who owns a fast-food chain and who is the founder of the Endowment Fund for Independent Journalism.

The Foundation’s support is focused on viable projects, with special attention to analysis, journalistic investigations and coverage of key social issues.

At the same time, only those members of the mass media which have a transparent ownership structure and are free from the influence of large political and economic groups, and the state government can claim the support of the foundation.

The money received from investors is used exclusively for grants. The salaries of the foundation’s small group of employees (only 3 people), the maintenance and other administrative expenses of the small office in the center of Prague are taken care of by the founders.

2013 was a difficult year for Czech journalism. Property in that small European country was being redistributed.

German corporations, which had a significant stake in the Czech media and were largely driven by the business model, came to be replaced by local oligarchs.

The owners of two leading periodicals, MF Dnes and Lidové noviny, have changed. And it turned out to be an irreversible process.

Soon, other print periodicals and publishing houses fell into the hands of non-media businessmen. For them, journalism became a means of gaining power and political manipulation. Authoritarian tendencies began to emerge against the main enemy, the free media.

This was compounded with the rapid development and impact of the Internet on the media and advertising market as well as the decline in sales of print media. Many well-known journalists, who were the guardians of the rules of professional ethics, began to leave the major periodicals.

“I don’t want to re-read Orwell and the fifth edition of his typewritten Animal Farm,” said Richard Kaucký, an IT specialist and founder of the Foundation.

According to a corporate legend, the founders of the Endowment Fund for Independent Journalism met regularly at a business club in Prague and there were many debates on the Czech media. They were united by concerns about what had happened and a desire not to allow media resources to be concentrated in the hands of politicians, including the current Czech Prime Minister Andrej Babiš.

There are 12 founders of the foundation: They are businessmen, rich, successful, educated, far-sighted, predictive of future developments, whose names are well known to many in the Czech Republic.

Among them are the owner of the fast-food restaurant “Bageterie Boulevard” Petr Cichoň, the owner of the hotel and spa chain Tomáš Richter, the partner of the RSJ Group investment fund Libor Winkler,  who also owns wineries, the “Vinlgraf” brand “Vinegraf” wine chain and Michelin Star winning restaurant “Field.” Among the founders are the owners of law firms, consulting companies and publishing houses.

Everyone is united by a sense of social responsibility and the realization that centralizing media management in the hands of people for whom the media is not their main business, and allowing them to have an impact on independent editorial content, is a danger to a democratic society.

March 2020 was a difficult time for the whole world. Including the Czech Republic, the media and journalists.

Naďa Straková, the foundation’s key accountant and fundraiser, said it was immediately clear how the COVID19 contagion would affect the media.

“I started writing letters to all our investors explaining how important it is for them to help the media. We appealed to citizens and businessmen not to stop subscribing, not to stop advertising in order to avoid disaster … ”

The foundation first tried to ensure the safe operation of journalists. In the early days of Quarantine, it provided journalists with 200 protective masks that were in short supply, and wearing them was a must in the Czech Republic. Later, recipients of the main grant were given 2.5 million Czech korunas (about 90,000 euros) in emergency aid.

Journalist, analyst, new media specialist Filip Rožánek believes that no one could have offered sufficient and quick solutions, as it was not predictable how drastically everything would change.

“We see that the audiences of television and news websites are reaching a record high. But at the same time, advertisers have cut their budgets, and people are unable to buy magazines and newspapers because of the quarantine. Some radio stations have reduced the salaries of hosts and journalists, and TV stations are operating with minimal staff. The media is waiting for the future, hoping that the government will clarify the quarantine conditions.”

All over the world these days, NGOs, simply people who think and intellectuals are concerned about the future of journalism.

“COVID19 is a threat to the free press … European citizens now, more than ever, need professional, economically sustainable journalism,” the European Federation of Journalists told European governments in their statement.

The Czech Endowment Fund for Independent Journalism is also concerned about possible pressure on the press.

“There is a risk that we will not notice the fundamental and unstoppable legislative changes under the conditions of emergency measures. The steps taken by the Hungarian and Polish governments show how exceptional power becomes in emergency situations.”

“I do not want to emigrate the way our parents did. I want to live freely in the Czech Republic, ”said Petr Laštovka, a financial specialist, businessman, founder of the foundation, member of the supervisory board and governing body.

The Endowment Fund for Independent Journalism is not just a charity. The founders and staff are convinced that in addition to financial support, quality journalism needs a favorable environment.

Josef Šlerka, director of the foundation, a researcher in new media, and a lecturer at Charles University, is leading several analytical projects. Mapamedii․cz is positioned in the sea of Czech Media as a guide, navigator. There are a lot of analyses and information about the Czech media on the project’s website.

When the Czech Television Council and the Czech Radio Council were elected in the winter and spring of 2020, the foundation monitored the press and collected all the topical publications. These elections were held in very difficult political and social conditions.

The “Rating of News Websites” is of particular interest, which for the Czech media is like a unique litmus test. The creators of the project, headed by Josef Šlerka, offer a quality analysis of each site, based on three criteria.

The first is the transparency of the periodical, which implies information about the real owners, the editorial staff, the authors of the materials, and the financial sources.

The second criterion is the handling of sources, the availability of links, the ability to verify their authenticity, the protection of copyright.

And finally, the third criterion is honest and open communication with the audience, when the media avoids manipulations, sensational and misleading headlines, clearly separates facts and opinions, advertising and information.

Josef Šlerka said that “a rating project helps readers determine which online media is trustworthy and which is not.” It is a tool aimed at professionals, analysts and journalists, and it helps the foundation to select those who create quality journalism. This is how the foundation evaluates the results of its support and makes sure that its assistance is targeted.