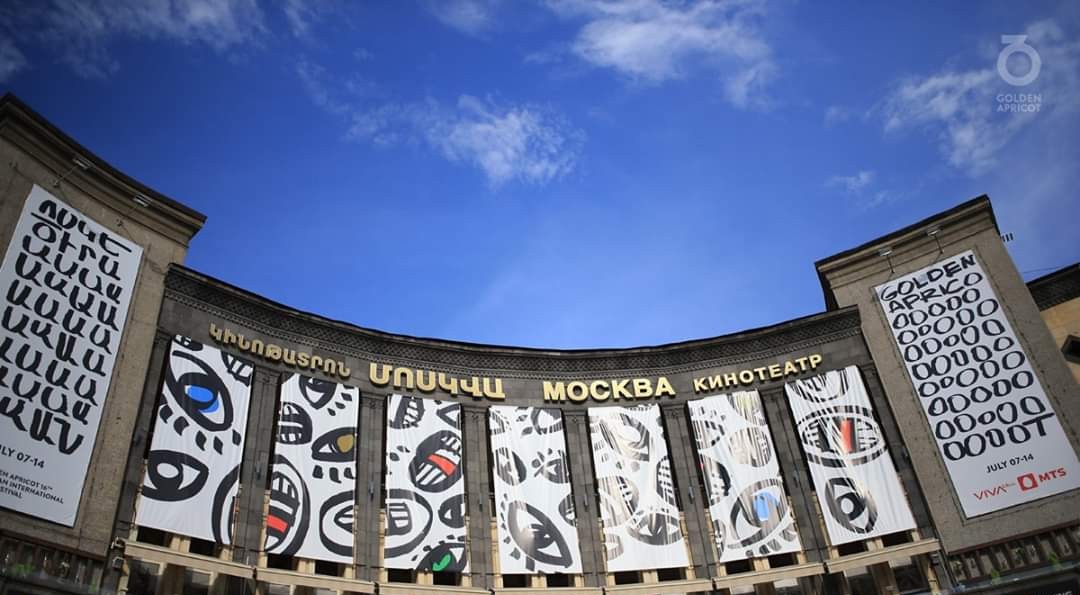 The Golden Apricot International Film Festival, which has been held for the 16th time in 2019, is trying to become modern. The best, most crowded and rich festival of Armenia has made an announcement.

Throughout the years, the festival has tried to fill in two gaps: to boost the Armenian film industry and to restore the pleasure of being a spectator in a movie theater.

The problem is very deep, basically the dual harmony of the private and the public, at the conscious and the unconscious level.

Moreover, the private perception seems to be perceived only as a closed space for material interests, and the public, something that does not have a master, and consequently becomes unnecessary.

All cinemas and manufacturing companies in Armenia are privately owned by nature and purpose (a part of the Moscow Cinema, for example, is already a hotel).

Cinema is a movement, a noisy outdoor space, and the hotel is a closed, silent, unobtrusive and besieged area where the entrance is not for everyone.

Like our cinemas, film production also has a “hotel” logic. That is, it is a phenomenon for itself where it is difficult to find public prospects and quick passages from the inside (personal) out (street, city, state, planet).

Surviving the action on the screen, the audience moves from personal to public and vice versa, testing the lives of the filmmakers on their skin. It is at that moment when you begin to care for others or rally and enrich it.

From personal and private to the other person, it is desirable to make a private move as natural as breathing and as self-sustaining. This is the public interest, the public good.

We become better because we see (and the best format for this is watching movies) how different people, aliens, others live. Fictional characters and real people.

How do they solve their personal problems, big and small public spirits and guaranteed thread-hooks and imprisoned at the same time? We see diversity and appreciate diversity because multi-color is better than monochrome.

Even though the Golden Apricot has serious internal problems and maybe the most upsurge in refinancing, this festival has always emphasized that we are making good through cinema as we learn, enjoy and defend it.

In this year’s Golden Apricot, several media outbreaks took place which were not linked to the films, but which clearly reflected the public fears that had accumulated over the years and then went to the film festival.

News Opportunity 1: Business and the knight

Delivering a knight’s medal to a well-known and unacceptable businessman has resulted in a small media storm in Armenia as a businessman cannot be a knight for one simple reason: business cannot be clean, it is full of dirty connections and a knight is clean with white gloves.

The film festival in giving an honor to a businessman opened a complex conversation about the perception of private property. Media outlets and social network users criticized this move because of the stereotypes that art is pure and business is not. The idea that art is not the work of knights was not considered.

Now, when a sign of equality is placed between a businessman and a knight, society begins to attack both the businessman and the festival. And as for salvation for morality (how was it possible)?

It’s simple because we have the business field that we have. We had no other experience and tradition. We have not seen that the way to property is from the private to the public (and vice versa) open and visible with white gloves.

A major businessman in Armenia is definitely a tragic image, he seeks to be rich, inviolable and secretive, which is actually absurd. The wealthy public figure is a really tragic character in Armenia.

The film “The Capture of Society,” was about a young transgender woman and was awarded the Silver Apricot prize for short films at the Golden Apricot Film Festival. Not only for the prize, but also for the fact that it was screened in the first place became a topic of discussion in the media field for a long time.

The posts and articles on “the degradation of national values,” “immoral preachings,” again raised the issue of public stereotypes.

And the first stereotype is the fear of what is different from us.

To overcome this fear, many people attack directly, protected by nationalism, tradition and other abstract barriers, just because they do not know where to settle personal differences.

Many seem to think that the public is a tough, homogenous, unchanging surface that will break if someone is known to be different. In fact, it’s just the opposite, the congress of different groups which strengthens the public.

The transition from the private domain to the public always requires courage. It is difficult to talk about what is traumatic, contrary to accepted norms, but about whom a person wants to talk, feeling that they will not do it otherwise.

For a long time in Armenia, the media has stoned people who are different from the LGBT community, to neighbors, enemies, women, children and men separately, that society no longer wants to know what is shown on the screen or appears in the media field as being the raw material for reflection.

After all, it’s a fact for Armenians who have a ghost Diaspora. As they say, one nation, different cultures, otherwise where is the nation’s resistance? It is this: the passages from inside out and back in again enriching without the attitude of a denier.

If you’re scared of things that are different, it’s worth it. Cinema is a valuable vaccine.

Finally, Turkish and Azerbaijani films also play that role to help them see what their neighbors are thinking about.

This year, the Golden Apricot splashed us with images and a new style of posters.

On one hand, this was a minimalistic, but sophisticated design that played with the vocabulary of the Armenian language attracted them, added to them and made them audible.

And on the other hand, the festival circulated words that are beyond the literary boundaries which are more often used on social media or in youthful jargon.

The festival decided to make the words used in a personal or narrow circle more visible and publicized and raising awareness of their use, most notably as it is not accepted in public places.

Many did not like the new design, news about the inadmissibility of the language and the immoderate usage of foreign words. Again, there are accusations of where we have come from, the language is being distorted.

This wave also proves the fear of distortion and deviation has solid grounds. After all, the health of a language is also conditioned by the tradition of going in and out. You should try to use it to make it clear whether it is done well or not. Otherwise, you will not know and will always be surprised to meet another style, biography and fate.

The design of the Golden Apricot fonts was so simple that even a child could do the same. This is the approach when the author has purposely removed their work, prompting everyone to duplicate, continue and complete it.

There is nothing complicated. Really there isn’t.