Interview With A Star 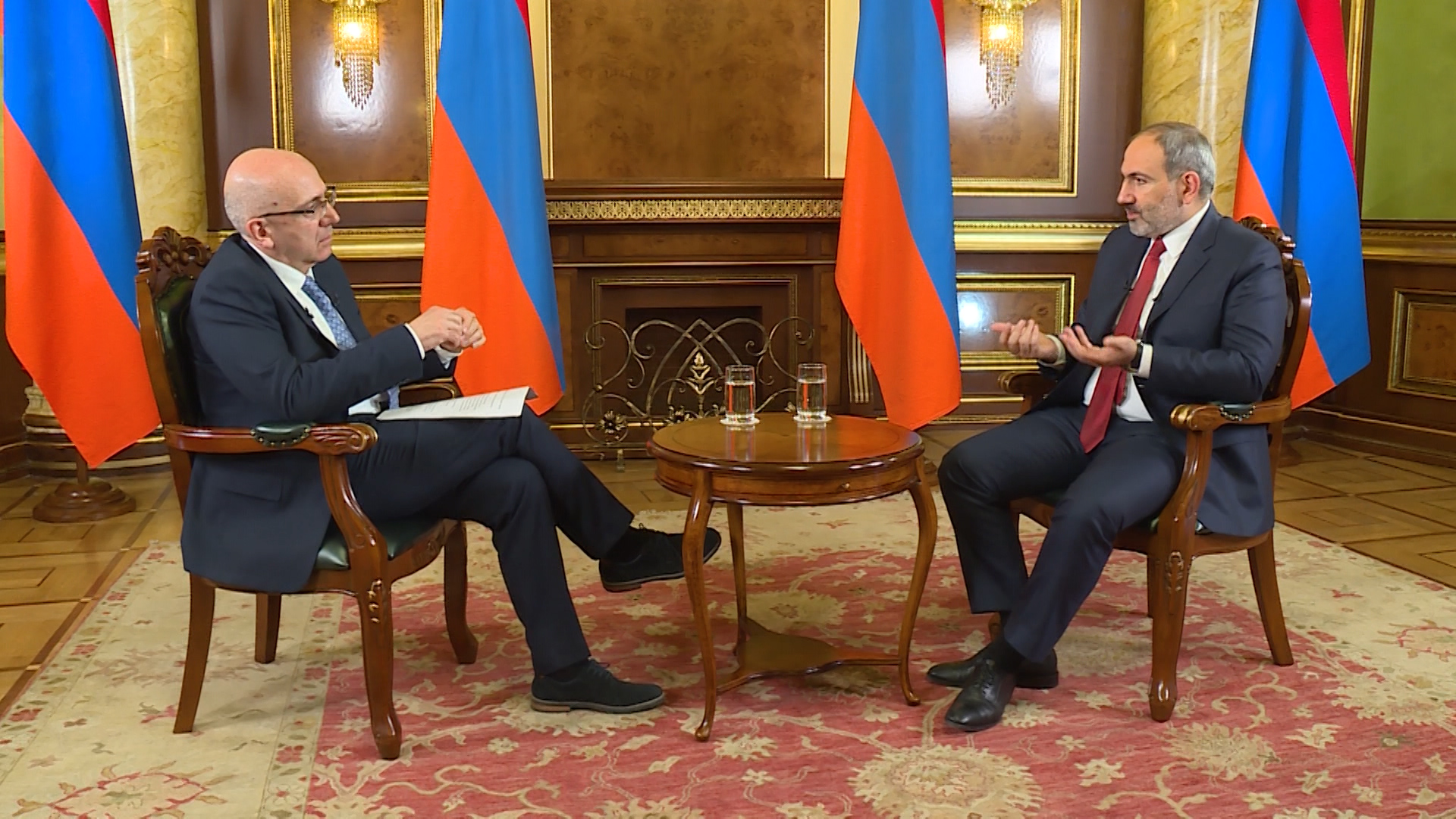 Prime Minister of the Republic of Armenia, Nikol Pashinyan, has never underestimated public relations, has communicated and continues to communicate in different places and answers questions in different formats and in different moods, tense, thorough, happy or angry, at large press conferences or in meetings on the street.

The interview with Nikol Pashinyan, which was broadcast on Shant TV on June 13, had a totally different level.

Of course, this was not the first case when Pashinyan had been interviewed by an Armenian journalist when bearing the status of Prime Minister.

There was a conversation with Tatul Hakobyan on CivilNet, which was improvised, maybe that’s why it wasn’t so exciting. There was also a walking conversation with Tatev Danielyan on Public Television when the bodyguards were walking with the people, and proving to the audience that this wasn’t completely a face-to-face conversation, rather a show-program, where the steering wheel was only superficially the hands of the journalist.

And Pashinyan’s interview Aram Abrahamyan was really an interview where the journalist was present, not superficially, and it was nice listening to that journalist.

It can even be said that it was a master class for all those journalists who think that asking questions is not an art form. That it is enough to simply “grab” a well-known guest, ask a question based on a mistake or a scandal, with a scandalous voice, and consider that enough to please the audience.

To conduct an interview with well-known people (to conduct it well), it really doesn’t take much, you simply must be a journalist.

Remember, the person giving the questions is neither a servant nor opposition.

And there is no need to flatter the guest and aim to present them as an idol with an irreversible reputation (in order to rise up in their eyes). In any case, we remember that Gegham Manukyan’s interview with Robert Kocharyan was also weak thanks to that.

The journalist is not the guest’s opposition to say I think, and I do not think, but at one point you said the opposite etc.

The journalist takes the wheel in their hands so they don’t show. To be there and keep control of the wheel, and the guest present themselves.

Either way, the guest is still the star (even if they are not a star), and the desire of the journalist to actively show their opinion is a bad sign.

The journalist only shines from the shadows. It doesn’t work any other way. Aram Abrahamyan knows this as well. If you watch the interview, pay attention to how he is able to say so much by saying nothing.

Only a high-level journalist would respond to Pashinyans answer, “I do not consider it appropriate to comment,” with “that is also a response,” moving on to another question immediately.

After that, any guest will try to understand why they aren’t being “attacked” anymore, if their answer was unclear or if they didn’t answer at all.

Hanging up on the question or contrarily asserting it, completely depends on the journalist. And it should be done with almost panther-like flexibility, that is, in as flexible and fluid a style as possible.

A good journalist knows how to finish the question and when. This is perhaps the most important ability in the TV interview.

Journalists who are on air, love to appear eloquent or vice versa, casual-friendly. And as a rule, they love to hear their own questions. They talk and listen to themselves with pleasure.

Pashinyan probably did not have an interview with a good journalist, which is why it showed that he was thinking in the scenes, because his answers were not well-prepared enough, despite the fact that everyone knows that Pashinyan is a great speaker.

An interview is a pendulum, which if it swings a lot, it doesn’t bring honor

Tone, pauses and changes in the topics are those are the abilities that can be tempered and polished over the years. Aram Abrahamyan can say in a cheerful voice that everything is fine, and people sitting behind the screen can hear the idea, not just the words.

It’s a good thing to be a good journalist.