The Day Of The Citizen, Or A Political Team? The Media And It’s Interpretation Of The New Holiday 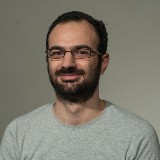 By issuing a “Citizen’s Holiday” in honor of the 2018 Revolution, the government is trying to create the tradition and mood of the joy that a significant part of citizens was going to relive on the occasion of the “jubilee” of this year’s events either way.

The media has a problem, in staying as far as possible from the political team’s creation of a new public myth.

First of all, let us clarify that it is not literally a myth, but a public myth and tradition, that is, a widespread perception of an event or phenomenon which, to a certain extent  (in the long or short term), begins to influence ideology, values and therefore politics.

There are many examples of such fabrications, starting with the legend of the battle of Avarayr and the tradition of celebrating it, ending with, for example, the liberation of Shushi on May 9 and not on the 8th, and making that day one of three holidays.

There are also contrasting examples when the state tries to hinder the formation of new public traditions and myths. For example, the USSR, especially in the early years, ignored April 24, the history of the Armenian liberation movement and the first republic.

Now the ruling team is trying to make a tradition of the triumphant perception of the events of April-May 2018 so that it does not hang from a possible decline of public support in the future.

It is clear why it is necessary for the authorities.

No matter how much the justifications emphasize the “recapture” of civil rights as a motivation of celebration, everyone understands that when talking about these events, it is impossible not to remember their main players, the current authorities.

Strengthening the victory in 2018 in the public consciousness as well as turning it into a celebration also emphasizes the liberating image of the current government and therefore its political positions.

Historians, media and readers may be surprised and even angry by the members of the government’s team to compare the events of April with the victory in the Karabakh war, the exaggeration of the Armenian revolution for human history or the call for “branding,” exporting and advertising of it.

These calls are and will be because they are an effective political tool.

For the mentioned reason, when referring to the revolution’s “anniversary,” the media appears in not so much of a comfort zone.

Even if the decision to celebrate hadn’t been made, of course, we would over the “anniversary” of the events. Perhaps all the editorial offices in Armenia are wondering what will be published in the second half of April, revealing old materials, looking for new stories and heroes, writing new analyses.

Anyway, we will be a participant in the revolution myth.

However, giving a public holiday to events underscores the fact that by doing our job we are becoming the”ally” of the team that has made the decision regarding the holiday, if not the new legend whether we want to or not.

How to cover the “Day of the Citizen” and in general, the “jubilee” of the events in a state when the current authorities try to make the results of their actions a national holiday?

How to tackle the significance of what happened, not forgetting to emphasize the key players, but at the same time avoiding the unnecessary glorification of the key actors?

And here, staying as far as possible from the political assessments, we have to try to decide whether the revolution has led to radical changes in the life of the country over the past year or layed down their foundation.

The question itself is highly controversial and is a chance for hundreds of other articles.

Let’s record the most obvious: there have been no major frustrations and collapses in the republic, nor fundamental reforms that give a new impetus to the development of socio-economic and other spheres.

In other words, the revolution has not yet answered the question of how effective it is.

And so, what should be done on April 23, then on the day of the citizen and then on May 8.

Can you give in to the expected “festive mood?” Or do the opposite, criticize the omissions? Or try to find a quantitative or qualitative balance in the day’s theme, reflecting on both the positive and negative.

Maybe it is also possible not to cover the statements of the politicians and forget their role, based on the principle of “it is the day of the citizen and their victory, and we are covering it.”

Of course, every editorial team and journalist will decide on their day-to-day tasks. The important thing is, however, that the expected good and happy mood, as well as their own emotions, are not used against us in order to weave a myth.

In general, the media seems to have subconsciously or consciously sensed that delicacy, and as a consequence, is very discreet about addressing the “Citizen’s Holiday.”

How can one be very happy when a process is being celebrated which has not yet passed its “test?”