The Umbrella, Gohar, Merkel And Others 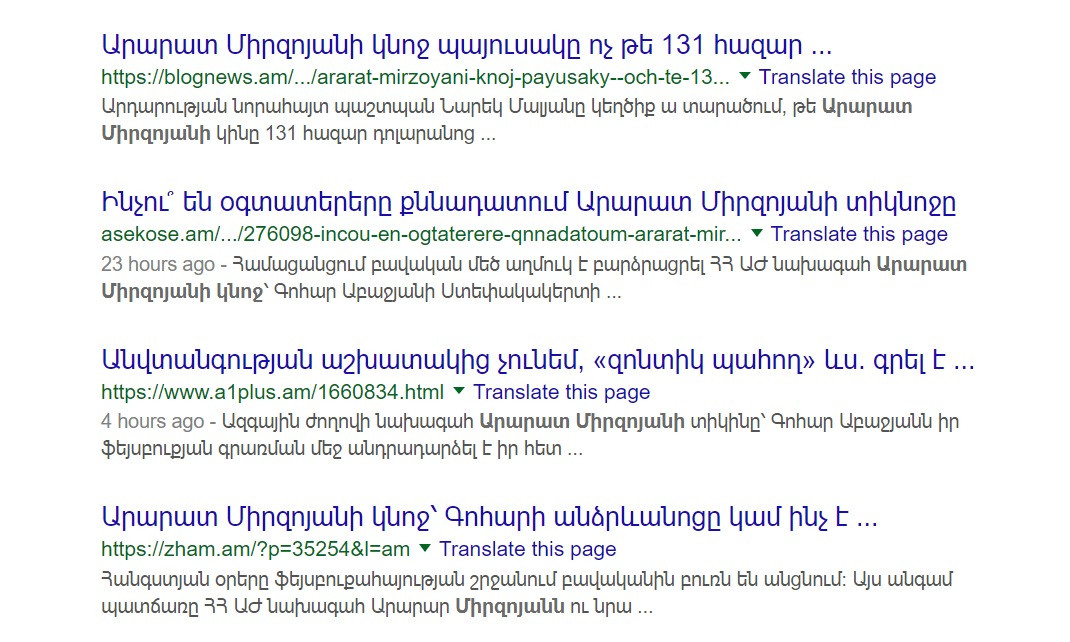 The champion of the discussions on social media revolving around the RA NA Speaker, Ararat Mirzoyan’s visit to Artsakh was the umbrella being held over his wife, Gohar Abadjyan’s head.

The photos taken at the Stepanakert’s Brotherhood Memorial and which were published on the Artsakh Parliament’s Facebook page show how a man was holding an umbrella over Gohar Abadjyan’s head.

Furthermore, there was no umbrella held over the head of the NA chairman, Ararat Mirzoyan.

At first, social network users discussed the NA Speaker’s wife and the umbrella, then the websites. Basically websites that re-publish materials and run after easy content. Naturally, copying each other word for word.

Those who believe that Gohar Abadjyan having an umbrella held for her was out of arrogance or shows an abuse of power, or those who just perceived it as a negative phenomenon, brought numerous and diverse photos of when leaders of different states, Obama, Merkel and others, held their own umbrellas.

Those who want to counter this argument simply need to conduct a light search on the internet. Pictures where the same politicians have umbrellas being held for them can just as easily be found.

For example, Queen Elizabeth II of the United Kingdom.

If you drag the mouse a bit to the right, the Queen will hold her own umbrella. If you drag it to the left, someone will hold it for her.

The same is the case for Macron and his wife.

The question is the choice of photos. Which side are you playing for in social media?

There is a photo that can be discussed, there are other photos, which can be selected as an argument or a counterargument.

Additionally, the cost of Gohar Abadjyan’s bag which appears in the photo, which according to one Facebook user was $131,000, who then wrote that it was only $495, until Ararat Mirzoyan’s wife herself announced that the price was between $100-250, adding that the bag was not even hers.