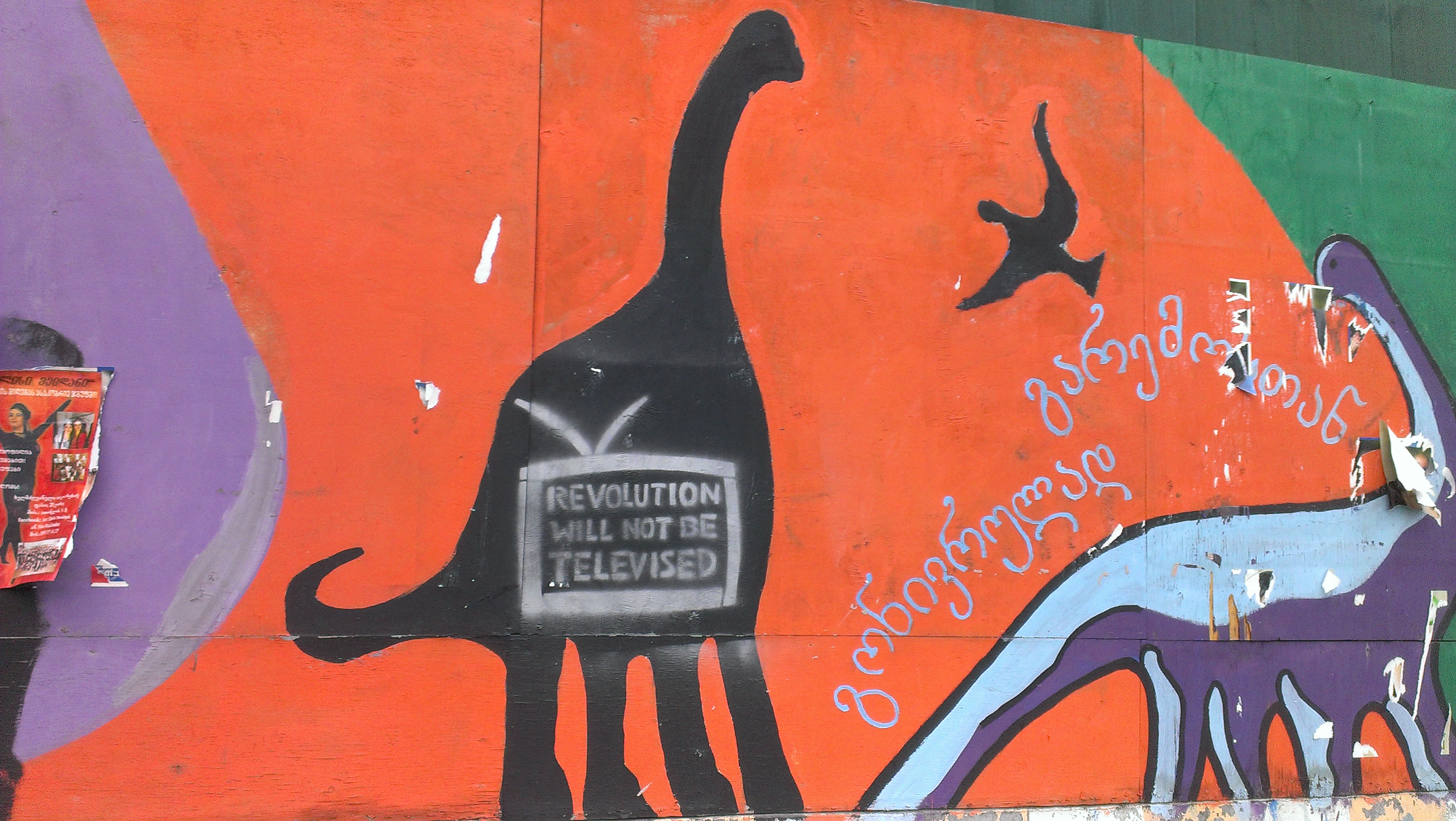 In ‘74, Gil Scott-Heron wrote the work The Revolution Will Not Be Televised, which until now receives different interpretations.

This phrase is often repeated during revolutionary movements, bearing different meanings. Each person understands it in their own way.

On one hand, television broadcasts are always perceived as the basis for the ruling administration. On the other hand, as part of the world of the bourgeois, which is not revolutionary.

Television usually, truly, doesn’t show revolutions. People watch ballet, penguins, but not that which is taking place in the street. After all, the revolutionary doesn’t have time to watch TV, they are on the street.

The revolutionary movement in Armenia in April was out of the mold.

In fact, the revolution was broadcasted in the end, with scolding, and even from traditional TV channels. Lives had serious, if not the most serious impact. All of this has been spoken and written about at length and it’s not worth repeating.

It’s interesting to know the effect of this live revolution on the post-revolutionary media field in Armenia. The interesting part is right now.

Online broadcasts are becoming more dominant. In fact, during the period of April-Maya really large part of the public moved to the internet, mostly to Facebook and YouTube views.

The audience on Facebook grew with about 250,000 active users during this time. The views of videos on informational pages also saw a sharp increase.

Simultaneously, YouTube’s audience experienced both quantitative and qualitative changes. Until recently, YouTube was primarily a platform for watching video clips. Now it is possible to confirm that it is used as a social network

From the graphs (data according to Socialblade), it appears that after May, a decline occurred, but even taking that into consideration, the audience has still grown several times, and will continue to grow.

Society has learned to replace traditional TV with the internet, as TV is incapable of satisfying today’s average user, a person who has a smartphone, cheap mobile internet and most importantly the desire to get the news right away rather than after editing and montaging.