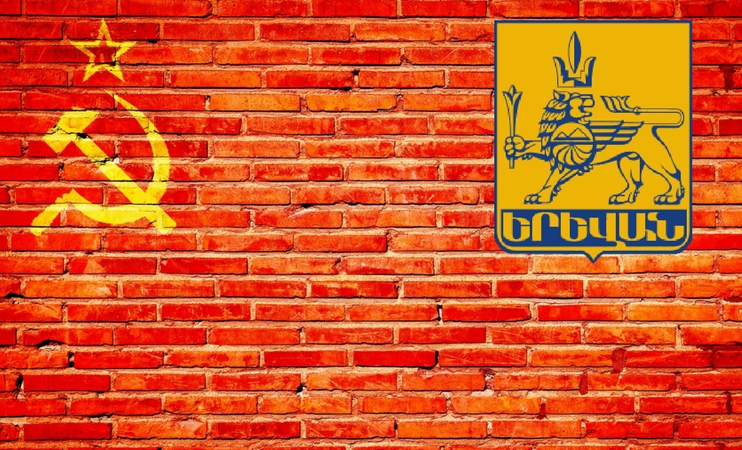 The Head of the Information and Public Relations Department of the Yerevan Municipality, A. Gevorgyan, has sent a letter to A1+ television company management regarding a concern about the incident which took place February 19 at Yerevan City Hall and a violation of Article 7 of Section 2 of the RA Law on Mass Media. According to this law, “Dissemination of information recorded on video is prohibited if it has been recorded without first warning the subject, and if the subject was under the impression of being out of sight and sound range of the video recorder, and/or has taken sufficient measures to ensure that.” He asks plainly to be told “what measures have been taken against journalist Susanna Poghosyan and cameraman Bagrat Saroyan for having violated the demands of the law as described above (a copy of the letter can be found below). A similar letter was sent to RFE/RL’s Armenian service (Azatutyun).

To be honest, when I read the prehistoric Soviet-styled writing, I whispered to myself, in hopes of understanding, this can’t be real… can it?

No, indeed, there is such a letter, and according to the calendar, it’s now 2018. I think that’s the case for all of us, but not for the Chief of the Department of the City Hall of Yerevan. In general, recent events have shown us that time has come to a standstill at Yerevan Municipality, as the best Soviet-style bureaucratic traditions continue there.

It seems that the calendar of the head of the department is not from 2018, but from 1984, and he considers himself not to be an employee of the municipality, but the Head of the Press Sector of the Yerevan State Committee for Agitation and Propaganda of the Communist Party of Armenia (CPA), that A1+ and Azatutyun are also members of the CPA, and that he can demand information regarding the “measures they have taken.”

It’s been a long time since I have seen such an absurd anachronism, and since I’ve laughed this hard. Thank you, sir, for that.

Of course, this letter is not worth any more than ridicule and laughter.

Seeing as the gentleman’s behavior, said kindly, is beyond the scope of healthy logic, however, I am forced to say two serious things.

Firstly, sir, remember (or at least look at the calendar, and though it may be difficult, make an effort to remember) that we are now in the year 2018, that the media has long since been independent from state or local self-governing bodies and they are not an organ of any of those bodies or any political party for that matter.

The municipal official does not have the right to request information regarding “measures taken,” much less demand them.

Secondly, sir, you only have the right to suspect, suppose, and at most to believe that the journalists’ actions were a violation of the law. However, you have no right to imperatively claim that there was a violation. A breach of the law can only be determined by a court ruling which has come into legal force.

But seeing as for the gentleman it is still 1984, he reserves the sole right to determine that there was a violation, and that the media must inform him of the “measures taken” against the offenders. We’re lucky, he didn’t write “to report…”

Thirdly, even if the court ruled that there was a violation of the law (I am convinced that such an absurd judgement wouldn’t be the case even in Armenia’s semi-independent court), then the implementation of the actions aimed at eliminating the infringement is carried out by other bodies, and it is by no means the function of the municipality official to demand information about the “measures taken.”

Allow me to be serious for a bit longer, then we can laugh together about this anachronism.

In my opinion, there was no such violation in the actions of the journalists. I repeat, the final decision in any case lies with the court, if it reaches the “magistrate.” The continuation of the gentleman’s quoted Article 7 of Section 2 of the RA Law on Mass Media goes on to say, “except in those cases where the means taken by the video recorder to capture inconspicuously were obviously insufficient.” Furthermore, it is written in Paragraph 3 of the Article, that the dissemination of similar information “is allowed, if it is necessary for the protection of public interest.”

As you can see, the municipality official has purposefully left out that part of the article, perhaps measuring people by his own weight by assuming that we don’t know how to read…

Allow me to finish with a piece of advice:

I would advise A+ and Azatutyun not to respond to his letter, as firstly, there is no written law which obligates them to respond to any such letter from a local government official.

Secondly, this anachronism, let me repeat, does not deserve anything more than laughter, ridicule, and disregard. Perhaps, after not having received a response, this official might finally understand (anything is possible) that his letter has zero value.