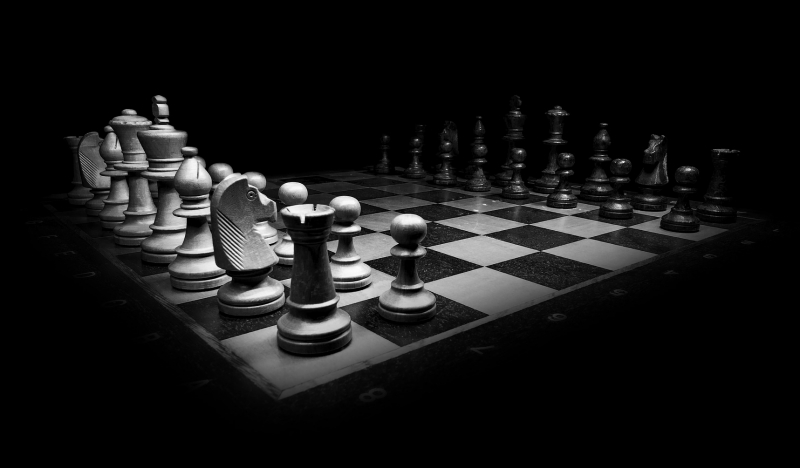 Years ago, I wrote in Media.am about the problem of Armenia’s and Azerbaijan’s sports media reporting on the successes of the two countries’ athletes, when the malevolent coverage of Azerbaijani sports failures was noticeable in Armenian media. I had noted that we should see who had bigger successes in sports: Armenia or Azerbaijan?

Today it is already obvious that Azerbaijan has surpassed Armenia in almost every sport, and the “malevolent coverage of failures” of the neighboring country ceded its place to indifference: Armenian sports journalists simply don’t cover Azerbaijani athletes’ achievements.

A prime example is the European Team Chess Championship that recently concluded in Greece.

Armenian sports media with great attention was following and reporting on this tournament until November 3. In the sixth round of this nine-round tournament, Armenia’s and Azerbaijan’s men’s teams, who were among the top winning teams, competed on November 3.

On that day, almost all the Armenian media outlets (even non-sports media) reported the announcement of this face-off as important news, while in the evening the main story was Armenian team leader Levon Aronian’s victory over his opponent and the Armenian team’s advantage at that time: 1.5-0.5.

Even the Public Television of Armenia in its evening news informed its viewers that Armenia is beating Azerbaijan after two completed matches.

What happened after and in general how the European championship ended was scantily reported by the Armenian media.

From a purely sports point of view, the following results were recorded: In the match with Azerbaijan, we eventually suffered defeat; in future rounds, we again failed and came in 12th place, repeating the worst indicator of our history.

Simultaneously, after defeating Armenia, Azerbaijan’s team increased its success and won the title of European champion. And, by the way, for the third time in the past five similar tournaments.

Let me remind you that Armenia won the title of European champion once, in 1999. In the women’s tournament, Armenia came in 9th place (one of the worst indicators of our history, and for the first time, we came in behind Azerbaijan’s team).

The Armenian press wrote about this only in passing. TV channels reporting sports news and sports websites for the most part didn’t even report the final results of the European championship.

And becoming the author of the greatest “masterpiece” was the H2 channel sports news broadcaster.

It’s worth quoting the corresponding part of that broadcast in its entirely: “At the European Team Chess Championship that ended in Greece, Azerbaijan and Russia scored equal points and shared first and second place. Russia occupied the second place with additional factors.”

An ingenious solution. To say and not say.

In sports, success and failure walk side by side, and we should never without a serious reason sully athletes for failing. At the same time, we should deeply analyze the reasons for the failures in order to avoid them in the future.

In the European championship, the failure of the Armenian men’s team has valid reasons, which the experts talk about. But coverage of them is faced with the growing “wall” between Armenian and Azerbaijani sports achievements and remains in the air.

The Armenian media has become a media reporting only on successes, while failures become a subject of “talk beneath the walls.”

It’s interesting that the Armenian media in full force again covered the recent European championship only days after the end of the tournament, when it became known that Levon Aronian had the best results on an individual basis on the first board and surpassed the Azerbaijani chess player.

Especially this last fact is noted with special importance in Armenian media.

Years ago, too, during an Armenian national football team match, the stadium commentator announced, “Good news from Baku: Azerbaijan’s team is losing.”

Of course, on the field, this announcement was not unequivocally accepted, even more so that the Armenian team also lost. In any case, such“news” is no longer heard on the field.

But coverage of the European Chess Championship again takes us back — to rejoice over the opponent’s failure, to ignore the successes, to forget our speeches.

Years ago, when Henrikh Mkhitaryan played for Borussia Dortmund, during the broadcast of this team’s matches, sports commentators in Azerbaijan wouldn’t say who number 10 was. They avoided saying Mkhitaryan’s name and ethnicity; instead, they would say Borussia’s number 10 scored a goal.

This of course is a striking example of sports “diplomacy,” from which the Armenian sports media now suffers.