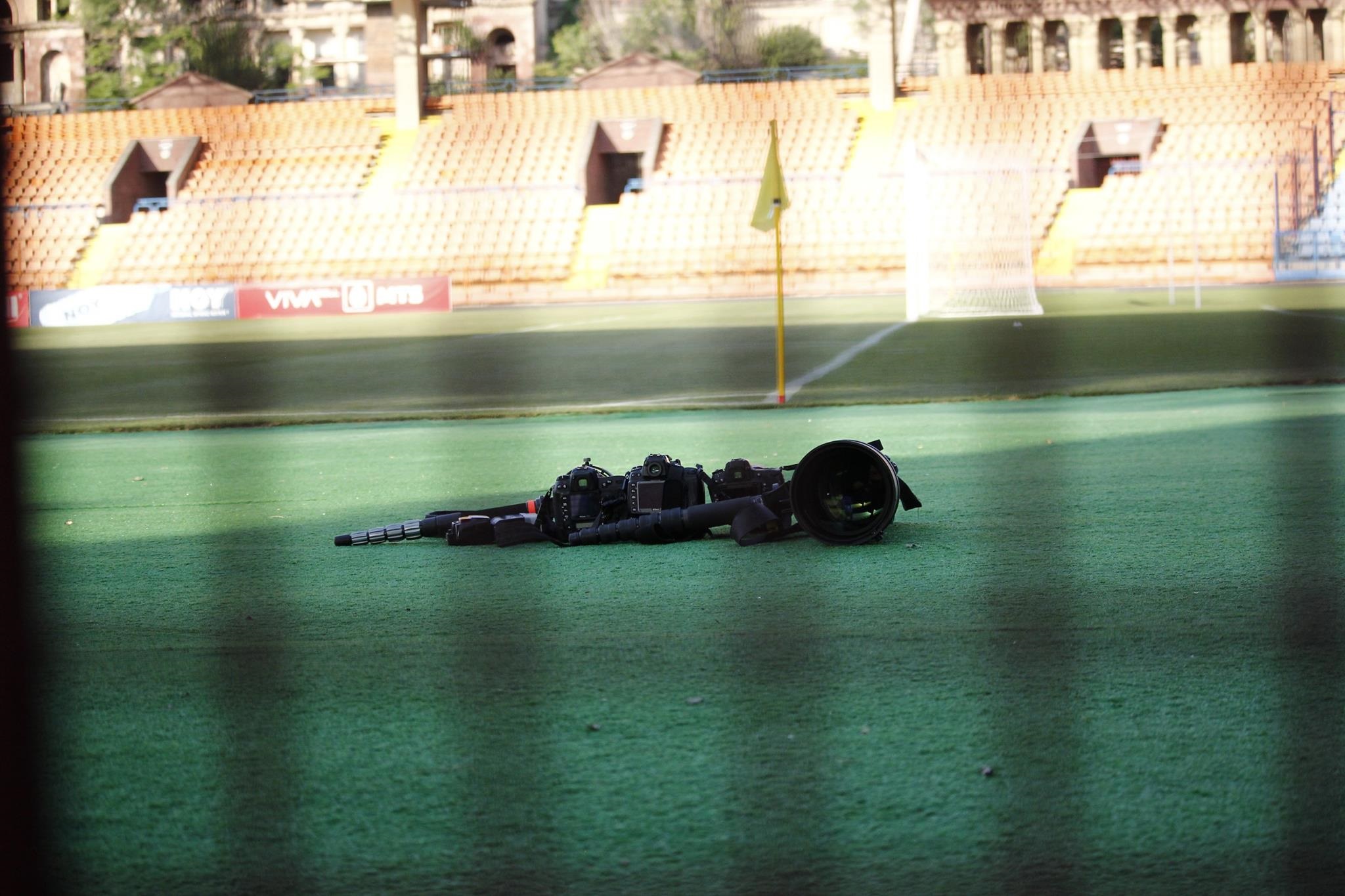 Until the 80s, Soviet Armenia’s post-secondary institutions didn’t train sports journalists. Experience and opportunities came either accidentally or if there was a clear goal. In my case, it was a dream from my youth.

Now the situation has completely changed. “Sports journalism” is taught in many post-secondary institutions, even media outlets work in this direction. It seems it’s become fashionable, opening a variety of journalism schools, organizing classes, and giving a “sports journalist” certificate to just about anyone — without a serious educational foundation, analytical thought, vocabulary, or the existence of other skills sports journalists or commentators need.

The profession of “sports journalist,” it seems, has become an opportunity not to be idle or find any other job in the future.

It’s acceptable to consider that the media’s main functions are the providing of information, the shaping of opinions and impact on society. Now let’s try to understand to what extent sports media (in this case, that covers football) fulfills its role.

There’s almost no information on Armenian websites about these matches, the teams’ preparations, or the standings.

And, in general, the sports media’s response to Armenian football news in many cases is limited to the translation of stories about Henrikh Mkhitaryan published abroad or the reproduction of social media posts made by Mkhitaryan himself.

In addition, local Armenian sports journalists don’t want to interview even Mkhitaryan or the teams’ coaches.

In early September, the Armenian national team spent about a week in Yerevan, and the sports journalists who reproduce any and all information about Mkhitaryan didn’t try or perhaps were too lazy to try to interview him.

The Football Federation of Armenia’s press secretary informed me that during those days not a single media outlet or journalist contacted Mkhitaryan or team coach Artur Petrosyan for an interview.

Let me say, as well, that the Armenian Football Championship matches are not broadcast on any Armenian TV channel; there isn’t even live text reporting. You’ll also find information about the matches or standings with great difficulty.

It’s true, the teams’ press officers broadcast the matches on YouTube, mainly with their own commentary, but these broadcasts cannot influence the public, since they are mostly for so-called “internal use.”

Problems in Armenian football are many: our football is now in a grave situation, and this is the result of not only what football officials did or didn’t do, but also the neglect of the duties of media outlets covering sports.

The sports media doesn’t provide the public with the necessary full information, cannot shape opinion, and therefore, doesn’t have an impact.

Football officials, and the teams’ managers and coaches don’t feel media pressure at all.

Football has become work for a small number of people. And these few people are accountable only to their employers and not to the public: the footballers to their coach, the coaches to the club presidents, and so on.

Our society has become completely cut off from football, and in this, sports journalists have their share of the blame.