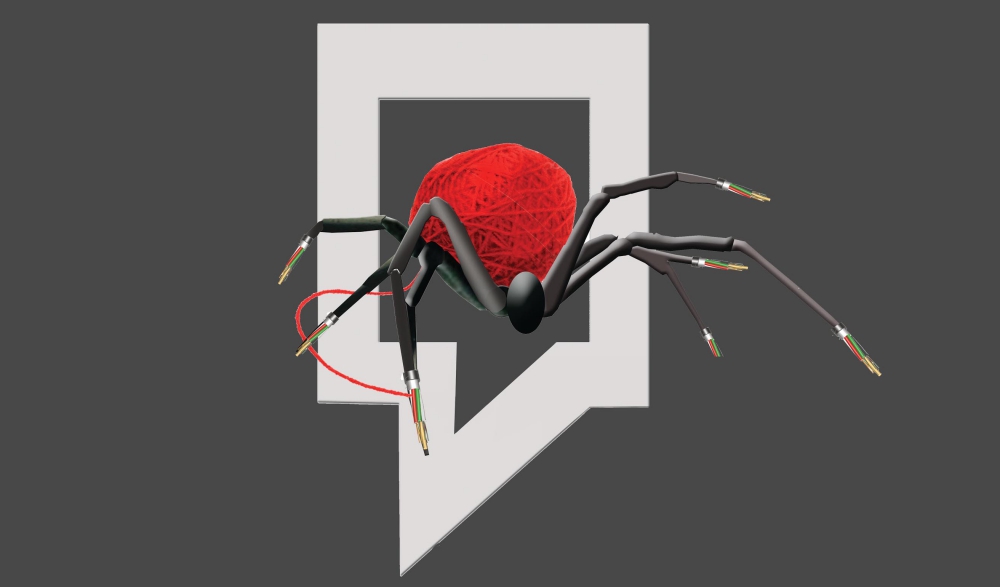 Telephony is one of the most profitable sectors of the economy — in the entire world.

But in the USSR, in Soviet Armenia, it took years for phone lines to be installed in registered people’s homes, especially if no bribe was given.

Finally, in the mid- to late 80s, the majority of the population had access to this service, but the Soviet Union collapsed, among other reasons, also as a result of economic unresponsiveness and poor management.

Upon the request of the Media Initiatives Center’s Lratun media museum project, Movses Aristakesyan introduced the topic. A political opposition figure until the change of government in 1998, Aristakesyan was also a member of the temporary committee examining ArmenTel’s founding, privatization and legality of its activity (the chair of the committee was National Democratic Union representative Davit Vardanyan).

The media in the early 90s reported on the poor quality of telephone communication, but analytical pieces were rare and came much later, when the National Assembly established the aforementioned committee.

In the late 90s, A1+ and AR TV kept hot topics in the spotlight, involved experts, and presented opposing views.

In the party or pro-party press, stories were mainly of two types: the media of political forces considered opposition until the 1998 shift in power blamed the first president’s team for the ArmenTel deal, while the then-current opposition figures blamed the current government, which was by then headed by Robert Kocharian.

The former opposition’s main accusation, voiced in parliament and in the media, was relinquishing the state’s monopoly.

“The biggest and gross mistake that the Republic of Armenia government allowed at the time…  was giving the monopoly to one company” (“ArmenTel is facing serious problems,” Yerkir, January 13, 1999). This is the opinion of Chair of the Economic Committee of Armenian Revolutionary Federation’s Supreme Body Tatul Manaseryan.

In the same interview he states that “in international practice, you’ll never notice that a neighbor has to pay a fee to call a neighbor.” (Unfortunately, Manaseryan did not elaborate on what the concept of “neighbor” is in economics, and in what country that “in international practice” people use the phone for free. Such “practice” hardly exists, a fact that certainly did not contribute to his criticism of the original privatization deal being taken seriously.)

Aravot daily, which in this period was more amicable toward the previous administration, doubted the committee’s professionalism, the summary documents of which did not shock the public with any revelations (“One’s response is another’s responsibility,” December 12, 1999).

The same newspaper published an interview with Grigor Poghpatyan, where the former communications minister recalls the economic disaster: “In 1992–1994, telephony activities were endangered in the country. The system (poles, cables) was looted.… If we didn’t act promptly those years, then the question of rates wouldn’t come up today — there wouldn’t be telephony for its rates to be raised” (“From where the thunderstorm begins”).

Interviewer Ara Galoyan sufficiently studied the documents to have noticed some unusual details.

From the press at the time it becomes clear that Kocharian’s appointed prime minister Armen Darbinyan warned the National Assembly that it should refrain from drastic action against the ArmenTel deal.

In fact, he didn’t so much justify the deal as actually threaten the opponents, that if they continue to complain, they will review other unsuccessful cases of privatization, in which they probably had some part of the blame. “If you’re demonstrating political will, demonstrate it till the end” (Azg, February 11, 1999).

Such an article is enough for any country with democratic traditions at least to launch parliamentary hearings on the matter of the current president’s corruption interests, but it remained unanswered, like many other cutting news stories.

“Some [of the card holders] have already been smashed and 60% of the glass booths are broken,” representatives of the Greek company complained (ARMENTEL continues to assure: ArmenTel-government investment issues,” Hayots Ashkharh, April 22, 2000).

It’s unpleasant to read about these mass incidents of domestic vandalism, which have seemingly decreased with time, but was ArmenTel itself honest with citizens of Armenia?

The same newspaper informs us that, by an international court’s decision, “London’s arbitration tribunal recently decided to oblige ArmenTel’s Armenian party to pay the profit tax that emerged during the sale of its shares” (USD$2.7 million) (“Transportation of passengers dropped by 5–6 times: Interview with transportation and communications minister Eduard Madatyan,” Hayots Ashkharh, July 13, 2000).

To get an idea of future media references to ArmenTel’s activities, it’s worth watching an excerpt from one of ALM TV’s programs.

It shows both the public’s attitude and the catastrophic decline in journalistic standards that occurred in the television industry after the shut down of A1+ and the dismissal of AR TV’s initial staff.

As for the aforementioned temporary committee, not only did the 200-page report have no significant administrative or legal consequences, but also committee chair Davit Vardanyan, being appointed state property management minister, never, at least through the media, attempted to use his position as a member of government (2000–2003) to bring statements about vociferous findings to a logical end.

And ArmenTel’s corruption scandal didn’t help the “de-monopolizing” of the economy.

On the contrary, the vicious practice of patronage, spreading, one day like a boomerang attacked also that company.

“That is, Gagik Khachatryan during the years of his leadership gradually pushing out the RA SRC’s fixed telephony operator and internet service provider ArmenTel and… improperly making himself and his relatives rich” (“He’s forgotten that he’s a state official,” Haykakan Zhamanak, September 25, 2012).