I politicize Ayvazovsky, and you? 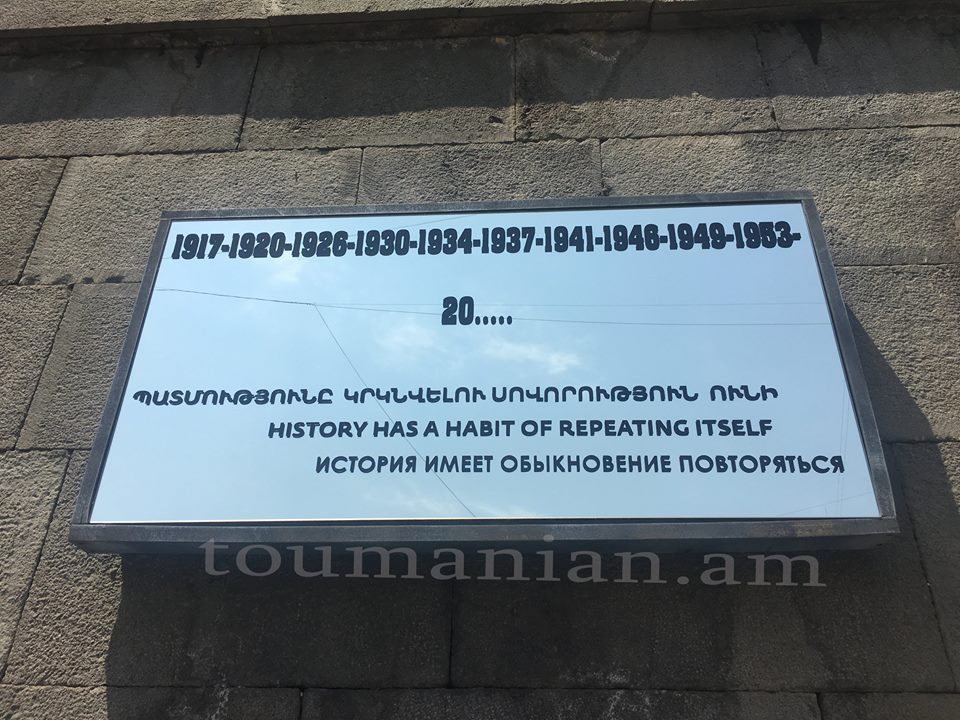 Two museum events unexpectedly and fatally intertwined. What joined them was politics, since in both cases a call (though mediated) was made to stay in the realm of the beautiful, the soft, and the safe.

One exhibit was small, mind-blowing, reminiscent of national shame, and very short-lived. The other is large-scale, costly, and anchored on endless pleasure and national pride.

And as usually happens in cases where state agencies issue judgments, the majority of the public found out about the “Eclipse” exhibit only after it was shut down. Especially when the media wrote about it.

The historical and artistic layer that public servants don’t want to see and reinterpret always acquires greater charm and importance, since anything that is closed sooner or later will open, and he who closed it will find himself in an uncomfortable position.

For example, he will begin to explain, justify himself, and look for excuses,  as a result of which a new and fresh coexistence of the historical and artistic layer will emerge.

If you are opposed to the archives, then you have to respond either with archives (facts) or fairytales (abstract composition).

In the case of the closure of the exhibit at Toumanian’s House Museum, responding with archival materials wouldn’t work, since first of all, three of Toumanian’s children were victims of Stalin repressions (two were shot, and a third was subjected to deprivations), and then, it’s enough to read Toumanian’s publication materials to understand how gently and soberly he’s seen the destruction of the human inner world if a person gets accustomed to being inferior, to living like a serf and servant. In this case, he begins to dream of becoming the one dictating, a serf owner, and ultimately, the destroyer.

Toumanian is a fact, without edits or corrections. Also a fact is his time, of which we are the heirs — with all the pleasant and unpleasant national issues that come with it.

Armenia’s minister of culture banned the exhibit comprised of documents and documentary materials (in this case, the skillfulness and quality of the nature of the exhibit is not important) as a bureaucrat given the power to make decisions (in this case, for how long this power is given is not important; as long as it’s been given, the bureaucrat is going to dictate).

He said: “All SNCOs [state non-commercial organizations] of Armenia’s Ministry of Culture must obtain agreement of their exhibits with the ministry per year. The Toumanian museum was cautioned that the open-air format of the exhibit had not been agreed with the ministry, and the museum collected the posted stands displayed outdoors.”

The obligation for agreement is the starting point from where great disasters usually begin. The first half of the 20th century was an accommodation of “obtaining agreement.”

Art, the media, censorship were made to be in complete agreement with Soviet ideology. Whereas awaiting those who were not in agreement was execution, exile, imprisonment…

It’s interesting: how can documented facts and archival materials obtain agreement? And agreement with what?

Agreement won’t work, as there is no ruling ideology in Armenia today. Of course there is a ruling party, who wants to advance the “nation-army” slogan, but it doesn’t work with more subtle materials, such as recollection, art, and historical context.

It works only as a basis for speeches and is not suited for museum work, since the exhibit would at once be perceived as propaganda.

Toumanian’s House Museum director explained: “At the end of every year, we present to the Ministry of Culture the next year’s program — for subsidy. On December 15, 2016, we presented the 2017 program, which included also an open-air exhibit titled ‘The Fate of Toumanian’s Children,’ the title of which was later changed and became ‘Eclipse’… We didn’t organize [the exhibit] in another’s space, in another’s yard, to have obtained special permission. We’ve never had such a problem.”

Sometimes an impression is created that many things in Armenia are kept not only in the dark, but also in an instinctive haze. Perhaps, an attempt is made (with Russia as an example) not to talk about facts, hoping that the facts will disappear and disintegrate on their own. Or that a miracle will happen: they will acquire the opposite meaning and will justify the present failures.

In fact, a nation that has survived genocide (the nation-army) cannot not be conscious of how dangerous the concealing, prohibition, and denial of facts is.

In many cases, only the media’s reactions force the public to be more vigilant, to disperse the haze somewhat, and demand explanations from bureaucrats. Media outlets voice the questions, though posing questions only to bureaucrats, big and small.

Deputy Minister of Culture Arev Samuelyan considered the exhibit’s being “politicized” as the reason “Eclipse” was shut down.

“We have to view history with a simple face; it was a little politicized. Probably it was necessary to prepare the public [for what they were about to see] a little. After some corrections, it will reopen,” she said, spreading “a little” light on the minister’s advanced obligation for “agreement.”

Perhaps seascape artist Hovhannes [Ivan] Ayvazovsky can do that, whose jubilee, costly, and presentable exhibit is planned to be opened to big fanfare in the coming days. This exhibit different high-ranking officials (even more high-ranking than ministers) will visit, admire, and comment on with extremely luxurious vocabulary — the nation’s best representative, great Armenian, famous Armenian, leader, and so on…

This exhibit of Ayvazovsky’s has obtained agreement, but it’s not “a little” but very highly politicized.

It is politicized for one simple reason: it invites you to admire the good and the noble, and to forget the painful and the shameful — including also politics.

Perhaps the ideology of modern Armenia is the delight of forgetting.

This year marks the one-century history of the Bolshevik repressions, the thousands of Armenian victims and executioners (who were likewise victims). In modern Armenia there is yet no monument or exhibit dedicated to the memory of the innocent victims.