Press Secretaries as Islands of Freedom of Speech 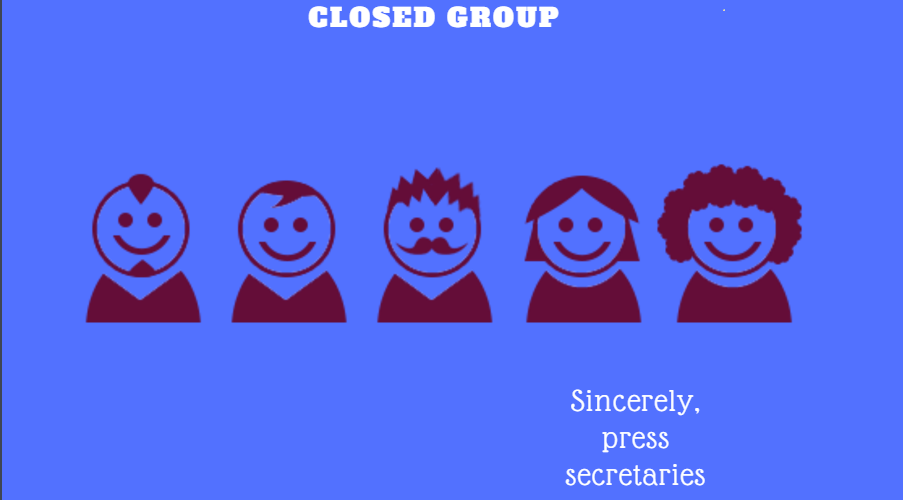 The relationships between state agencies or state-funded entities and media outlets are a good opportunity to get an understanding of a country.

When a state has a stable and balanced political course, interaction with the media is built not on a love-hate relationship (that’s just an internal, subconscious perception), but on the willingness to be at least alert and vigilant. The state becomes alert to the media, not the opposite.

And the negligent attitude toward the media sector is a sign that state bodies have lost the alertness instinct and are no longer a bridge between the state and the public. They are islands. And the state is an island.

In general, becoming an island is the painful reality of modern-day Armenia. That which becomes an island slowly turns into a swamp. Even if those islands are located in closed groups on social networking sites or in private chat rooms.

And when Ministry of Foreign Affairs spokesperson Tigran Balayan told Hraparak journalist Vahe Makaryan that from now on he will reply to the newspaper’s questions only in writing since the journalist wrote an article against him, a question arose on what, generally speaking, is the role of press secretaries [a.k.a. spokespeople] and to what extent does that role contribute to the stagnation of and subsequent inevitable bogging down of state bodies.

This incident could’ve been viewed as a small episode if there later wasn’t a leak from the closed Facebook group “Armenian #PR Officers,” where discussed and commented upon are not only prospects of communication between a specific entity and journalist, but also the position of state departments’ press secretaries in general.

It became known through Facebook that press secretaries can blacklist journalists, demonstratively not notice them, delay providing information, from which, according to one spokesperson, journalists “throw a fit.”

Of course, comments made on social media are of a semi-official, semi-colloquial style, but they’re important to understand how press secretaries of state (and at the same time, Armenian) structures perceive public relations. After all, they are responsible for those relations.

If those relations weaken and become overtly contemptuous, a completely different need for responsibility arises. This demand isn’t characterized only by the abstract word “Armenian” [in the name of the Facebook group]; it’s more of a mortal and logical demand.

Let’s admit that no one can be found to be split to that degree (if not confirmed by a psychoanalyst’s diagnosis) where he says one thing online, another thing to his boss, and a completely different thing to the public.

And in addition, to perceive closed groups on social networking sites as an enclosed space where there are no rules.

There are rules, and the open and transparent circulation of any information helps to polish them. For example, leaks.

The cleansing effect of leaks

The members of the “Armenian #PR Officers” group who were involved in this conversation and advised each other to blacklist “nerve-wracking” journalists issued comments. The main response was that “such intra-professional discussions” are normal; the issue is that the discussion was held in a closed group and the posts shouldn’t have been made public.

But it is a fallacy to consider social media and particularly Facebook can be considered a private and especially personal space where the word “closed” is tantamount to “personal correspondence.”

The internet is in essence  public — including closed groups.

And any leak proves not only that, but also that it helps to be vigilant. The best journalistic investigations (that is, those that have helped to illuminate dark passages) happened thanks to leaks.

Keeping information in a dark room has never been in the public interest.

To what extent is a closed Facebook group a shield?

Social networking sites are public spaces, and if so desired, all types of information can become available to all sorts of people. Spokespeople of state structures and departments must know this, since they often make answerable statements for the public through social networking sites.

And the matter is about not only the content of statements and ideas, but also the language, style, and internal editor. If a spokesperson’s post in a closed group is very different from the official post, than the public has the right to doubt one or the other.

The illusory name “closed group” cannot be a shield that separates the two realities.

Conduct on social media is based on this claim: “Assume everything you write online will become public.”

This is mandatory not only for media outlets and journalists, but also any students wishing to become communications and public relations professionals (Social Media and the Law: A Guidebook for Communications Students and Professionals).

The availability of colorful lists

Of course, the important discovery of this story are the blacklists.

Clearly, if journalists become accredited for the purpose of covering the work of any state structure or feel the need to get information from any state agency, accessible to them must be that part and amount of information, and in that timeframe, that is mentioned, written, and validated in the law — and not on the surface of unwritten understanding (as is common in the criminal world).

And if, according to certain press secretaries, there really is a blacklist, then the public has the right to know about it (motivated purely by interest).

Of course the press secretaries (and not only “Armenian”) of different state agencies can be united and solid for the purpose of experience sharing or dissemination. For example, to have general lists of different colors (and not only black and white, but also red, blue, orange).

“I have no obligation to exert more effort than is defined by law for those who spread lies on a daily basis,” said head of the National Assembly’s media and public relations department Arsen Babayan.

Perhaps he means that the function of distinguishing and isolating lies and imposing sanctions against a lie is also under the authority of press secretaries.

After all, public relations, the creation of which plays a big role in the rating scale of any company (not to mention those speaking on behalf of the state) aren’t born out of thin air and don’t blow up. Relations are built. Breaking them is not a way out.

Who do press secretaries work for?

This question, in fact, is the most current. State departments and various state structures are usually not open and transparent before the media. Rather, they protect themselves from the media.

And press secretaries more often don’t play the role of a bridge between the public and the media, but rather perceive their role as guardians who do everything for their leaders not to worry, listening to the unpleasant questions of journalists.

According to the Law of the Republic of Armenia on Freedom of Information, freedom of information works as follows: you apply to the information holder and you receive it.

Press secretaries help to organize this quickly and easily. And nothing more.