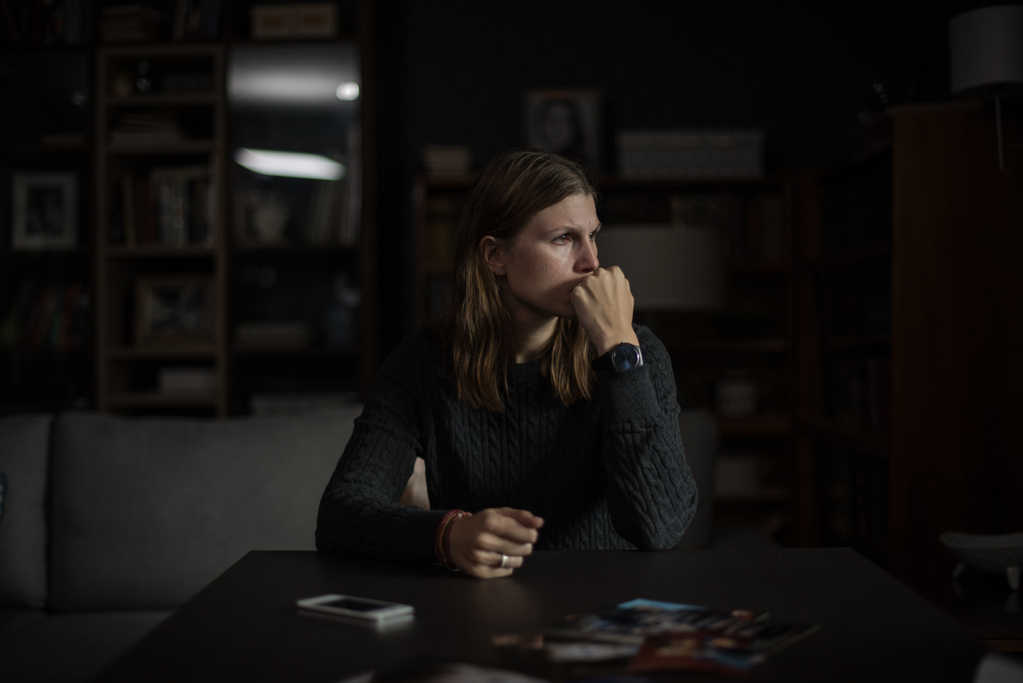 A good film is always a diagnosis for the present. And the film’s genre doesn’t matter: a niche family drama, large-scale epic thriller, or lightweight comedy. A successful film story awakens a sense of evasive discomfort, removes the spectator from his usual familiar coma, and hangs a question over his head, his shoulders, his heart. In short, it’s a diagnosis for the viewer.

Andrey Zvyagintsev’s Nelyubov (Loveless), which won the Jury Prize at the 2017 Cannes Film Festival, is a family (even household) drama, but in reality it’s a slippery and painful issue.

It’s as though the director is looking into the audience’s eyes and asking, how are you going to live in a situation when you’ve become accustomed to a loveless environment, gradually increasing the daily dose of hate and eventually looking into a huge empty pit?

Translations of the film’s title (e.g., Loveless) have a hard time conveying the entirety of the Russian word nelyubov.

This is the situation when not that there is no love, but that the non-existence of love is the norm.

An average Russian family/couple (she is the manager of a beauty salon; he is the employee of a large company) have been living under one roof for over 10 years, in a barely contained environment of hate. They not only have become used to hating each other, but also have different intimate partners, trying to create new lives in new families without each other.

There’s only one problem: their 12-year-old son, who in reality no one needs. They sell the house, and they plan on sending the boy to boarding school. And the boy decides to disappear. And he disappears…

Nelyubov is created with the philosophy that there’s no escape.

Psychological traumas, complexes, and aggression are passed down from generation to generation, family to family. The mother inherits the everyday practice of living lovelessly from her mother and passes it down to her son; grandmothers hate their children and grandchildren. And everyone knows that it’s no longer possible to live like this. And they all live…

There’s a good characteristic of Chekhov’s protagonists: they dream and simultaneously continue to drink tea (undoubtedly with cherry jam), without noticing that their previously comfortable life is no longer; it has collapsed quietly and irretrievably.

The lives of the characters in Zvyagintsev’s film likewise will no longer be glued together. Everyone talks about their efforts to be happy, about the struggle to turn a new page for the sake of life, while they are surrounded by ruins — emotional, logical, and anthropological.

And above all this is the backdrop of enforcing and aggressive information: with Russian propaganda journalists’ militant texts, radio and television news. The unnoticed lacerating newsfeed is constantly present, as a collection of fragments guiding the main plot line.

The very tactful and accurate with details Zvyagintsev seamlessly ties the yet-unknown family horror with the habit of not drawing conclusions.

It is necessary to look back in order to move forward; otherwise, the chain of mistakes will be constantly repeated — just as the irresponsible and provocative media accompaniment repeats.

People are prosperous and quite ordinary; they like to take selfies in pleasant and welcoming environments (in stores, restaurants); they take a photo of their food and publish it on Instagram, watch TV shows, and can’t picture their life without television.

Yes, they’re in ruins also because of the media attack.

The concentration of information hysteria definitely and undoubtedly strikes everybody. Including also the seemingly strongest and most protected institution — the family.

And that truly is horrible, even more so than the marriage that’s become a curse or the missing son.

Any good work of art is essentially political. In Nelyubov, there are no political suggestions, which with obvious parallels appear in the filmmaker’s previous film, Leviathan, where an attempt was made to understand the degree of responsibility and self-defense of simple and ordinary people against a distorted and corrupt system.

In Nelyubov, there is no character or situation on whom responsibility can be laid. Hell is inside.

All ethical and human boundaries have become blurred. The child gets lost a few minutes after appearing onscreen. Together with the characters, the audience searches for the boy (the search mission is a tense thriller), but in reality, everyone is looking for a way out.

The search operations, which are carried out by not the police but, upon the police’s advice, a volunteer association, are like a movie in the movie. It’s an alternative reality, when people gather to work together and voluntarily support one another.

Perhaps that is the way out: to find a point where an alternative to the widespread loveless environment is possible. To be useful, and even if there’s no love, to avoid being indifferent.

Nowhere in the film is violence seen or a brutal scene shown. The horror is in the everyday, the habit of consuming and expressing aggression. People are crumbling from the inside.

The main character is Russia herself (in any case, that’s how it’s written on actress Maryana Spivak’s sports jersey), which in the final scenes watches unblinkingly, with a fixed and deserted look. The exercise equipment’s ribbon moves, the woman runs, snow falls, and leader of Russian media propaganda Dmitry Kiselyov continues to talk from the television in the adjacent room.

Kiselyov passionately explains the importance of Russia’s rescue role in the Ukraine war. And they listen to him.

In Zvyagintsev’s films, which have all won awards at various prestigious festivals, you won’t find any superfluity, sloppy editing, incomplete dialogue, or random shots. And this film’s semantic chain is not random either — television, escape, loss, desolation.