If YouTube Removes Your Video Because of Alleged Copyright Infringement 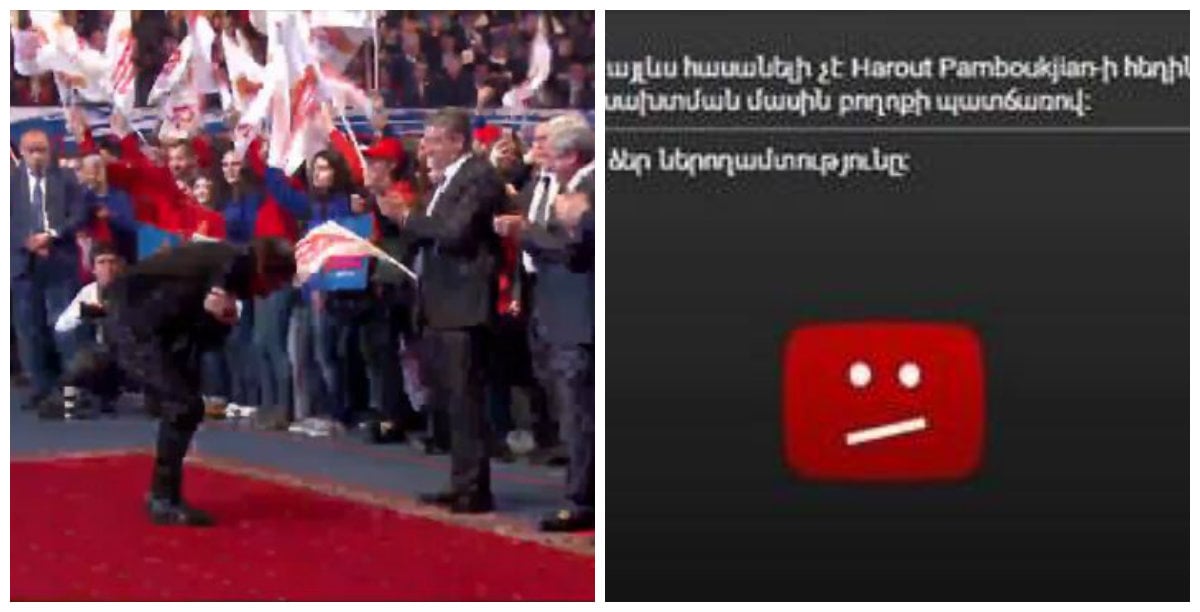 A user with the email address [email protected] submitted a copyright infringement complaint to YouTube. In the opinion of Armenian media outlets, the complainant is the singer himself, who thus decided to remove the scene that had led to heated discussions and criticism on social media.

Now these media outlets’ ability to live stream has been suspended for three months, as long as they do not take further action.

How the user could claim copyright infringement against 1in.am and ArmTimes.com

Moreover, besides selecting any one of these options, signing, and providing personal contact information, the complainant must agree to the following two statements; otherwise, YouTube cannot take action against the offender.

“I have a good faith belief that the use of the material in the manner complained of is not authorized by the copyright owner, its agent, or the law.

“The information in this notification is accurate, and under penalty of perjury, I am the owner, or an agent authorized to act on behalf of the owner, of an exclusive right that is allegedly infringed.”

It’s unknown which option the complainant selected, but in any case, the complaint, to put it mildly, is not justified since the media outlets filmed a public figure for the purpose of media coverage — and not at his personal concert (where filming may have been prohibited), but during an open event, the HHK election campaign, which journalists were specially invited to. And it could be assumed that the video would later be used in news items, that it would be preserved in YouTube’s archives.

By requesting removal of content from YouTube, [email protected] has begun a legal process. And according to that legal process, if the user submitted a false claim, his YouTube account may be terminated and there may be other legal consequences.

What 1in.am and ArmTimes.com can do to restore their YouTube accounts

If a video is removed on real grounds of copyright infringement, YouTube offers its users classes at its Copyright School where what is copyright, who is the copyright holder, and what rights users have is clearly explained. This school tries to educate its users so they avoid such situations in the future.

If a user receives copyright infringement complaints three times (“three copyright strikes”), YouTube will terminate the user’s account, remove all his uploaded videos, and block the ability to open a new account.

If a user who received a notice of copyright infringement believes that his video was removed unfairly or by mistake, he can

After receiving a counter notification, a claimant has 10 business days to show proof that he’s filed a lawsuit with the aim of removing the video.

If you’ve received a notice about copyright infringement and don’t want to chose one of the aforementioned options, it remains to complete YouTube Copyright School and wait three months, after which the “copyright strike” will expire and you’ll once again be able to access your YouTube account.