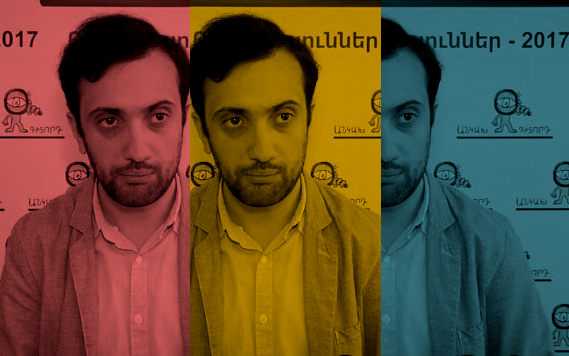 Discussions of the lawsuit launched by 30 school principals against civil society group Union of Informed Citizens (UIC) and Daniel Ioannisyan are still ongoing.

On April 20, Republican Party of Armenia (HHK) spokesperson Eduard Sharmazanov said: “Yes, we show and will show moral support to these school principals because just as you, as a journalist, have a right to defend your and your colleagues’ rights in the courts, so too have we the right to show only moral support to our partisan colleagues.”

HHK deputy leader Armen Ashotyan in an interview to RFE/RL’s Armenian service (Azatutyun) until then had called civil society’s actions on these events “information aggression.”

That this fabricated case has no judicial prospects if we accept the independence of the courts I mentioned in my previous piece. This time I want to address another issue.

Years ago, I spoke about manipulating text to defend the interests of media outlets, concluding the article like so:

“In such cases, news outlets, united, can cover the trials and in covering it, repeat dozens of times those expressions for which the given oligarch, politician, or public figure has sued. I think the plaintiff in this case would very quickly regret what he’s done, and in the future, he and his colleagues will think, is it really worth it?”

Now is this court trial. Messrs. Sharmazanov and Ashotyan, who say they are showing moral support (and I have the right to think that they’re directing or rather, will put pressure on the court to win the case in their favor), do they understand what “information future” awaits the school principals who opted to go to court?

More precisely, they probably understand, but do the school principals?

First, it’s laughable that a politician calls the spread of information “aggression.” I’m forced to explain some simple concepts: news outlets are for spreading information and ideas.

And by the way, dear sirs, in the whole world news outlets keep the focus of their attention particularly on information that is of great public interest or that touches upon public issues.

And the business of school principals working for the HHK during the election touches upon many interests and has aroused great interest.

You can call that aggression, it’s your right to make a value judgment (unlike you, I respect your right to have and express an opinion), but know one thing: the trial is going to be covered by the press and since, as you said, the issue is of great public importance, it will be covered by all types of news outlets and on all platforms.

And now I want to address those 30 school principals. Of course, the ruling authorities need this trial, to once more scare civil society groups and journalists,  so that this case becomes a lesson: let no one ever again attempt to point out “the eyebrow above HHK’s eye” (of course they won’t succeed; we’re not those who get scared).

But, my dears, what do you need this for? Don’t you understand that these court sessions will be reported on, and during every court session covered by several dozen media outlets your name will be mentioned, it will be mentioned constantly, your pictures will be published (as an example, see the aforementioned article regarding Sharmazanov’s remarks in Aravot. The story will be accompanied by your photographs, and it will be like this constantly), your remarks will be recalled again, and so on.

By the way, if any court session lasts even one minute, say, it’s postponed for some reason or another, all the same, we journalists and media outlets have our tricks. For example, we’ll write: “The court session was postponed. Recall that…” and again the background story, the mentioning of your names, and as illustration, your photos.

And let Messrs. Ashotyan and Sharmazanov then deem this as “information terror.” That’s all right. We’ll weather this assessment. But will the school principals involved in political games withstand the daily mentions of their name, who after Daniel’s discovery, instead of remaining silent for the public to forget them, voluntarily (perhaps involuntarily?) threw themselves into an information maelstrom…?