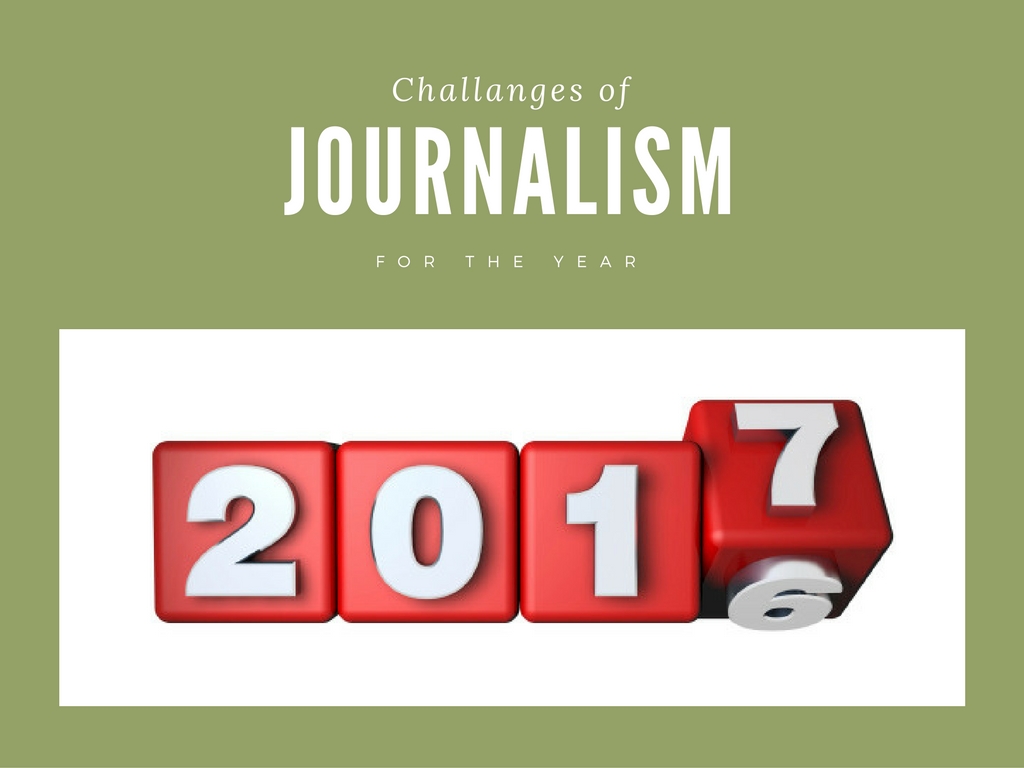 Making predictions about 2017 does not seem to be difficult work, as there are a number of known factors. For example, the April elections. That means that not only will social networks be filled with fake accounts and trolls, but also that the media field will be flooded with fake news websites, which are beginning to spread misinformation.

What can also be expected is a repeat of what happened in 2013-2014, where quite a large number of semi-literate,“strong” men with no principles will enter the media field, who will call themselves journalists.

And when the elections are over, many of them will remain in the field, knocking down the overall quality of the profession. And later reproaches will be heard that the lowering quality of journalists comes as a result of the trainings at universities.

Of course, universities are seriously at fault with this matter, but in recent years it became clear that political forces share a great part of the blame, who promote the similar low-quality journalism with no principles with large amounts of money.

So much so that one of the expected disasters of the new year is the sharp decline in the quality of the media.

Undoubtedly, the impact of the elections would not be so great if our society were more thoughtful and selective in their media consumption. But the majority of our society are pretty passive consumers and accept only that which is disseminated via social networks, practically not using the active search possibilities or not having a chosen set of trusted websites.

That appears, for example, in the traffic analysis of some of the most visited news sites in Armenia (the names are not important, the picture is widespread). The prevailing majority are social networks, which means that “strong” journalists with no principles have more possibilities to dominate the field.

This can almost be accurately predicted. As to what kind of qualitative changes will enter the Armenian media field, that is quite vague.

Perhaps we will try to get closer to the standards of international journalism, for example, in the areas of multimedia or data journalism. Right now throughout the world, journalism is going through a serious transformation, completely new approaches are being developed, which involve journalistic work, as well as changes in the forms of presentation.

Many things are dependent on education. Of course, the educational system must change. That is quite an inert system, and quick changes cannot be expected, even if landmark steps are taken tomorrow.

However, many things can change toward the positive for a journalist short-term, but intense training. Unfortunately, geopolitical changes have led to a decrease in the amounts intended for the training of Armenian journalists from various funds (from 2014 and on). And this significantly impacts the modernization of journalists’ work as well.

The next factor is finances. The media market continues to be financially unstable and unpredictable. As a result, the editor prefers to have ten news stories instead of one investigation.

And third, the most influential factor in quality journalism is public demand, which has different expressions. One, for example, is for independent journalism to protect the public. And this is one of the biggest and most serious issues. Also, the subject of a separate article.

The fact of the matter is that if society is not prepared to protect journalists, those “strong” men will very quickly replace them, who I have spoken about in the first section.