Land of Happy Precedents in Journalism, My Armenia 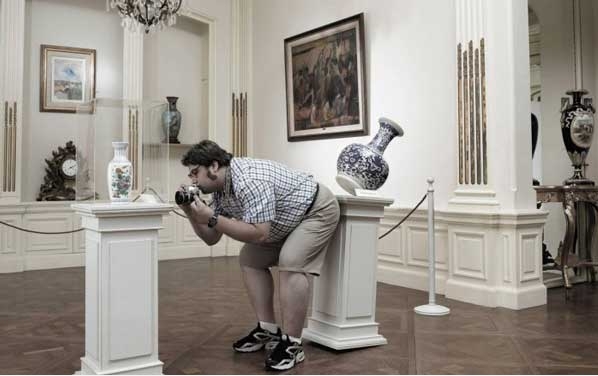 The debate between Tigran Karapetich and Arshak Sadoyan live on ALM TV had already become a quarrel. It was watched with great pleasure. Suddenly Karapetich, who was also the host of the show and owner of the TV station, offended by something Sadoyan said, turned to the camera operator.

“Turn off the cameras, we’re shutting this program.”

That would’ve been in the mid-2000s. We were at a media gathering in Tsaghkadzor, when in our rooms we searched for that extraordinary moment in the world’s history of television. Shortly after we began to call each other and cackle on the phone, “Did you ever see such a thing?”…

Of course that wasn’t the only extraordinary thing on ALM’s airwaves. And now even missing Karapetich’s surprises, I think, if a museum of extraordinary incidents in journalism were to be opened in the world, Armenia would have the wealthiest booth — with a separate ALM TV hall.

In that booth there definitely would be ruling Republican Party of Armenia vice-chair Armen Ashotyan’s Yerankyuni program on Public Television. I would show in a separate display case the first phase of Yerankyun‘s broadcasts, when host Ashotyan was the country’s education and science minister, and in an honourary display in them, especially those broadcast during the Constitution referendum campaign.

A more recent conundrum: On July 10, 2016, with just one announcement, that it has no motivation, strength, or fervour to move forward, 1in.am, considered to be a leading media outlet, suddenly ceased operations. In the following days — no explanation, no comments. As if it never existed. A few weeks later, in the same unexpected way, it reopened. That is, when there’s no news, the media outlet shuts down, but when there is, it once again opens? The greatest saving of funds, it’s an instructive example.

We would also have in that museum a very recent extraordinary specimen: GALA TV establishing a political party named… GALA.

In the museum of happy precedents in journalism definitely having its honorable place would be a reportage broadcast 10–15 years ago on H1, the female author of which talks about herself in third person, that she received a journalism award, while her guests praised the award-winner’s, that is her, professional merits. If only at least she didn’t once again mention her first and last name — this time as the author of the reportage. Those not in the know might not have figured out that “this reportage of mine is about me…”

Worthy of the same display case in the museum, a similar incident occurred at the end of December 2015, when a Tert.am reporter summarized the past year’s “most influential journalistic work, according to journalists” [AM]. In the article, as the author of the year’s best or most influential work, mentioned 10 times was the name of the journalist who took the poll, along with links to her articles, while the story was written by… the same journalist.

In the same hall, I would exhibit one other episode. Rather, a series of episodes from a specific court trial. In that drawer would be the Hraparak journalist’s coverage — the the court sessions against the paper, but also her personally.

Having a large hall would be Armenia’s most famous photojournalist, most free in the matter of professional ethics and least burdened by a personality complex.

On this occasion, I also remembered myself — in the early 90s. I was invited at some embassy’s reception, and I had gone to work in a pink dress and high-heeled shoes. Suddenly I was sent to the defense minister’s press conference. The large room was full of a ton of male reporters and Homeland Defenders with beards. I even had the courage to ask a question, after which a woman sitting next to me quietly whispered, was there no serious person in your newsroom, that they sent you here?…

This way I got to know journalist Karmen Davtyan more closely, to whom I would likewise allocate a separate section in the museum of extraordinary journalism stories. The display inscription would be “The axis of Armenian journalism” (it’s his self-description).

I’m thinking, perhaps I’ll put the pink dress and high heels I wore at the defense minister’s press conference in Armenia’s museum of happy or extraordinary precedents in journalism.