10 Tips on How to Conduct Good Interviews 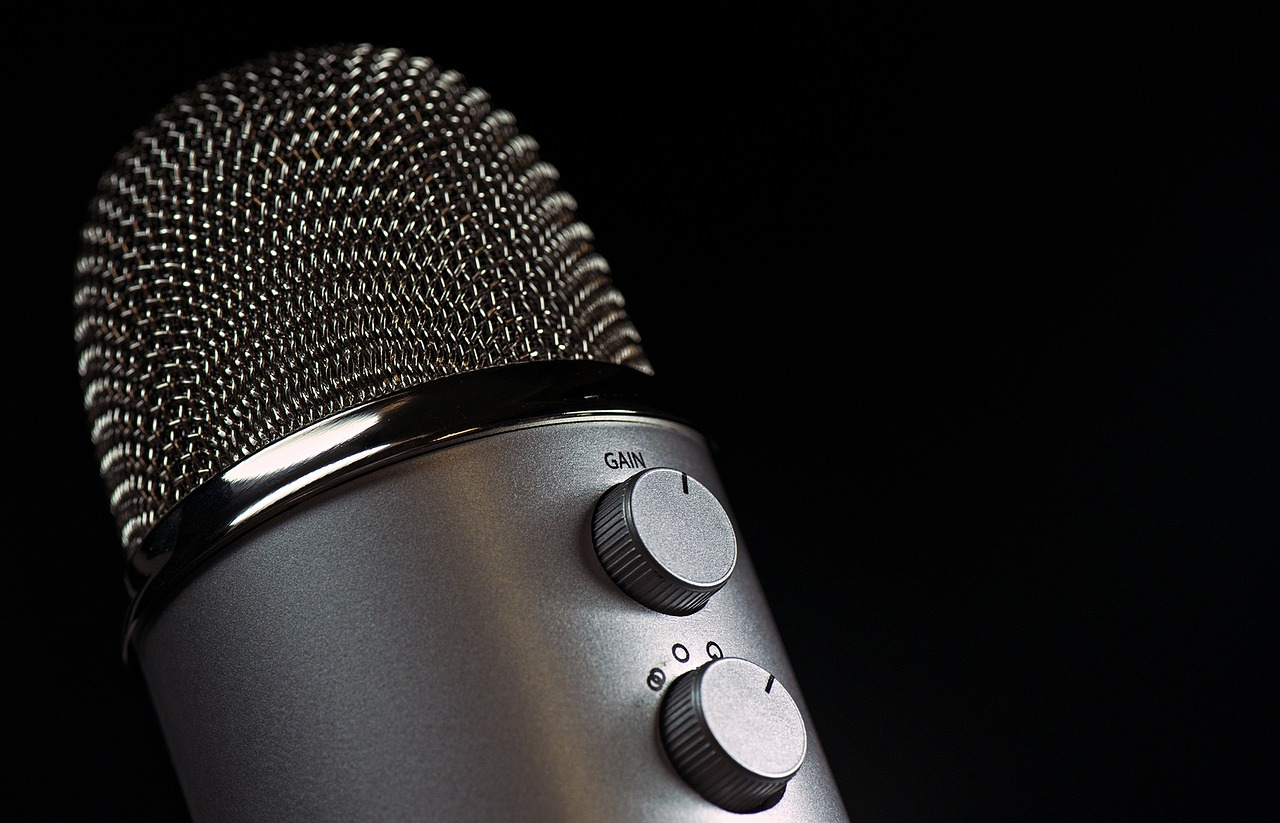 The interview is a very opportune and interesting but difficult genre. It might seem surprising, but it is the interview that shows a journalist’s skills in thinking and crafting. In a good interview, the journalist is almost not noticeable; instead, the interviewee becomes noticed and heard. The journalist is unnoticed but is the commander. And that is the highest “pilotage” of journalism.

A good interview never gets old, and a journalist presenting remarks in first (but another’s) person, as a classical author, remains in the wings, behind the scenes, dismantling the old wings and building new ones.

It’s good to remember that not everyone is worthy of becoming an interview subject. It’s advisable to filter the list of potential subjects and stop on the candidate who is worthy of becoming your interviewee. This isn’t said from an arrogant position; it’s simply that if the person is not interesting to you personally, they won’t become interesting for readers. And you don’t want to invent yet another banal text and wave it in the air with words in vain.

In order not to be in vain, it’s advisable to avoid equally both those who give interviews at every turn and are hackneyed media subjects, and people who are extremely cautious and flee every question in panic. In both cases they aren’t the stuff of an interview. Their characters and remarks might be needed perhaps for stories of another genre, but not for interviews, since in both cases, they likely won’t say anything new or valuable.

Of course finding an original and interesting person doesn’t mean they’ll speak well. Experience shows that experts in their field aren’t always able to clearly articulate their thoughts and present their point of view.

And so we have to help them.

2. Help the interview subject — by listening. Listen patiently, with curiosity (and exert some effort to show that). And don’t rush to end the interview, even if it takes hours.

Everyone wants to express themselves. Let the interview subject “mature” enough to begin to speak freely. If they feel that you’re listening attentively, they’ll definitely want to say more than they planned to.

Appreciate also the pauses. If the interviewee goes silent and gathers their thoughts, don’t violate their right to silence — silence also has its value.

It’s obvious that only a small part of the conversation will make its way into the final version, but it will be the good part. The part earned with your patience.

3. Naturally, before going to the interview, you need to have information about the interviewee and their sector. The more, the better. And the more diverse, the more valuable.

Don’t hesitate to dig through the archives and social networking sites. Often people on social media permit themselves to be more sociable in expressing themselves on issues that really concern them. Considering that there are many helpful tools (tags and hashtags), you can gather such information quickly.

Of course, it would be ideal if you are no less versed in the sector of the person whom you’ll be meeting. But even if you’re less versed, remember that the information you gathered are like playing cards: you shouldn’t play them all at once.

Actually, the composition of an interview suggests that everything must be done step by step. It’s possible that one question arises from another smoothly and logically, but it’s also possible that the questions are drastic and turning points. You decide the tactics.

4. Whomever you interview, never let go of the steering wheel of the conversation.

You are the one asking questions and the author of the final version, so don’t tremble even when you’re speaking with a prominent figure. After all, your purpose is not to grace your interviewee with pleasant moments, but to write a powerful written piece on their behalf.

If we bypass the uncomfortable and thorny questions, the interview will be banal. So don’t avoid asking those questions that are interesting, even compulsory from the reader’s point of view.

The person who agreed to an interview knows their comfort zone and constantly strives to remain within its boundaries. If necessary, remove them from the pleasant and familiar slumber, interrupt, and guide them to the arena of sharp and painful issues.

Ultimately, if your interviewee is smart, they’ll thank you later.

Cutting is always hard. But necessary.

Courage is needed for cutting well and without regret. If you’re brave, remember that repetitions, long sentences, and, by and large, uninteresting and not new ideas not only weigh down the interview, but also cast a shadow on the good parts that you’ve painstakingly and lovingly heard, written down, and edited. In short, if you doubt it, cut it. Moreover, cut those details that add nothing to the original question.

Don’t allow a “washy” text to push out the meaning.

Of course there’s an exception: if the purpose is to belittle your interview subject, then write down their remarks verbatim and show that your subject can’t express their thoughts articulately. But if you respect the interviewee, don’t make their errors and weaknesses your strong points. In this case, you’re not you, but your interview subject: if they’re mediocre, then you’re also mediocre.

6. Make sure you’re in the interview less.

The questions can be long during the conversation but not in the written version. If your question takes up more space than the response, that’s ridiculous. And more ridiculous when the question is posed with pathetic and accusatory emphases. Remember, you’re not a prosecutor.

It’s more preferable to present yourself as, say, a curious child and craft the questions with a clever and sincere naivety.

Try, as well, the role of a parrot (personally, I don’t like it), when you constantly bring back to your question the person evading the answer, doing so with pleasure and regularly.

Obviously, in the final version you’re going to remove yourself. But if the answer’s already there, your work is done.

Questions where you try to be very smart and proactive seem rather old-fashioned and are worthy of an inadvertently mocking attitude. It’s better that you show the clash of opinions not in the questions, but in the preface written in your name.

7. Never transcribe the interview in its entirety. Listening to the audio recording, you already realize that there are parts that can be cut. And so throw those out from the beginning.

That will permit you not only to save time, but also not to scatter the thoughts. Usually, during the conversation it already becomes clear that this or that part won’t be needed, or the opposite: it’s worthy of special emphasis and becoming a title.

In general, interviews are never remembered in their entirety; in the best case, one or two thoughts and turns of phrase will remain in the reader’s memory. Be ready to decide yourself which ones those are going to be.

Keep on hand the good old notebook and pencil, even if the audio-recorder is on. By making a few notes, you’ll already draw an outline of the skeleton of the future interview.

It’s worth making compact notes of a few words; it will help recover the interview structure even if the recording is lost. Technology can betray you, but your own hand, never.

8. Don’t allow the interview to sound like quotes from a press release.

The most unpleasant part is when you send the interview text to the subject. But that’s unavoidable. If someone simply asks to read it prior to publication, you’re obligated to send the text to them.

As a rule, the interviewee begins to change the text you’ve put together, making it more dry and official. The most interesting parts in your opinion might be cut, segments resembling press releases appearing in their place.

Interview subjects year by year are becoming more cautious and often think that they may say something and getting the text, rectify, soften, and smooth out the sharp corners of their remarks.

Don’t hesitate to remind them in advance that the sharp corners aren’t going to be softened and the final reviewer (commander) of the text is always you.

9. Keep (hone, if necessary) the interviewee’s tone and style. Reading an interview is pleasant when it’s built in the form of a conversation.

The best interview is that which is read as if you’re hearing it. Texts that are completed like questionnaires, “combed over,” and deprived of a tone are not alluring and are not read till the end.

Of course, you have to find the harmony between literary and spoken language. And that perhaps is one of those challenges that a skilled journalist overcomes with pleasure.

10. The interview is a living genre. Never conduct an interview remotely (by phone, or various smartphone apps) if you’re in the same region.

Meet, drink coffee or tea (if you have the option, not in the office), so that the questions and answers are constructed like a chain and the conversation has room to branch off. You’ll never know what question will arise from what answer.

You’re meeting with a bearer of certain information and so get the maximum amount of information. Even if a small part of the information is going to make its way into the final version of the interview, you’ll return from the meeting enriched.

Often during a conversation, topics suited for future pieces appear or slip through the words. Don’t deprive yourself of the gift of expanding that list of topics.

If the interviewee trusts you, you can ask them to comment on any question, turning off the audio-recorder and promising that you won’t use their words against them.

Agree that producing an interview is both journalism and diplomacy. So be a good diplomat. Ultimately, if you enjoy a reputation and have the image of an expert, the interviewee themselves will have an interest to present their thoughts and opinions particularly to you.

As is known, dripping water wears away and even hollows out a stone. And journalists give the direction and frequency of the flow of drops.

We all want to publish something not quickly (and written and forgettable), but we wait after writing for something to change for the better. Say, issues hardened like stone and plunged in silence, even if they aren’t pierced, at least they’ll shift. Thanks to you and your interviewee, of course.