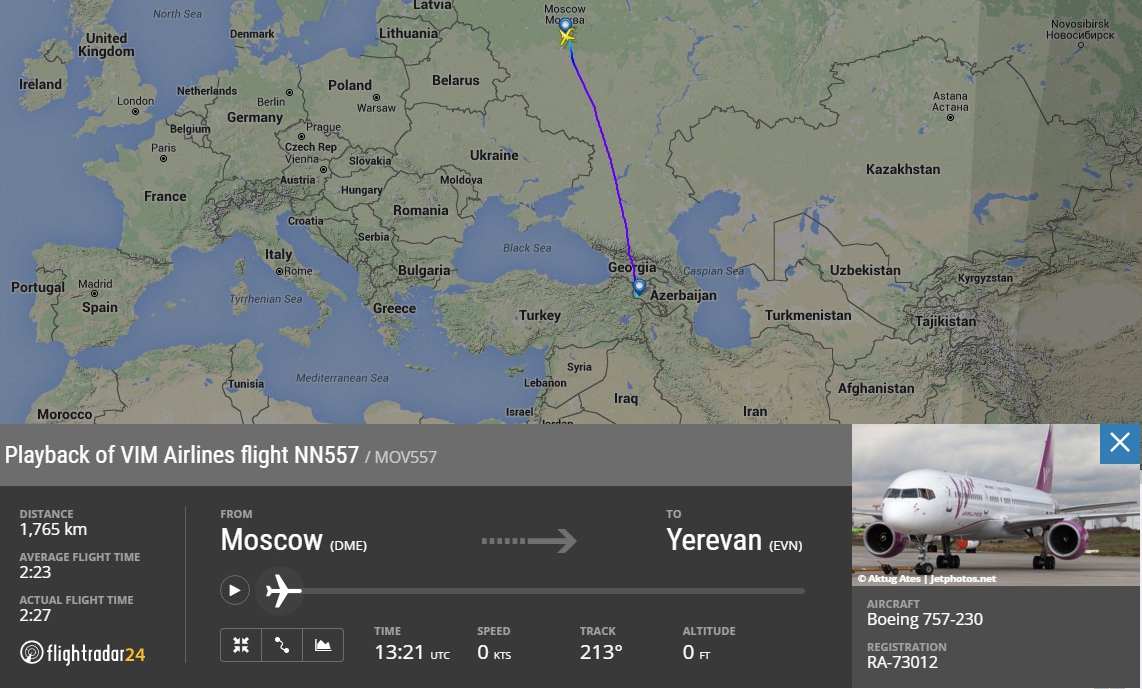 News of a possible bomb at Zvartnots International Airport and on a Yerevan-Moscow flight could’ve been especially distressing for people considering the bombings in Brussels on Tuesday. Readers under the influence of recent events are more sensitive to information about possible terrorist attacks.

The news of a bomb provided a stressful day for consumers of online news media.

News spreading simultaneously about a bomb

There were several kinds of information about the bomb disseminated simultaneously.

According to information received by168 Zham, news of detonating the airplane was received by security agencies and through email.

According to Shamshyan.com, “Law enforcement agencies have received urgent information that the plane on Yerevan-Moscow flight number 558 is going to blow up.”

Other news sites quickly spread the news of a bomb on the plane.

Simultaneously, the General Department of Civil Aviation’s (GDCA) press service issued a statement that it received information that “an explosion will allegedly occur in the area of Zvartnots Airport.”

According to Tert.am and 1in.am, the bomb was supposed to be not on the Yerevan-Moscow but on the Moscow-Yerevan plane.

These three connected to each other but separately disseminated news about a bomb confused readers.

Confusing them even more were the headlines and the wording that the news sites writing about the bomb used.

What we understood from the headlines

“Alarm: Mosow-Yerevan plane is going to be blown up,” wrote 1in.am. The headline tells us that the plane will definitely be blown up. 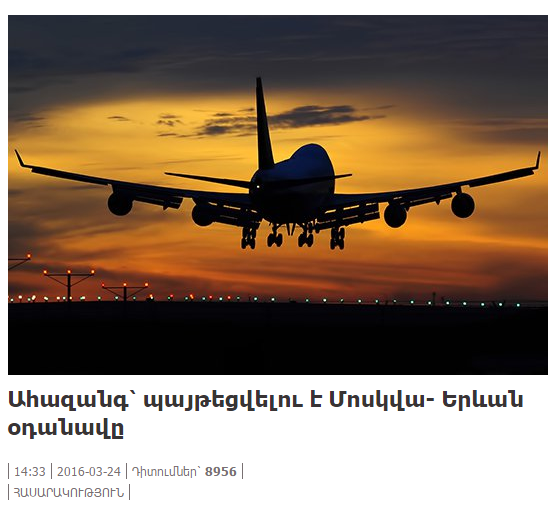 “Emergency situation at Zvartnots Airport,” wrote Shamshyan.com, when, in fact, during the hours of spreading panic the airport worked normally; it was business as usual.

Aravot’s only news about possible bombs has the headline “Nothing found at Zvartnots: GDCA”. It’s a press release. There’s no background and nothing about developments.

In general, providing partial information about a developing event and presenting it incomprehensibly for readers are among Armenian news sites’ weak points. They can write 15 short articles about a topic, all of which you can read, but you still won’t be able to grasp what’s really going on. Stories presenting the complete picture in one or two articles are rare. Thursday’s incident was no exception.

Other information one could get about the Moscow-Yerevan plane

In the initial information, Shamshyan.com writes that “law enforcement agencies have received urgent information that the plane on Yerevan-Moscow flight number 558 is going to blow up. The plane is to arrive at 8:45 pm.”

What’s correct in this news is that the flight from Yerevan to Moscow is number NN558. But at the time the news was published, that plane was still in Moscow. It was supposed to come to Yerevan on flight NN557 and only then return to Moscow.

What could journalists do to get additional information online about the Moscow-Yerevan flight? They could go to the site Flightradar24.com, which tracks civil flights.

With Flightradar24, you can see, for example, the RA-73011 plane set to depart for Armenia, which has been in Yerevan many times, recently left in an unknown direction.

Instead, at 6:11 pm Yerevan time, departing for Armenia was a completely different plane, RA-73012, which was flying to Armenia for the first time.

Why did the plane for flight number NN557 change? Was there a connection with the reports in Armenian news sites of a bomb? This information might become a source for additional news stories.