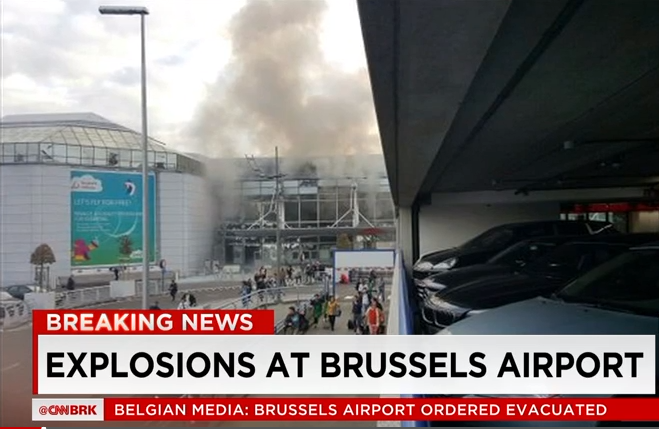 A few hours after news of the Brussels attacks, I was flipping through Armenian TV news programs. The “champion” was Epikentron (“epicenter”). At 1:30 pm [Yerevan time], an hour and a half after the bombings, the news program began with a reportage on crops affected by the frosts, following by a piece on the national farmers union and Ms. Rosa Tsarukyan, then another reportage. At the end of the broadcast, the newscaster said, “And now for international news,” and Epikentron announced news of the Brussels attacks.

Are the Brussels bombings exclusively an international event, and are they not worthy of being the lead in a news broadcast? I’m sure that news of the bombings should’ve been the first in any newscast on Tuesday.

Fortunately, the other TV channels announced news of the bombings, which claimed the lives of dozens of people, first in their newscasts.

Let’s take into account, as well, that Brussels is the European Union’s unofficial capital — there are currently delegations from Armenia there. And not counting the active and large Armenian community there.

Of Armenian TV companies, only Yerkir Media aired a breaking news update to report the Brussels attacks. Outside of television, Armenia TV [AM] and Yerkir Media [AM] informed their audiences about the attacks with the help of their websites.

A person who relies on television gets the news later than they could’ve online.

Local websites had ample opportunities to describe the developments in Brussels that captured the world’s attention. Content created in social media (user-generated content) is their best aide in this matter.

Hashtags updated at lightning speed in different languages emerged on Twitter. For short videos from the scene of the bombings people used Vine, and for live feeds using smartphones, they used another Twitter tool — Periscope. There was no shortage of photos.

Armenian online media for the most part harnessed this potential — there was even an attempt to present the attacks through a live blog [AM]. Many local news sites offered their visitors a Brussels-based international media outlet’s broadcast by imbedding that outlet’s video feed directly on their site. It’s true: there were some sites that covered the topic as if it was an ordinary international news story. There was the news of the Brussels attacks, but it was dissolved in other news (of local importance) and wasn’t given prominence.

It was much more convenient to follow the development of the Brussels events online than on television.

In any case, in Armenia, according to official data, 67% of the population uses the internet, and so, television will have to create content specially for the internet and strengthen its presence online. And I’m not talking about putting soap operas and sitcoms online — I’m talking in particular about coverage of developing events.

Updated on Mar. 23, 2016: Slight edits were made in the text for clarification.