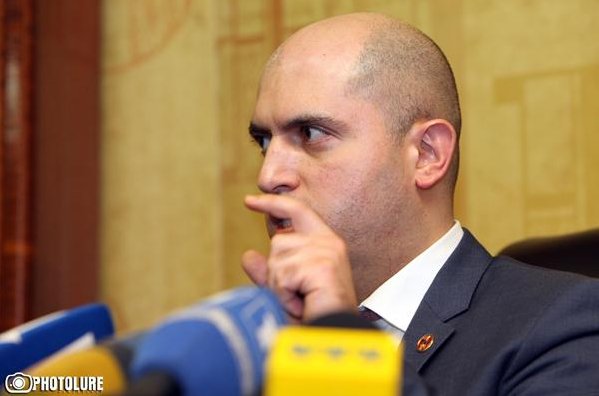 Some journalists say, after pushing the button on the audio recorder or camera, I own the story — I’ll publish whichever of his remarks or images I want. Others say, yes, I am the military commander after pressing that button, but I’ll take his request into consideration

There’s a long-standing dilemma in journalism: what to do when the subject of your story asks you not to publish images of him in a particular situation, or he said something in the interview but changed his mind and asks you to remove that part.

Even the most experienced journalists have opposing views: some say, after pushing the button on the audio recorder or camera, I own the story — I’ll publish whichever of his remarks or images I want. Others say, yes, I am the commander after pressing that button, but I’ll take his request into consideration.

Since I myself am of the second opinion, let me say how I would approach this situation. First, I would see whether the “undesired” section is extremely interesting for my audience. I’ll also weigh how much it will contribute to solving any important problems. After I publish the piece, will there be any benefit for the public? To what extent will that part help in revealing the truth? I’ll put the answers to these questions on one side of the scale, while on the other side I’ll place the answers to the questions to what extent will I harm this person or his dignity by sharing this section? Whichever side of the scale is heavier will determine my behavior.

An occasion to once again recall this dilemma was the recent press conference called by Armenian Minister of Education and Science Armen Ashotyan. I secured additional confirmation from some journalists who were present: did the minister actually ask not to publish the images in which he is seen with a walker? They said, yes; he asked twice.

Accurate information relating to the health of an official or politician (and public figures, in general) should be provided to the public: it’s not a subject for review. The topic of the debate was different: should you respect the request not to publish any such video-recorded section or not? In other words, who did the right thing in terms of professional ethics: all the other journalists present at the press conference who took into account the request or the sole journalist who, nevertheless, published those images?

I heard opposing arguments in the debates in our sector over these past few days. The arguments against publishing those images were as follows: a political figure or official can and should be criticized for his actions, but when the matter refers to his personal issues, his wishes must be taken into account. Or, the images with the walker already didn’t contain any new information and only showed the particular attitude of the journalist who published them toward the individual.

The arguments in favor of publishing the images were as follows: if the minister didn’t want to be seen this way, then why did he call a press conference? A press conference, after all, is a public event, any part of which is subject to dissemination. Ashotyan is an official, a politician, and in this case, what he preferred or didn’t prefer to see published from the conversation or press conference shouldn’t be taken into account. Proponents of this view also remind us that he himself uploads such pieces on Facebook: “Of his own accord, we regularly see him in different situations: lying in bed; in shorts, while emptying a bucket of ice on his head…”

Those from the other view counter, social networking sites are a completely different platform; professional news outlets, another.

Finally, images not at all humiliating to the dignity of a public figure or private life have been and will be disseminated by professional news media: we’ve seen Robert Kocharian in a volleyball uniform when he was an Armenian presidential candidate; we saw Eduard Shevardnadze in a sleeveless shirt (undershirt) when he was the president of Georgia, after the assassination attempt against him; and we saw US Secretary of State John Kerry in a hospital room or with crutches when he broke his leg. We’ve seen Angela Merkel in the same situation. Assistant Secretary of State Victoria Nuland once met journalists with a bandage similar to a cast on her leg. I don’t think they were against appearing like that and the professional media disseminated those images against their will.

But there are instances when public figures ask not to do that. Armenian National Congress MP Aram Manukyan in December 2014 asked journalists covering an incident not to film or photograph the visible traces of violence on his face. Journalists agreed to his request, describing his injuries only in words [AM].

Of course, there’s absolutely nothing to be ashamed of when a man has a walker, crutches, a wheelchair, plaster bandage, or undeserved bruises. But if the person doesn’t want, perhaps, nevertheless, it’s worth considering whether he, the journalist, is the commander.