Would You Help or Beat a Journalist? 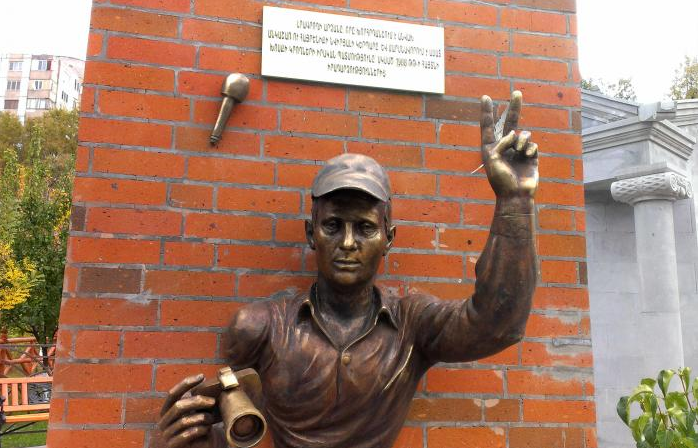 If, by strange coincidence, the subject of Turgev’s poem was to repeat, I think many people today too would prefer to drink their tea first…

The reason for this piece was one of my guests at Vem radio station, an ethnographer (I don’t have the authority to publish their name, so please forgive me).

When on air I said that we expect from them a response to some question, he retorted: “I’m not obliged to justify your expectations. I am OBLIGED to offer my knowledge to he who pays me. Whereas I answer your questions out of good will; by the way, securing your fee. I accepted the invite to speak on radio because the conversation is broadcast in its entirety. I no longer want to speak on television: journalists, who, as a rule, don’t know the subject matter, attribute most of my thoughts to themselves, presenting them as their own remarks, leaving only a small portion of my remarks and often out of context too.”

The guest’s indignation was, in essence, justified.

In Armenia, there are a dozen TV companies, numerous newspapers, and websites. It seems that there should be healthy competition: high quality, intelligent, ensuring high standards for journalists and programs. But there’s the impression that each news outlets works toward serving the interests of a specific official or political group.

And the rest — whether journalists are intelligent or not, programs have content or are meagre — just like morning programs, no longer matters. TV viewers, readers are generally outside the scope of a news outlet’s interest, as they’re not clients and they don’t pay.

Though even in the case of the First Channel, when the TV station operates at the taxpayers’ expense, news programs are especially biased and have a weak connection to reality.

Localizing the ethnographer’s remarks, we can note: we should acknowledge the information reaching us from the airwaves, the press, and the news websites as an expression, a gesture of the good will of news outlets, which could’ve been much worse or not.

Consequently, purely rhetorical is the question of whether a journalist has time before writing an article, producing a reportage, or conducting an interview to prepare, TO THINK…

The journalist’s personal approach is very important. A journalist can be outside the system if they respect (a) their profession, (b) the person whose time they’re stealing by inviting them to an interview, and (c) the reader or TV viewer consuming their product.

Literary critic, journalist Hovik Charkhchyan once said that on occasion of his newly published book, Armenia’s Public TV Company invited him to participate in a morning show broadcast live. After greeting the guest, the journalist asked him to immediately describe his book in a few words: what book is it and what is it about, so that the questions asked on air don’t come from, say, aerodynamics. Mr. Charkhchyan, perplexed, refused to participate in the program and left.

In general, the practice of respecting the interviewee and readers or TV viewers is not yet very common.

A paradox: the more a journalist doesn’t respect his profession and considers everyone more foolish than he, the more pretentious he is and has no difficulty in appearing ignorant and vulgar. In short, he doesn’t sense the difference between foolishness and boldness.

Two friends are sitting at a table and drinking tea. A sudden noise arose in the street. They hear plaintive groans, violent curses, bursts of malicious laughter.
“Someone is being beaten,” remarked one of the friends, glancing out the window.
“A criminal? A murderer?” inquired the other. “Look, no matter who it is, such retaliation shouldn’t be tolerated. Let’s go and advocate for him.”
“But it’s not a murderer they’re beating.”
“Not a murderer? Is it a thief then? It makes no difference: let’s go and rescue him from the mob.
“It’s not a thief either.”
“Not a thief? Is it a cashier, a railway employee, an army contractor, a Russian Maecenas [art patron], a lawyer, an editor, a social reformer?… In any case, let’s go and help him.
“No. They are beating… a newspaper reporter.”
“A reporter? Oh, tell you what: Let’s finish our tea first.”

Ivan Turgenev wrote this prose poem, The Reporter, in 1878.

Has the attitude toward journalists changed almost 140 years later?

If, by strange coincidence, the subject of Turgev’s poem was to repeat, I think many people today too would prefer to drink their tea first…