You Have to Pay for Everything, Sooner or Later 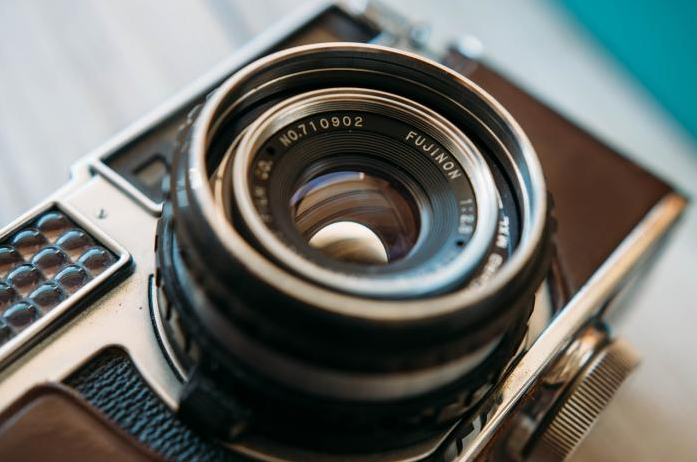 Our photographs are ousted from the local press and replaced with other images, which Google puts in the palm of the news media’s hand

About 20% of the submissions to the 2015 World Press Photo contest were disqualified because of impermissible excessive digital manipulation.

Armenian photographers are not yet faced with disqualification by the WPP, but our media environment makes an “invaluable” contribution to the task of abandoning public trust in photos and also the whole of photojournalism, as a result.

Let me try to depict a summarizing picture of the photos in the Armenian media from the last months of last year.

We hope that the Armenian authorities, reading this news, expressed their condolences to the Indian people. Especially if we take into account that this tragic news is “adorned” with the photo of Asiana Airlines’ Boeing 777-28EER, which crashed while landing at San Francisco International Airport — on July 6, 2013. In this crash, three teenagers died and 182 adults were injured. 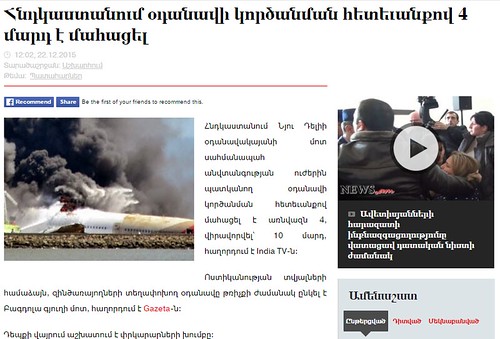 It doesn’t bode well somehow… it’s blasphemy — you can’t put it another way. For a good design on one’s page, one can speculate also on other people’s deaths. In short, the availability of photos through a Google search doesn’t lead to anything good.

Here’s another example of “adorning” a news story with a photo having nothing to do with the incident. On Dec. 18, Lragir reported that Azerbaijani militants had crossed the border. Armenian soldiers were killed. Three of them. The misfortune entered our Armenian families, but Lragir journalists didn’t have time to obtain photos of the killed youths — for publication and out of sympathy. 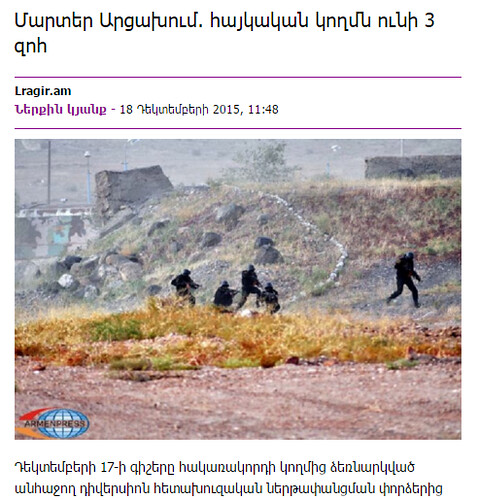 Why bother when you can simply use a photo from Armenpress’s archives received a few months ago (while also putting Armenpress in an awkward position)?

It’s obvious: what we are seeing are military exercises. Far away from the border.

Such examples are numerous, and you can’t list them all.

When will Armenian editors finally stop this mockery?

It would be funny if it wasn’t so sad. With their lack of professionalism they endanger us, photojournalists. Our photographs are ousted from the local press and replaced with other images, which Google puts in the palm of the news media’s hand willingly and for free…

But you have to pay for everything — sooner or later. Even for photographs that are “free”.