Read It, All Ye Supporters and Naysayers and All Those Who Write About It 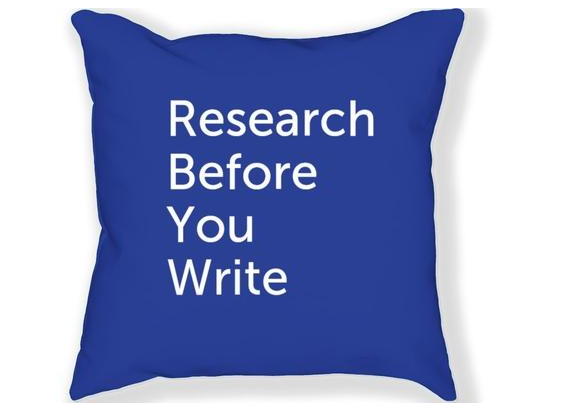 It seemed, these days, any journalist reporting on the constitutional reforms campaign if isn’t at least familiar with the draft could’ve had it printed on hand

Neither those who oppose nor those who are in favor — nor those covering it all — have read the proposed constitutional amendments. You’ll say, am I making a categorical claim? It is this way, of course, in the sense that at least the members of the Specialized Commission on Constitutional Reforms are familiar with the text they authored.

But as for the others… recently, even a Republican Party of Armenia (HHK) Executive Body member publicly confessed that he is not entirely familiar with the new text of the constitutional amendments — he’s only read the part that interests him.

Yerevan Press Club President Boris Navasadryan, presenting the interim results of the monitoring [PDF] of Armenian broadcast media coverage of the constitutional amendments, mentioned that the content of the draft constitution is not promoted in the campaign. And I have a vague suspicion why. “[M]ore is spoken about government–opposition relations than the content of the Constitution,” he said. But to speak about the content, one has to be familiar with it first.

The situation during the sporadic debates on content between the two sides has been about the same as in the incident below.

Vardapetyan countered, “Our government is one of the most traditional and patriotic [traditionally Armenian] governments” and he too “is disgusted by gay [using a derogatory word] expression.”

Let us note that Article 81 of the Constitution is called “Fundamental Rights and Freedoms and the International Legal Practice”. This is what it says:

“1. The practice of bodies operating on the basis of international human rights treaties, which have been ratified by the Republic of Armenia, shall be taken into account when interpreting the provisions of the Constitution on fundamental rights and freedoms.

2. Restrictions of fundamental rights and freedoms may not exceed the restrictions prescribed by the international treaties of the Republic of Armenia.”

There is a similar provision in the current Constitution:

Probably no journalist present knew this; otherwise, they would ask the speakers how the content of the proposed article differs from a similar provision in the current constitution, based on which a claim is being made that the proposed amendments guarantee the legalization of same-sex marriage.

Gimishyan pointed out specific articles, attempting to substantiate his remarks — and not only Article 81, but also Article 82. “For example, the Republic of Armenia participates, of the international bodies, in the European Court [of Human Rights], which has a ruling that the right to form a same-sex family and adopt children is inviolable. Articles 81 and 82 of this new Constitution provide this guarantee. For example, if two men go to the Registration of Civil Status Office [ZAKS] to get married, the employee of this agency will ask them to step outside, calling them hooligans. But they will make it to the European Court, which will oblige it, using Articles 81 and 82 of our Constitution as its basis.”

And the HHK MP promised: “Together with you, I will fight against that.”

Let us cite Article 82 of the document:

“Working Conditions: Every worker shall, in accordance with law, have the right to healthy, safe and dignifying working conditions, to limitation of maximum working hours, to daily and weekly rest periods, and to annual paid leave.”

It would’ve been a much more interesting story, if any of the journalists present tried to determine on the spot how dignifying working conditions can foster same-sex marriages. Perhaps it is paid leave that is missing to reach Strasbourg?

It seemed, these days any journalist reporting on the constitutional reforms campaign if isn’t at least familiar with the draft could’ve had it printed on hand. And in every such instance, when claims are made, which sometimes even refer to the unchanged provisions of the Constitution, what was said and what was written in the document could’ve been checked.

But all this is a part of a more general phenomenon: journalists have begun not to enjoy reading and investigating. For instance, those reporting on parliament activities, for the most part, don’t read the proposed bills, preferring the conversations with MPs in the corridors, which bring in more readers.

And those who report on government activities largely prefer the briefings with ministers after the meeting — instead of studying the drafts and adding up the numbers. And so on. In this sense, why should the constitutional reforms have been any different?