How to Spot Unreliable News Websites? 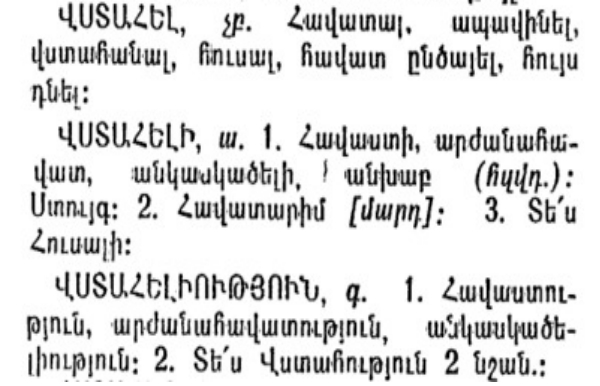 In Armenia, the number of meaningless and pointless websites that call themselves news media has again begun to rise. In 2014 and at the start of this year, they were pretty quiet since elections had passed; and the meaning of campaign platforms, mostly vanished.

But it seems that we’re already entering the 2016 election campaign period and the number of those disseminating news-like content is again starting to increase.

In this situation it’s important to be able to orient yourself and not allow being fed false or manipulative information. That’s why the most important thing is to have a few reliable news outlets through which you can receive verified information. Even if it seems that you’ve received important and urgent news from some unknown website, it would be better to check the story from a reliable website. However, if you’re unable to verify it, the information should be approached with reservations.

But how to decide which sites to trust? There are a few indicators that you should take into account to identify dishonest websites presenting themselves as news sites. The more indicators a site has, the more unreliable it is.

Here is the main criteria you should be guided by when choosing reliable sources.

(a) A news website that has an “About Us” section with no clear information (that is, the editor’s name, address, contact details) is already suspicious. Of course this point shouldn’t be accepted blindly, since it’s possible that news outlets with strong opposition leanings might want to conceal their identity for understandable reasons. Which is acceptable. But if the site disseminates articles that don’t have such a clear [political] orientation, and on the other had conceals the face of the editorial staff, this is already a sign not to take the site very seriously.

(b) Websites that often publish stories with manipulative headlines; that is, stories that mention the end of the world, the start of war, the destruction of the Earth — without understandable links [to sources]. Or when the headline reads “The Prime Minister has Died,” “Huge Subway Accident,” “120 Dead from Car Accident,” and only when clicking on the story does it become clear that it all happened in another country. Normally, an editor should mention in the headline the place of the incident.

(c) Sites with news content comprised purely of Facebook user updates — without commentary, analysis, or presenting another opinion. A news outlet can’t simply be a “reproducer” of social media status updates. This, of course, doesn’t refer to those websites (aggregators) that simply compile information from social networking sites.

(d) Sites with news feeds that have way too many headlines containing the terms “URGENT,” “SCANDAL,” and “EMERGENCY”. Normal news outlets might use the word “URGENT” often when talking about a just-received, not-yet-edited story of public importance. With this headline, a brief description is given until journalists can provide a more detailed story. But when “urgent” becomes a tool purely to attract attention, it’s a sign to beware of this news outlet.

(e) If a site constantly cites theoretical “British scientists,” “Turkish news outlets,” and “Belgian organizations,” without mentioning specific sources, then the website’s employees also don’t understand very well who their sources are. So they can make mistakes at ease.

(f) Any journalist and editor can make a mistake. But a professional journalist admits his mistake, subsequently provides the corrected information, and apologizes to readers. In Armenia, in the worst case scenario, the mistake remains in place, or the webpage is simply erased, as if nothing happened. If a website that considers itself news media doesn’t think that it should provide only verified information and admit its mistakes, then ask yourself: should you trust the other news stories on this site?

This, of course, is not an exhaustive list, but it’s a start to make a choice. The issue is that in the media sector, regardless of everything, readers should consider themselves consumers. And they must protect their consumer rights. In the media sector, this is done by doing the following: simply ceasing to visit deceptive websites.