Television That’s Past its Prime 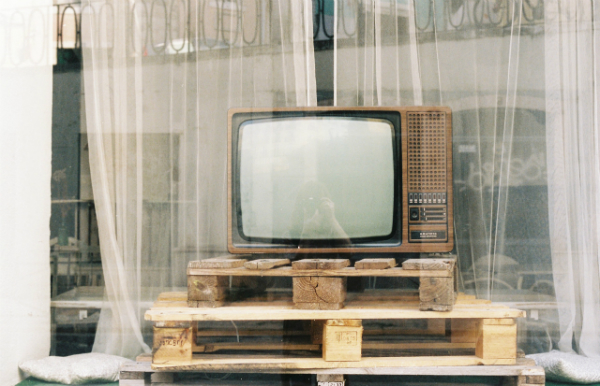 Cultural coverage is a complicated problem and simultaneously alluring: we’re talking about art and literature, after all.

This temptation gives birth to not only TV series, but also entire “specialized” TV stations. Such an attempt was made in Armenia at the end of the 90s: a channel named Culture was broadcast with the frequency of today’s h2 channel. It lasted 1–2 years.

In Armenia today there are two channels that can be considered cultural.

One is Shoghakat TV. Programs such as Museums, The Pianist, Known and Unknown Cinema, Loving the Book, World Cultural Treasures, and The Passion of the Classic speak volumes with their cultural message but share airtime with the Gospel of Mark, Teaching the Gospel, the Miracles and Healings of Jesus, With Love From Holy Echmiadzin, Church Life, Stories from the Bible, and other such series.

The cultural/religious TV station is a very difficult case, a separate topic of discussion: if nothing else, among that which it rebels, art also often rejects religion, god, the church, and in turn, has its own notions of permissible cultural content and forms.

The other cultural channel is the Russian Kultura. Amidst the flood of soap operas, accidents, crimes, and programs about “stars,” this channel seems like a salvation. Indeed, it often shows excellent arthouse films and educational programs. On air until 2011 was also Viktor Erofeyev’s Apokrif (“Apocrypha”) program, which asked questions that were extremely relevant to contemporary cultural critique and had guests who were members of the intellectual elite.

Over the years, however, Kultura became more and more conservative and “jubilous”.

Of course, many from this list are worthy of a separate program, but added to the special anniversary programs are the old films (again, over the course of one week) Sochinenie ko Dnyu Pobedy (“Composition for Victory Day”), Moy Mladshiy Brat (“My Younger Brother”), and The Forsythe Saga (1967 TV series), as well as “retired” TV hosts Lev Anninsky (81 years old), Yuri Rost (76), Kirill Razlogov (69), and others.

Even the choice for a documentary film about a classical painter was made based on age discrimination: “Lucas Cranach the Elder” (kidding).

Kirill Razlogov taught me contemporary film. I have the deepest respect for his and many from the Kultura channel’s taste, but what the TV station is missing, in general, are young people, the spirit of fostering innovation, which is the driving force of culture and which doesn’t allow it to become a museum artifact — the discretion of more convenient pensioners.

On the other hand, there’s the risk that in rejuvenating the channel, it will be penetrated by opportunistic or maniac journalists and public figures who will preach xenophobia and aggression, based on the example of other Russian national channels.

So, in conclusion, adapting Yeznik of Kolb’s phrase that an idle bee is better than a hardworking wasp, perhaps at this time we should be content with elderly conservatives — until the cultural channel of our dreams appears on television.