The Mysteries of Armenian Media Part 1: Serving the ‘Crimeconomy’ 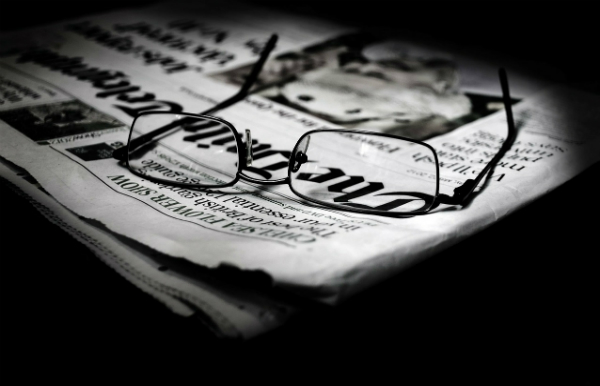 The media of developed countries is characterized by full coverage of not only politics, public life, culture, but also economics.

“All eyes on Federal Reserve as it prepares for interest rate announcement” reads the headline of a September 16 story published by The Guardian. Here is an excerpt from the article:

“The decision will be announced by Federal Reserve chair Janet Yellen at a highly anticipated press conference in Washington on Thursday. Even if rates aren’t raised, every word that she says – and how it reflects the [Federal Open Market C]ommittee’s confidence in the US economy – has the potential to significantly move global markets.”

The press conference was at 2 pm in Washington, which made it 10 pm in Yerevan. The entire world was discussing what decision would be announced. The Wall Street Journal and the Financial Times, which are pure economic newspapers, naturally, covered the pressing topic more extensively than The Guardian: Will US interest rates change, which have been at the minimum of 0.25% since the 2008 economic crisis and have been one of the important instruments in the recovery of the US economy?

And after the press conference, they will discuss her “EVERY WORD”. Experts predict that a change in the rates not only will shock global markets, but also might launch a new economic crisis…

Perhaps it should come as no surprise: I sought in vain any reaction to this news in the Armenian media.

And I remembered former Armenian prime minister, an economist by education, Tigran Sargsyan’s statement in 2008, that the global economic crisis would not affect Armenia. At the time I was ready even to consider that infamous prediction as a way to dispel panic, if the country, unfortunately, didn’t experience one of the world’s largest economic declines, the result of which was huge emigration.

“Losing the water mill, you go after the miller.” Many readers can object with proverbs, referring to Armenia’s inconsolable sociopolitical state today. Yes, and they can bring forth powerful arguments.

It’s an exaggeration even to say that there is economics in Armenia: there is ‘crimeconomics’, where profitable businesses are allocated through clan-like quotas of the ruling elite; moreover, often reputable criminal figures decide the fate of this or that big business, while the state budget survives on [migrant laborers’] remittances from Russia, where the situation is the same.

Our media too serves the ‘crimeconomy’, including also by spreading rumors in good faith about how people with the nickname Tuy or Pzo had an influence on solving the problem (the choice of names is random, according to more active circulation in the media recently. Let be offended neither they if they don’t have an influence nor those who do whom I haven’t mentioned).

Meanwhile, I think, policy reform through economics is also quite effective, as the ‘chrestomathic’ examples of Chile and Singapore have shown, and the media, in this case — the economic news media first of all, of course — can play a significant role in the process.

Unfortunately, in Armenia, there is no or practically no economic news media, and the few titles with a specific focus and the other, “wide coverage” news outlets don’t respond even to news of global significance, if they’re not served on a tray in international news feeds.