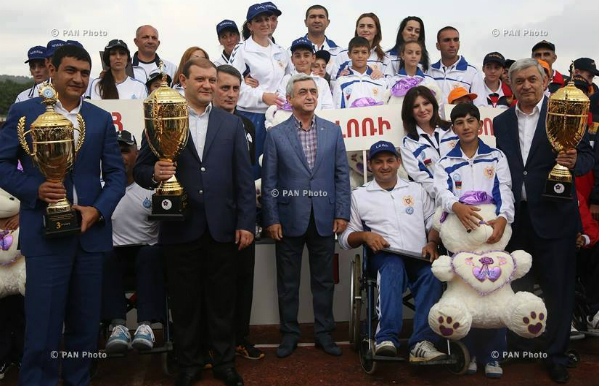 A documentary photographer has no right to interfere in events as they unfold. This truth, like the Lord’s Prayer, all who in the media industry claim the title of honest supplier of photo information have learned by heart.

A sporting event was held in Armenia recently. I think it was a competition among the best athletic families, and I doubt this event would’ve garnered much attention if the head of state hadn’t attended.

And his visit wouldn’t have interested me if each occurrence of Serzh Sargsyan’s direct contact with the public wasn’t accompanied by the commotion of photographer correspondents who rarely come across such events in their boring lives. 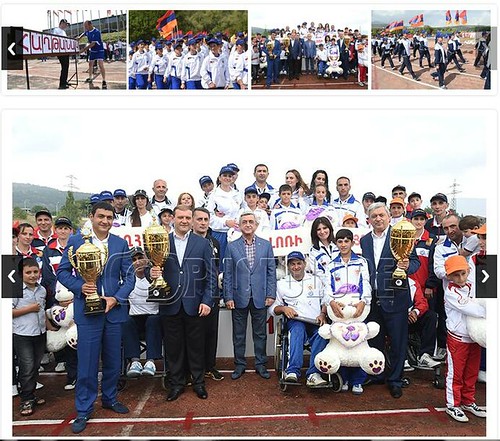 In Armenia’s news media industry, suppliers of the daily news’ photos are quite defined (Photolure, PanPhoto, Armenpress), and if a news story involves Serzh Sargsyan, then the first to appear at his side, naturally, is his personal photographer.

When the sporting battle, so to speak, ended, participants decided to take a souvenir photo with the president. As for what happened next, even retelling the story is unpleasant.

Serzh Sargsyan stood next to some participants in wheelchairs. The photographers lined up in front of him. It seemed, there wasn’t anything easier in the world than to capture 10–15 shots in several seconds and disperse, each to his own task. But, as usually happens, the “courtiers” surrounded their “king”. And they couldn’t care less that “enjoying” their leader’s “intoxicating” proximity, they with their “proud” bodies were blocking those whom, it was assumed, were to be photographed with Serzh Sargsyan: the men in wheelchairs. 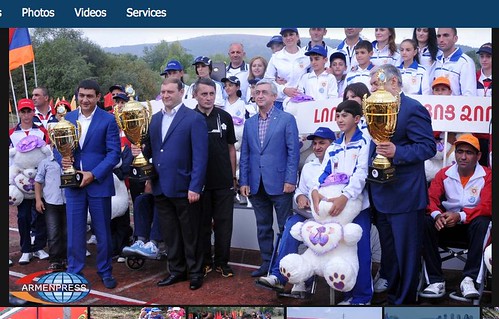 And here the most interesting thing happened… Did the photographers direct the officials to their places in the shot? No one had the courage to do that.

Probably everyone, like a single unit, recalled the documentarian’s first commandment: “You have no right to interfere in events as they happen.” Two veteran photographers somehow got out of the situation — who however he could.

Melik Baghdasaryan (Photolure) sought an angle whereby the faces of two of the wheelchair-users (there were three) were visible between the mayor and some other official. Armenpress veteran Felix Arustamyan acted similarly: “sacrificing” one, he sought the faces of the two others.

Members of the young generation who were simply taking the photo, not at all concerned about the subtleties of the situation, “immortalized” in their photos only the wheelchair-users’ legs seen from behind the officials. 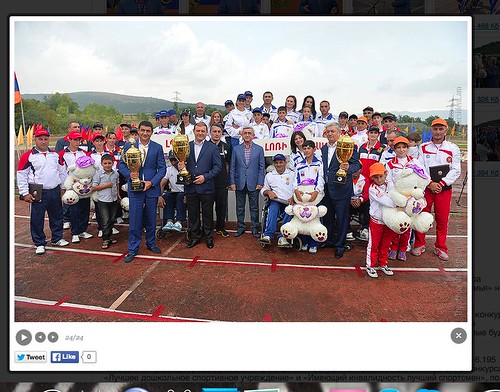 Photolure Director Melik Baghdasaryan explained the situation as follows: “When the president’s personal photographer is present during shooting, he is considered the main [photographer]. Everyone looks at him. We seek the shot by standing at his side.”

But the personal photographer, too, despite being the “chief” photographer, preferred to accept the situation. Perhaps he hadn’t even noticed what was happening. But who noticed what isn’t significant. Once again we all saw the obvious: officials in this country are profoundly indifferent towards people with disabilities.

It’s deplorable that neither the presidential staff nor news agencies realized this and displayed these photos on their official websites.

… but perhaps they did realize? And they attempted to make Taron Margaryan and the other officials an object of ridicule? 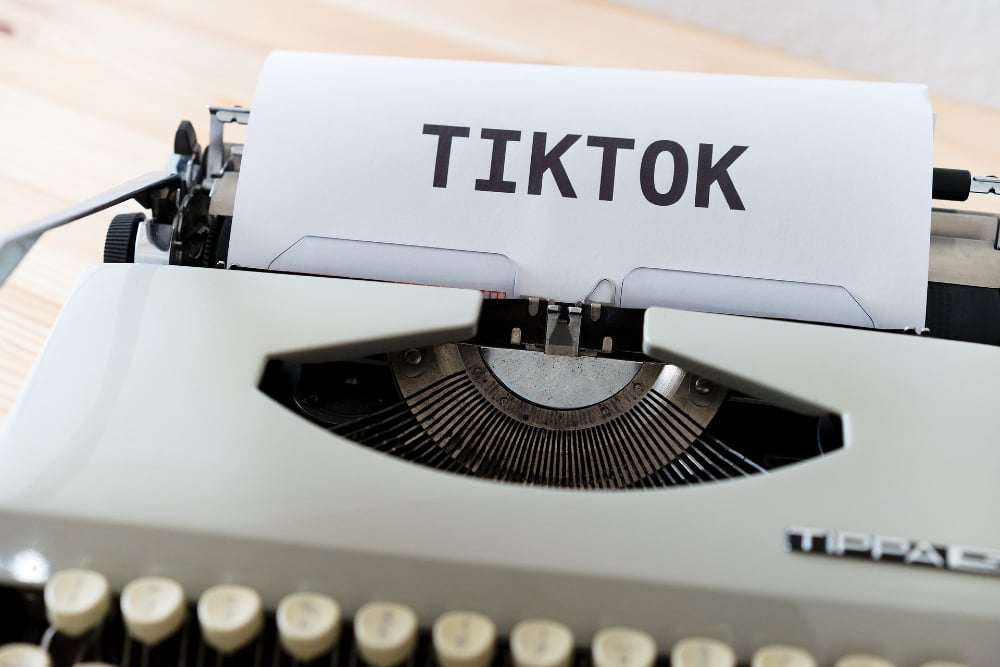 A Girl Did Not Go Blind From Gardasil, And An Order To Vaccinate Teachers Isn’t Possible
Karine Ghazaryan
Newsroom