Advertising Conspiracy Against A1+ News 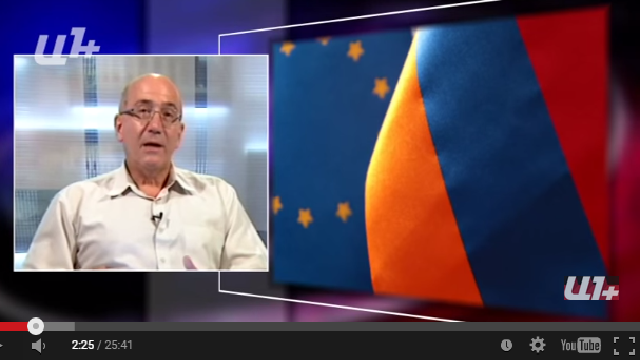 The A1+ program Ayb-Fe is shown from Monday to Friday on ArmNews TV at 9 pm and replayed the following day at 9 am. The problem is that the program begins with a lengthy advertising segment. That is, viewers are shown the program headline immediately followed by advertising that lasts around 5 minutes.

I’ve never understood even interrupting the news with advertising, which is quite common in Armenia, much less beginning a news program with advertising. So, the viewer has turned on the channel to find out what’s happening in the world, and you tell him, you heard this much? Now watch some ads, then I’ll tell you the rest.

I was looking forward to A1+’s return; initially, I watched it often. Though practically no one from its former “star” cast was left (more than 10 years have passed, it’s understandable) apart from Aram Abrahamyan, who was the face of the channel, but the professionalism was at the appropriate level, and there was the addition of a page of archival materials, which couldn’t have existed in the past, since the past was the present at the time. The page is presented by Mher Arshakyan, delicately selecting from the archives the reports that “speak” to today.

Later, I began to watch the channel only seldomly for a few reasons, the first being the advertising segment.

The second reason is that Aram Abrahamyan, A1+’s “face,” hosts news programs also on Shant TV (and on Public TV, the Art-Kanon program, but this is purely a cultural program).

The third is the mystery of A1+ returning to television broadcasting.

Of course, first it must be said that A1+ TV hasn’t returned: it doesn’t broadcast on its own channel but is a guest in someone else’s “home,” ArmNews TV, offering only a single program.

On the other hand, it’s returning with its hallmark program, Ayb-Fe, which belongs among the strictest censored genres of news media, Armenian television.

In my view, after A1+ TV was deprived of broadcasting in 2002 with an order by then president Robert Kocharian, there haven’t been significant reforms in Armenia, and the sector hasn’t gotten rid of complete control by the state authorities.

In recent years, the owners of some TV companies have changed, as in the case of, say, Armenia TV, but the ruling authorities’ docile performers have been replaced only by close relatives (judging from the news, as the sector is not transparent, and it’s hard to know who’s backing the appointed shareholders; what’s important is that the broadcasting quality and level of freedom of expression haven’t changed).

So the reality of the return of A1+’s Ayb-Fe should be attributed to the ruling authorities’ flexibility toward the media: the rebroadcasting of a popular but banned television program imparts legitimacy to the current administration (while not affecting the overall situation) and presents current president Serzh Sargsyan as more tolerant than his predecessor.

Or, in parallel, some restrictions on content have been placed on the television company . Let’s suppose: you’re free to criticize everything and everyone — except for one person. About him, either good news or nothing… More or less long-term monitoring can reveal who is/are considered “untouchable” by different TV stations.

These reflections aside, I think, if Ayb-Fe wasn’t “precluded” by advertising, the program could have a greater audience, which provides a greater guarantee of freedom — if there is the aspiration for freedom, that is.