Armenia is Back in the Age of Noah, According to Google 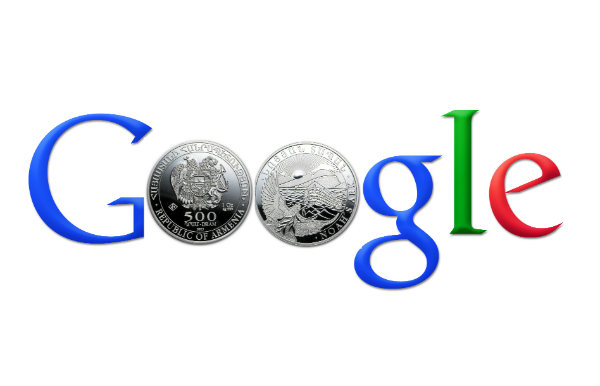 Armenia’s international image, it seems, is the concern of all of us. We are offended when many foreigners are unfamiliar with Armenian history — some don’t even know where our country is on the map. By the way, it’s my impression that we place more importance on knowledge of our history than of our geographical location.

Most likely, these collective efforts have begun to bear fruit.

Recently, I searched “Armenia” in Google, but not having entered the second word, I noticed a window opened on the right which depicted the map of our country, its flag, and images of 10 places of interest. There was also a list of brief facts, including our national currency, or more accurately, currencies. 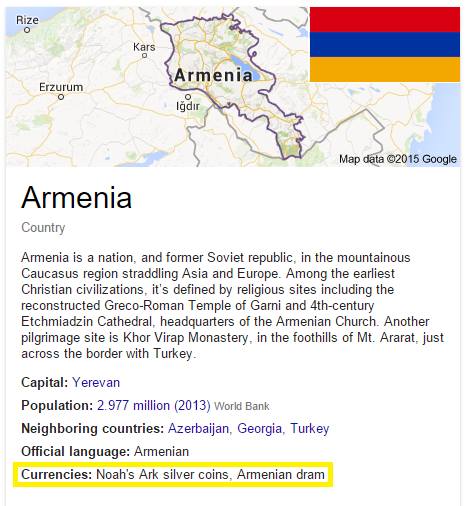 I thought that listed in Wikipedia, which is the likely source of this information, are those currencies that were used also in the past. I checked; that wasn’t the case.

I compared with other states: alas, in one case, no currency was listed; in another, it was a novice country, which had that one currency.

When I finally typed “Germany”, the result differed from Armenia — there was no mention of the Deutschmark. Written is only “Currency: Euro”. 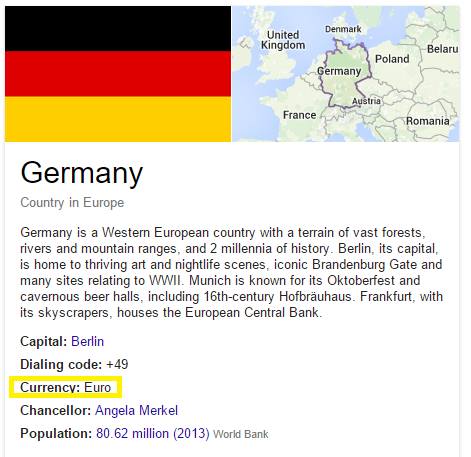 In other words, through Google, someone’s played a prank, apparently: if you Armenians are such an ancient people, if Noah’s Ark landed on Mount Ararat, most likely his silver coins are still in use in this country of yours in Ararat valley.

I thought, I should write to Google about the oversight, but two things held me back.

First, it’s a pity to dispel the romantic delusion of those who, seeing this information, will believe that there is a place in the world where trading is done with Noah’s silver coins… men get their barbecue meat with a bow and arrow, while women assemble grains for canning.

Then, “Noah’s Ark silver coins” actually exist, only that they’re not currency, that is, not a means of payment, but commemorative coins that have purely investment value and Google’s reference will help increase their price.

But there was also a second factor: Google Search enjoys enormous popularity and perhaps in such cases, any significant changes should be made after a serious discussion. What do you think?