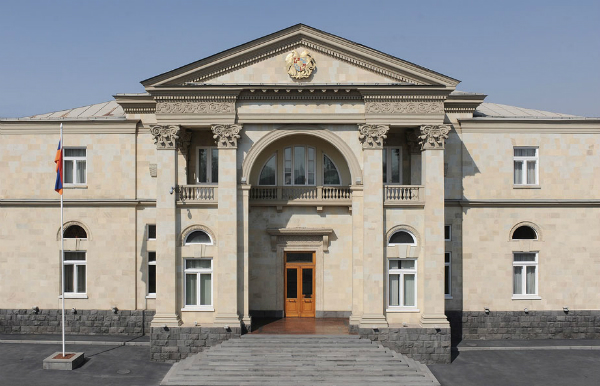 The bulk of these refer to newly elected Heritage Party board member and Araratnews.am JOURNALIST Hrayr Manukyan’s June 2014 statement that “a person who introduced himself as an employee of the National Security Service (NSS) named Vlad Hakobyan” tried to recruit him using threats.

Online newspaper Hetq published [AM] the recording and transcript of the conversation and the NSS’s official letter, which stated that investigation of the incident contains state secrets and cannot be made public.

Armenian President Serzh Sargsyan’s appointment finally proved that there really is “a person introducing himself as an NSS employee named Vlad Hakobyan,” has the title of major, and was head of a department at the NSS.

The appointment garnered a quite heated and sharp reaction on Facebook, whereas there were only a few reports [AM] in the local press [AM], though we’re talking about a likely partner and one of the most important positions in the media.

I did some research and discovered that from Roosevelt to Obama, all the press secretaries of the last 10 US presidents were journalists, who previously had become well-known as reporters of The New York Times, TIME, and the Associated Press. Truman’s spokesperson Charlie Ross, before becoming the White House Press Secretary, was awarded a Pulitzer Prize.

The logic is clear: the press secretary must be a professional journalist in order to understand the nuances of the profession, and to recognize and be recognized by the media industry.

But setting aside this basic requirement, not discussed is the fact that for many years, the president’s spokespersons have not fulfilled their duty to the public. Who remembers the last time the Armenian president’s spokesperson held a briefing? Or a time when he answered journalists’ questions that would dispel the conspiracy theories flooding the local media or the public indignation toward scandalous incidents?

Serzh Sargsyan himself is a taciturn official, and those rare moments when he doesn’t avoid public contact, his remarks immediately become memes (“It’s because you think like this that the cucumber grows the wrong way,” “As my granny would say, did we gather [to address] this issue?”, “yeah, really?”, and so on).

It must be assumed that everything will be done for Sargsyan to be represented by someone who masters the art of communication and will be a reliable partner for journalists. But appointed is Vlad Hakobyan, whose previous job implies reticence and the appointment as well, which is not ordinary, likewise reticently is not interpreted.

But maybe everything is as it should be? The ruling authorities are consistent in their policy of adverse selection, and instead of a press spokesperson, a press “un-spokesperson” (one who is disinclined to talk) was to be appointed, so that no confusion would arise in people’s heads over the appointment of any publicly acceptable figure.

P.S. If a question arises on why I’m citing US press secretaries in particular, this is the answer: the position of presidential spokesperson does not have a long history in Armenia; rather, it is an institution typical of states with democratic traditions.