The ‘Peppering Language’ Factor in the Work of Journalists and Police 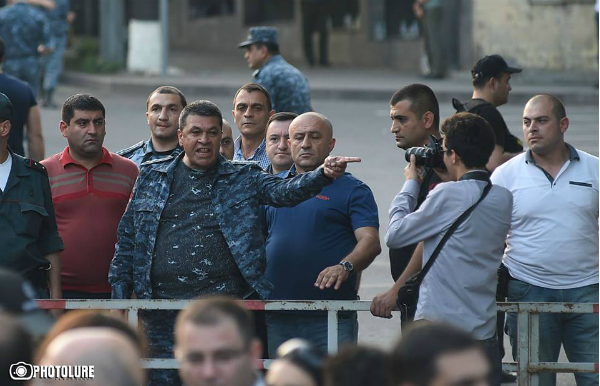 Life has proven that a journalist, as an individual embodying breaking news, appears on the front page of news and forces the public to talk about him (not about what he wrote or filmed but about his person) only in two cases:

Of course, there could be a situation when a journalist who has been attacked or persecuted or is on the verge of death is forced to testify on a hyper-urgent issue. After which his photograph or comments will soar in the media like breaking news.

But, all the same, a journalist must be a victim in order to become a newsmaker; otherwise, he will remain merely an intermediary and guardian between the incident and the audience — forever doomed to be a professional and not speak on his own behalf.

In the best case scenario, he can speak on behalf of the public, offering a few opinions and placing himself among them.

But that’s not a front page but an in-between place. A so-called professionally secured role, which by leaving, he might weaken his position and fall into the clutches of small and big legislative codes.

A journalist is that professional who represents a force so long as his personal worries, fears, and hallucinations are dissolved in his news stories. If he is unable to restrain himself and sober up, shouting left and right “I’m so-and-so,” he will drown in his own subconscious nightmare vortex.

In that case, either he or his profession will die.

After all, those who have socially responsible professions (doctors, police officers, teachers) know the formula: they’re either dead on the front page, or alive and needed in the middle.

It may seem contradictory, but their role is big insofar as it is less personified and very dissolved within others. A teacher is nothing without students, and a journalist is useless without an audience. A doctor is nil if he has no one to treat.

Both police officers and journalists in Armenia have the same status: they are many; they are responsible; and they are a force. Even a powerful force.

Question: why has Chief of Police (too bad there isn’t the concept of “Chief of Journalists”) Vladimir Gasparyan gathered the attention of all types of media platforms and speaks to the public from every screen about “small revolutionaries” who “pepper the language” and sometimes have “chubby feet,” sometimes raising his eyes to the Lord and releases theological “missiles” on air, shouting that he is Vova Gasparyan?

Everyone knows that if you wear a uniform (in the case of journalists, a professional code of conduct) then the uniform is your sobering station.

After all, professionals responsible to the public appear on the front page in a role outside their profession if

There’s no other option: either you have to be in the middle, professional, or a stellar newsmaker, but on the verge of death.