On the Tortured and Defenseless Copyright Law Yet Again 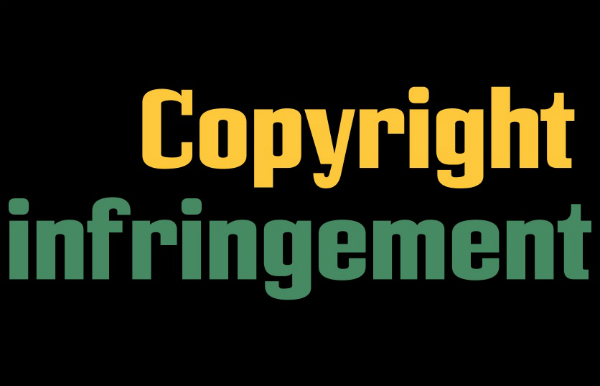 “In republishing excerpts from news items of print media and websites, noting the print media’s name in the headline is mandatory. [I]ncluding an active hyperlink to the [original] website […] is [also] mandatory.”

After this incomprehensible (for a freelance photographer like myself) provision of the law [AM] was adopted, such notices appeared in nearly all online news media.

People protect their copyright however they can, while at the same time not at all thinking about the rights of others.

I’m a photographer, a documentarian. In any case, that’s how everyone sees me; that is, whoever has contact with the news media to some extent. But there’s one “insignificant” detail. I’m a freelance photographer. Very few know what this means — even those who in some way or another are connected to news outlets. Let me try to explain in detail what it means to be a freelancer in Armenia.

Glamorous magazines are not my market. I photograph something completely different — the real face of my country. In terms of newspapers, Aram Abrahamyan wrote aptly in his March 10, 2015 editorial [AM]: “We’re more interested in the fate of Kokol’s Gago and Lyovik from Shengavit [an administrative district of Yerevan]. Whatever we’re interested in, that’s what we develop.”

I photograph neither Lyovik nor Gago, which is why I’m of no interest to newspapers. So what’s left? Facebook.

I post my photographs on my Facebook page. And as I earnestly thought, I waited for editors to call or write, with proposals to cooperate on a topic of interest to me.

If I believe that a few photos deserve the attention of Asekose‘s editor, then I publish them on that site. This is the only news website in Armenia that wanted to collaborate with me, by providing a space to work. No censorship whatsoever: I publish all that which I consider necessary. In a period of five months, not a single word was changed or removed from the text.

You might ask, what does the text have to do with anything? It’s simply that our writer colleagues working in the press for decades haven’t tried to understand what the work of a documentary or freelance photographer is. For many editors, there’s simply no difference between the photo they find through Google Search or a documentary photographer’s photo. 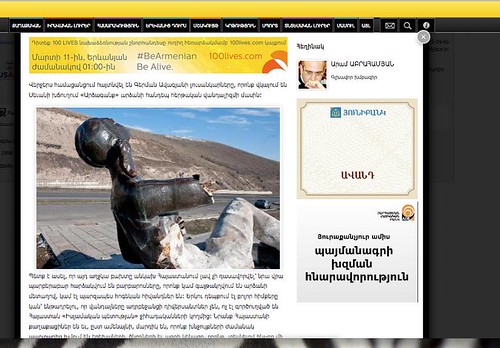 Let me try to explain the principles of a photographer-documentarian’s work. I photograph all that which interests me. Apart from taking the photograph, I have my own approach to any given photograph, my subjective perspective. Perhaps wrong, but my perspective nevertheless.

I express that through not only the photograph, but also the caption attached to it.

The photograph published on my Facebook page continues to remain my photograph. Its copyright belongs only to me. When a newspaper or website publishes a photo lifted from my Facebook page, with my text, I’m forced to put up with it, since I take into account the sort of country I live in.

Usually, my photographs are published with my caption and the attribution “German Avagyan published on his page…” and so on.

Of course, it’s welcoming that people have their own point of view. But it gets on my nerves when to express their points of view, they use my photographs, which were created to express my point of view on my Facebook page.

I think, it would be better if the newspaper or website used its [own] photographs to express its position.

Changing Dostoyevsky’s remark (“A photograph captures a man as he is now, and it’s quite possible that at any given moment Napoleon can appear an idiot while Bismarck, affectionate”), it can be confidently said that the caption of a photo can radically change the gist of the photo and cast doubt on its credibility, resulting in a lack of confidence in its creator.

By the way, mentioning the photographer’s name, even when the copyrighted text is removed, cannot be reason not to pay an honorarium. Moreover, in civilized countries, about which Armenian news outlets like to write, changing the meaning of copyrighted work is grounds for legal recourse, which is followed by the payment of a respectable amount as compensation for moral damages.

… But we realize very well where we live.

P.S. Amendments to the Law of the Republic of Armenia on Copyright and Related Rights state that any use of a copyrighted work is possible only with the author’s consent. But more about that next time.