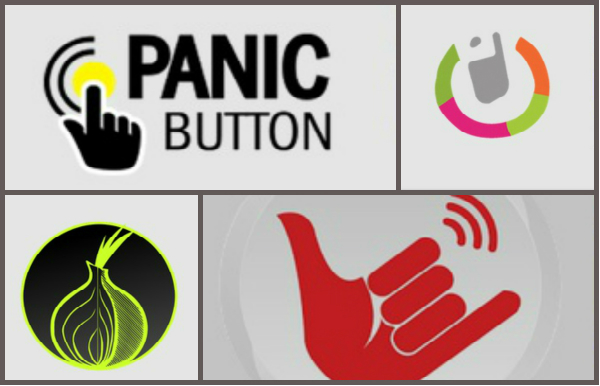 Let’s look at a few apps for Android operating systems that journalists might need.

Panic Button: this app, created by Amnesty International, allows you to send a SMS to someone you trust, letting him or her know that you are in danger. Along with the SMS, the app sends updates about your location.

In the Clear: Apart from sending a SMS alert, this app allows you to quickly delete information in your phone that might endanger you.

The app, depending on the features you’ve configured, can delete photos, the call log, your contacts, SMSs, and so on.

FireChat allows you to establish a (public) connection between smartphones in the absence of an internet connection or mobile phone coverage. This allows journalists to work in groups when other communication channels are unavailable.

TextSecure allows you to send encrypted SMSs, which will be inaccessible to a third party if your phone is tapped.

Orbot creates an encrypted internet connection through Tor, which provides privacy of your online activity.

ObscuraCam attaches to the lens of a mobile phone and automatically detects people’s faces in photos and videos and allows you to immediately disguise them.

In addition, the app deletes information that would allow to identify the phone that took the photo or video.