No Offense: The Level of “Akkadianism” in the Region and in Armenia 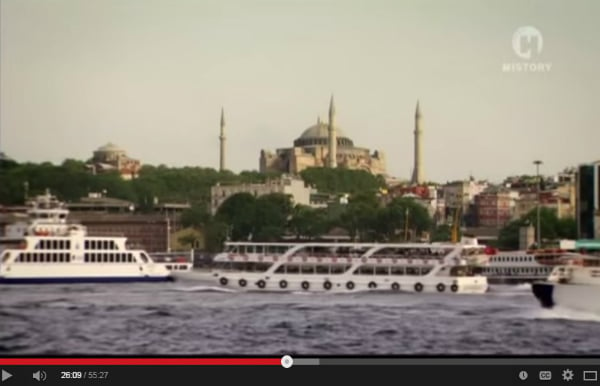 Several foreign TV stations, among which the Russian stations dominate, have public coverage in Armenia… though it would be more accurate to say “Russian and foreign” — just as the university of “Russian and foreign languages” was how Yerevan State Linguistic University named after Valery Brusov was once called.

After starting a “hot” war against Ukraine and a cold war against the West, Moscow once again has decided to edit history. The title of the film series “The Unwritten History of the US” broadcast on Channel One Russia speaks volumes. Kremlin preachers, as it was during the Soviet years, rely on the audience’s stupidity.

TV viewers must watch but not ask the main question: what is testified by the fact that the United States severely criticizes American film director Oliver Stone and likewise severely criticizes Oscar-winning Russian and Soviet filmmaker Nikita Mikhalkov, with his Besogon TV series (Russia 24)? Might it be the country’s democratic nature?

Armenian airwaves badly need balanced views in general and concerning history topics in particular. It’s enough to note that Mikhalkov, who’s become Russia’s main storyteller, in his blockbuster film “Burnt by the Sun 2: Citadel” has managed to expel all the “blacks” [as Caucasian people are called in Russian slang] out of the Soviet Army that participated in WWII. The 300,000 Armenians — one-fifth of Armenia’s population — died in vain. Fighting the Germans in the film are exclusively members of the Slavic race.

Armenia’s lesser powers cannot resist the great ideological brainwashing that’s gathered momentum in Russia. The solution, of course, is to protect the airwaves from brigand storytellers, but that’s currently unrealistic. But, in comparison, something else is feasible: public coverage in Armenia of a history channel not having a Russian point of view or at least the inclusion of such a channel in cable TV packages. For instance, Viasat History, which broadcasts high-quality historic films round-the-clock, can replace one of the Channel One Russia or RTR Planeta channels in the U!com basic package: they show 90–100% of the same programs. (Hey, anyone from U!com reading this?)

By the way, by calling for Viasat History’s inclusion in basic cable TV packages, I don’t intend to give TV viewers blind trust in the media. Moreover, I am going to devote the rest of this article to the broadcast of a documentary TV series, which casts a shadow on the TV channel’s professionalism. The series “East to West” (2011, UK, director John Fothergill) is the “unwritten history” of the East. The first few episodes present the contribution of ancient peoples of Mesopotamia — the Akkadians, Hittites, Babylonians — to world culture; the last few episodes, that of the Arabs and Turks.

The Sumerians, Akkadians, and Hittites are a favorite topic for educated and uneducated Armenian historians, as a method of taking our history back a few thousand years. Our small and large neighbors also have claims of their history being “Akkadianized”.

In this case, however, we’re talking about a different type of “Akkadian” attempt. The documentary series portrays the Ottoman Empire as a beacon of civilization — even as the precursor to the European Renaissance. Here are a few examples of similar judgments by Turkish experts.

“It’s not possible to understand Europe without taking into account the Turkish influence, just as it’s not possible to understand the Ottoman Empire without taking into account the West’s influence […] These two civilizations shaped each other” (episode 7, at the 16–18 minute mark). Suleiman the Magnificent created a system of governance that “European states copied… and use till today” (episode 7, 23–24 minutes). In the 17th century, “both allies and enemies called the Turks rulers of the seas” (episode 7, 10 minute mark).

It seems that in uttering absolute truths, experts don’t bother to provide any justifications. Except that this is a calamity for TV viewers, the greater calamity being that the filmmaker’s endeavors will justify their every word. Say, if a Turkish historian claims that Turkish culture had a great influence on the West, the filmmaker shows One Thousand and One Nights and Omar Khayyám’s poems. And nothing else.

It’s more difficult to hear how Turkish experts describe the tolerance that prevailed during the Ottoman Empire but keep silent that chief Ottoman architect Mimar Sinan, the architect of some of the most famous historical monuments in Turkey and teacher of one of the architects of the Taj Mahal, was of Armenian descent (or, according to other sources, of Greek descent).

And the most important: praising Sultan Abdul Hamid, the filmmakers say not a word about the massacres, the Armenian Genocide, which became the crown of Turkish Ottoman “tolerance”…

I hope that, first of all, this article will succeed in reaching the editors of Viasat History and the filmmakers of “East to West” and urge them to adopt a more responsible attitude toward history, and, secondly, why not, prompt Armenian historians to present scientifically-grounded rebuttals (“Hey, anyone there?” Take 2).

Otherwise, expert in the film Dr. Ihsan Fazlioglu’s exclusively banal idea that “the Turks were thinking in a uniquely practical way: making an effort, they achieved results, and they did everything so they could strengthen them” will become the truth.

Updated December 5, 2014: Parts of this article were updated to reflect a more accurate translation of the original Armenian.