Media Places Lavash on a Pedestal 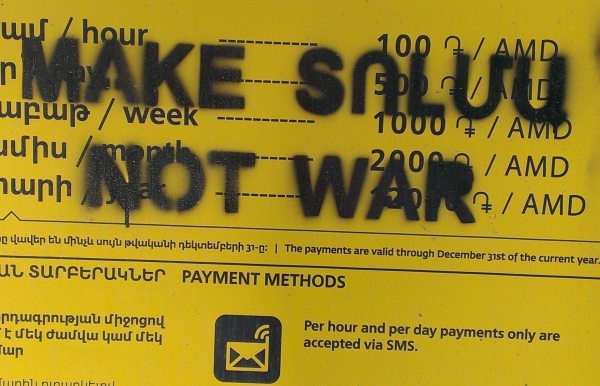 Lavash recently became a hot topic in the media recently. The traditional Armenian flatbread in one fell swoop became a validation of identity, a source of pride, and a weapon. It ceased being simply a food item and, emerging rom culinary domain, acquired a mythical significance.

The UNESCO Intergovernmental Committee for the Safeguarding of the Intangible Cultural Heritage on November 26, 2014, approved the Republic of Armenia’s nomination titled “Lavash, the preparation, meaning and appearance of traditional bread as an expression of culture in Armenia,” thereby inscribing lavash in the Representative List of the Intangible Cultural Heritage of Humanity.

This news was enthusiastically reported by the local media and discussed on social networking sites, acquiring various ramifications (bellicose, national/patriotic, culinary-philosophical, humorous, and so on).

The reason wasn’t simply that lavash made it on the UNESCO list, but that it did so despite the efforts of Turkey and Azerbaijan. Thus, the news acquired greater weight and began to operate as a major victory for the Armenian authorities and a small victory for ordinary citizens.

Armenian media added the words “struggle,” “hysteria,” and “anti-Armenian campaign” next to the word “lavash”.

Under the headline “The Turks Now Consider Lavash Turkish and Raise Uproar Against UNESCO Decision” [AM], Tert.am wrote: “Another anti-Armenian campaign has begun in Turkey.”

Also using the word “hysteria” in its headline was Armenpress news agency, but this time linking it with Azerbaijan: “Another Hysteria in Azerbaijan: Now Surrounding Armenian Lavash” [AM].

The news that lavash is now part of the Intangible Cultural Heritage of Humanity made front page news in the November 27 issue of Haykakan Zhamanak, which noted that this is important “for [Armenia’s] self-consciousness and international image.”

The newspaper recalled the controversial UNESCO decision to include harisa/keshkesh as part of Turkish culture and predicted that in the near future a “a battle around dolma is expected” and it’s necessary “to make efforts to register tolma, as well as other Armenian ‘brand name’ dishes as a part of Armenian cultural heritage.”

In neighboring Azerbaijan, the media began to write that the “Armenianization” of lavash was prevented, and Turkey and Azerbaijan won’t allow the Armenians to appropriate the bread types of the entire region.

Lavash became the weapon with which an attempt was made to resolve political and political issues; that is, a tangible and intangible campaign was carried out simultaneously. The Armenian side, impregnated with the pride of victory, preached putting the “enemy” in its place, while Azerbaijan took advantage of the opportunity to assure its readiness to establish justice. I am talking about inscribing lavash as joint cultural heritage.

In the media, the topic of lavash was and continues to be imbued by that quality that requires an opportune moment and a given country’s propaganda.

Every propaganda is based on the idea of the uniqueness of a given nation. The national is fertile soil for creating myths. And it is the myths themselves and not reality that become a source of pride. In other words, it’s all right that the socioeconomic situation is deteriorating, the value of the US dollar is increasing, and the prices of goods are again on the rise, what’s important is that lavash is ours.