On the Work of Journalists in Armenia’s Parliament 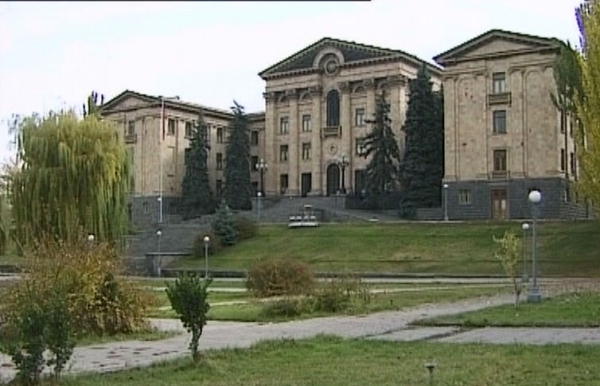 Special leaflets were distributed recently to accredited journalists in Armenia’s parliament, reminding them of their responsibilities. There was nothing about their rights in the leaflets. If I’m not mistaken, journalists also should have rights. Aren’t there special leaflets for these?

The other responsibilities are understandable: not to interfere with MPs’ performance of official duties, to present and carry their credentials, and so on. But a guest — and journalists are guests in the National Assembly — in the first place sees how the homeowner behaves (in this case, MPs and parliament staff). What example are the staff and MPs carrying out their lawful interests serving? Perhaps a leaflet on responsibilities should’ve been handed to the MP who threatened to break the jaw of a journalist and to the staff member who attempted to grab an A1+ journalist’s recording device, causing it to fall to the ground. What would be their reaction to such a document?

I understand that the National Assembly wants to regulate the work of journalists — it’s even possible that there’s a need for regulation. But it’s also clear that the unique features and ethical norms of the work of and even the dress of journalists in the National Assembly or in any other state agency, in a public place, or during a public event are decided by the editorial offices where those journalists work. This is an issue of editorial policy.

It’s clear at least to me the changes that officials implement or plan to be implement to the work of journalists in parliament, first of all, will harm journalists to carry out their work in full. No matter how many changes are needed from a cosmetic point of view, it’s clear that the National Assembly was a unique place in Armenia, where journalists could work directly with MPs, parliamentary leadership, and sometimes even ministers and the prime minister. The actions that are being taken, despite seemingly other explanations, are done firstly for the purpose of impeding that ability to work freely.