When Request to Remove an Aired Television Broadcast Becomes a Tactic 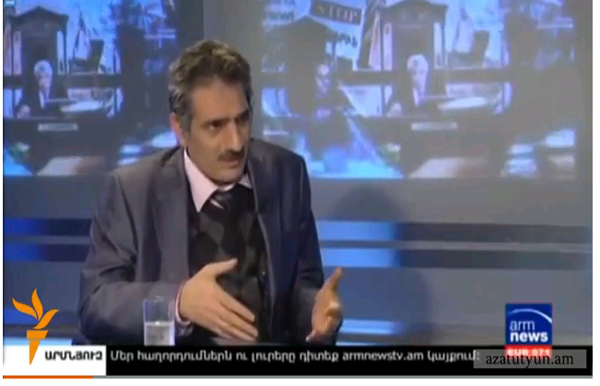 When the Constitutional Court of Armenia was debating the constitutionality of several provisions of the new mandatory pension law, the public was curious how this discussion would end: would employers have to make deductions for mandatory pension contributions from employees’ wages or not?

Constitutional Court member, Judge Felix Tokhyan on April 2 was a guest on two local TV stations where he made contradictory statements. On ArmNews TV, he said that employers should not make deductions, and if they made them thus far, then they should return them to their employees. He called making deductions “nonsense”, since, as he said, the law [or at least those provisions of the law] was recognized as being “unequivocally” unconstitutional. Then on Shant TV he said it is a misunderstanding to consider that the requirement to make deductions has been eliminated. And again he used the word “unequivocal,” but now adding “obliged to pay”.

This occasion for strange and confusing information could have developed particularly on ArmNews, since the first channel to bring news from the Constitutional Court had gotten the opportunity to place the footage proving the inconsistent position in a overall inconsistent context.

But another path was chosen: The rerun of the talk show Banadzev (“resolution”) was not broadcast, and the footage was removed from the station’s website and Ucom’s digital archives (for satellite television viewers). iLur.am reported [AM] that the broadcast was removed upon Tokhyan’s request.

Completely removing, erasing, or deleting content, of course, is not possible in this age [AM]. Video, after all, is not hope that one can take away and disappear with. It exists and forces us to be sympathetic to our television industry, which prefers to fulfill a request (and has no aversion to stating this), assuming that this way, it can shake off the useless burden on its and the public’s shoulders.

The Executive Producer of ArmNews, replying to a question about the interview with Tokhyan, tweeted [AM] that, in his opinion, there’s nothing more to say to the audience.

Thus, it never became clear based on what principle the TV channel adopts decisions to fulfill or not fulfill requests from its guests to remove broadcasted episodes from the airwaves as well as online. If, for example, guests of Banadzev three times a week ask not to broadcast the episodes in which they appear, will their requests be met? Can we consider the case with Tokhyan a precedent?

Of course, it’s a good precedent. The human desire generally to be attentive to a request makes the media’s work very sincere and complete. On different channels, for example, different requests are fulfilled. It’s just that the names of those making the requests are not always made public.

It would be much better if during any broadcast or news reportage, the names of those who have asked they be covered or not covered in the episode be noted. That would make the media’s work immediately easier, which wouldn’t seek information but would fulfill requests and keep its audience from surprises.

And by the way, the request can refer to not only the topic, but also the structure. For example, it can be made public that they want (or request) this news broadcast to be edited or emphasized this way.

Because when the name of the person making the request is not made public, TV channels are forced to wear the mask of an objective and speedy news outlet and maneuver in quite muddy streams of information, convincing their audience that the muddy is clean, the darkness (obscurity) is under control and will soon turn into light, and there is a grain of a noble idea in the illogical.