What to Do With Print Media 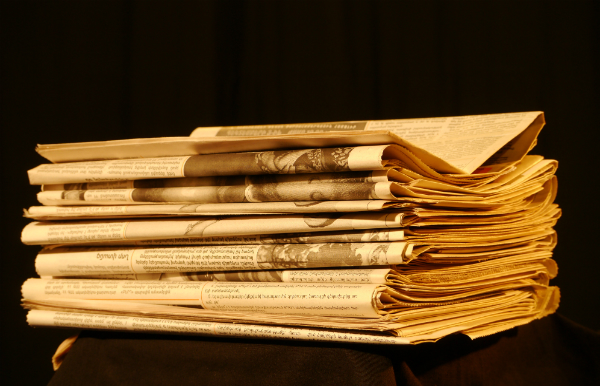 Also since January of this year, one of the oldest dailies in Armenia, Azg, is no longer being printed. Azg editor Hakob Avetikyan calculated [AM] that in Yerevan alone there are 13 daily newspapers, for which there is no market. “According to my calculations, 15,000 readers are left in the entire country. This process promises nothing good for print media — just a meager circulation,” he said.

Within the scope of the Alternative Resources in Media program, Caucasus Research Resource Centers (CRRC) conducted a survey in the fall of 2013 to determine Armenians’ media preferences, perceptions, and expectations of the media. Respondents also answered questions concerning print media. It’s clear from the findings that newspapers in Armenia are no longer a source for receiving news. 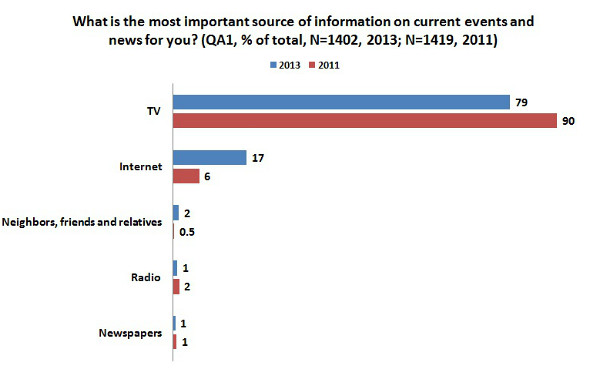 Only 1% of respondents said that newspapers are the most important source of information on current events and news. 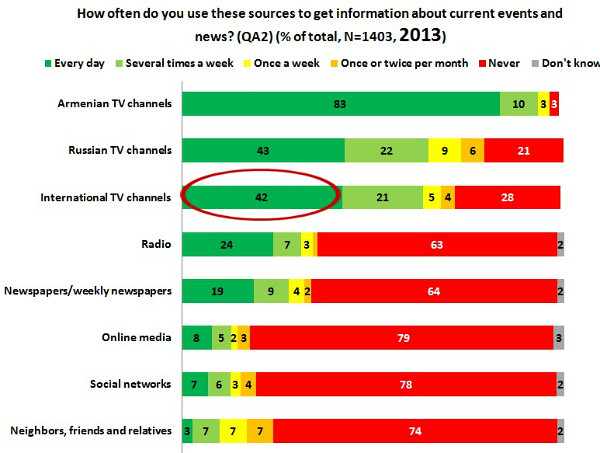 Somewhat more promising is the 19% of respondents who said they read daily and weekly newspapers every day; 9% read them several times a week; while 64% said they never use print media. 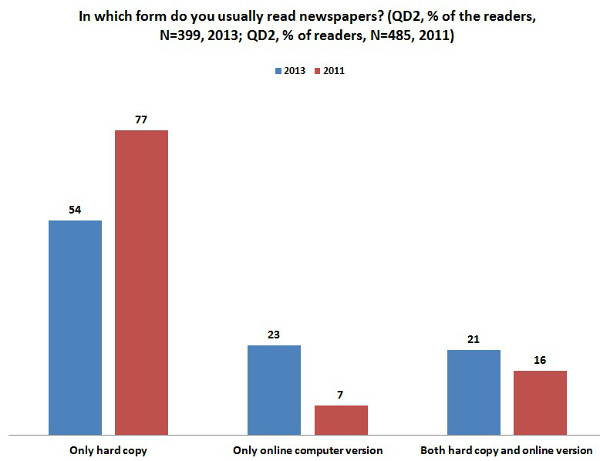 Only 5% of respondents in 2013 “strongly agreed” while 24% simply “agreed” that newspapers covered news and events objectively. These figures also dropped compared to 2011, when the results were 7% and 37%, respectively.

Asked whether they believe national newspapers are independent from government and business control in Armenia, only 3% of respondents responded “a lot”, while 20% said “some”, and 20% replied “not much”.

That the market for print media in Armenia has gotten smaller and the number of those accessing print media for news has dropped is obvious. This is also why newspaper editors and owners have taken steps toward the online market.

Hakob Avetikyan says: “The [news] websites issued a very heavy blow — they taught our people not to pay for information.” In my opinion, it will be difficult for newspapers that want to maintain their circulation figures to sell yesterday’s news for 100-200 AMD.

Purchasing a newspaper from the kiosk every day, a consumer has to be sure that he is getting quality analysis, photo stories, and infographics for the money he’s paying. And to produce such a quality product, media outlets will need not one day, but several weeks. This also means additional staff, investments, and also perhaps an increase in the newspaper price.

Are print media managers ready for such steps? Are readers prepared to pay more for quality and reliable journalism? These are open questions, the answers of which are more often than not negative.

The changes I’ve noted are possible only in the case of converging media, when a newspaper is but one of the editorial team’s many products.