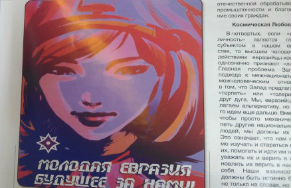 When it became known that the president of Armenia in Moscow expressed a desire and willingness to join the Customs Union, Armenian television initially cautiously, but later actively assumed the task of substantiating that desire and presenting it as a wise and farsighted path. And this was done most effectively by not only officials, but also experts having a clear predisposition, who enthusiastically spoke of those periods of wisdom, vision, and will when the historical moment requires it of them.

Television is a strategic space, which, though it’s losing its audience, due to the fact that it always toes the same line (without a dilemma, debate and analytical formats) continues to create the illusion of a monolithic and firm space. And so, paragons of experts also have to be the same, clearly differentiating between the positive (from a particular perspective) and the negative (from the remaining, other perspectives).

Armenian television has made so many efforts to present the idea to join the Customs Union as a positive decision that it threatens to undermine our television with its reputation of being a fortified, firm domain.

Even for that person whose only source of information is television, questions will arise regarding the TV reports, since mainly discussed on air are the economic, political, and humanitarian benefits (as well as the national interest) of joining the Customs Union, but not presented so rationally is what that interest is.

Of course, Armenian television presently won’t voice the dangers, traps, and losses (online media does that quite well), but at least the so-called “interest” has to be presented rationally — which, you’ll have to agree, is difficult.

The decision to sign a major inter-state agreement can be presented at least more logically (not in a populistic way) than, say, this story [AM] that begins from the claim that by joining the Customs Union, Armenia might get cheap gas [from Russia]. The reporter, without a doubt, says that this is the opinion of Russian economists, but cites only one person and one who is not well-known at that, then describes how after the expected drop in gas prices, the prices of goods will decrease, money will flow into Armenia, new horizons will open, and other wonderful things will happen. And as the focus of the news report, cited is the view that after all this, the fight against monopolies will become more effective. In short, it will be heaven on earth.

Armenia TV’s news also alludes to heaven on earth. In the first story on the program Zham [AM], for example, the reporter happily pronounces the forthcoming free circulation of people and goods and cites experts (one, less familiar Armenian-speaking politician; the other, a well-known Russian-speaking politician). One views the decision to join the Customs Union “based on security issues,” again speaking about the drop in the price of gas, the positive signs. While the other says that’s how it should’ve been. The report ends on a merry note: there are no dangers; the European window hasn’t been shut. Again, a piece of heaven…

The Public Television of Armenia counterbalances [AM] the view of being forced and pressured into joining the Customs Union with the hint of European pressure (again cited are those who have expert status and are invited to press conferences at the right moment).

H1 tries to convince us that no fatal choice has been made and that seeing Armenia’s future as part of the Customs Union is a regular everyday decision, and not a refusal of European cooperation. We are urged not to be in despair, not to lose hope, not to fall into the arms of nihilism, and believe in the combination of European and Eurasian paths. “All that is needed is additional effort,” concludes the reporter.

Even he who takes the calls of not losing hope to heart won’t disperse those doubts that the Customs Union will bring with it more problems than solutions to problems. And many of the problems aren’t even formulated. 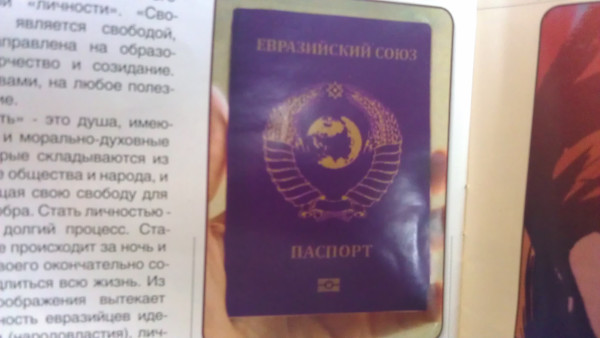 Our television reporting, endlessly replacing the lack of credible facts with bright and confident overtones, with wise calls and promises of building a future, is viewed as surprisingly archaic. The rules of the game of the Soviet Union have not changed a bit; they have only been given a new quality and color.

Now, perhaps, is the moment when our reality and television reporting completely correspond with each other. Both are moving toward the Customs Union — and both unable to explain why.

And it’s no coincidence that people having had the experience of living together in a repressive, ideological empire associate the Customs Union with the USSR, where those working in journalism were called “ideological soldiers of the front”.

The first thing a Soviet journalist was asked was the unwavering propagation of the line of power, since it was acceptable to consider that the battlefield was everywhere and enemies were always vigilant and full of a mania to counterstrike.

And now, when Armenia has experienced 20 years of independence and sovereignty, and the channel of information is not the only one, it can be noticed that soldier-journalists have not been lost and the ideological Soviet gene is still alive and well. Even if a TV reporter is of the generation that grew up during independence and never lived through the Soviet Union, she does a soldier’s job with zeal and passion; that is, she defends the line. And only the line.