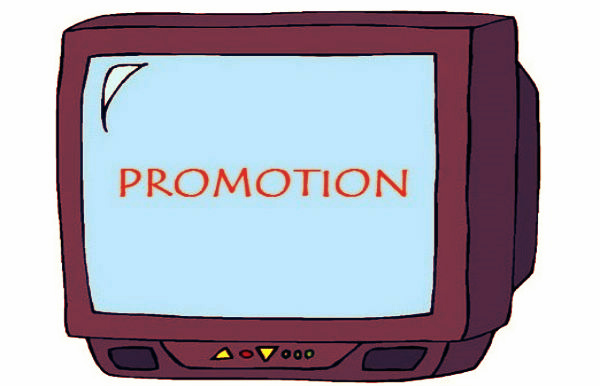 Armenian TV companies’ strategy regarding the use of promotional videos is likewise unclear. According to h2, the state broadcaster’s Second Channel, promo videos are inserted wherever there are empty slots. Such a policy, however, doesn’t mean that TV companies don’t consider the role of  promo videos to be important — just that not much attention is paid to exploring their effectiveness.

Only Armenia TV assured us that they do examine the effectiveness of their promotional videos — they are discussed prior to being broadcast, in terms of whether a 30- to 40-second video includes the maximum information about a program or not.

Yerkir Media staff, on the other hand, weren’t sure, but it seems that phone surveys had been conducted on this matter, but nothing was known about the results.

While Kentron TV attempts to draw conclusions on the basis of figures supplied by media audience measurement companies.

So that the strategy in the use of promotional videos is the most effective, videos have to be unique and differ from TV company to company and even from genre to genre, being broadcast during the time slots with the highest ratings and so on.

Armenian TV companies adhere to only the last criteria: broadcasting promo videos during the programs with the highest ratings.

So, for example, H1 (or Armenia 1, the Public Television of Armenia’s First Channel) broadcasts promo videos (ads) of its programs exclusively during highly rated programs, which are Kyanqi Karusel (“Carousel of Life,” which has a rating of 10.5) and Spasir Indz (“Wait for Me”; rating of 9.05). During that same time, the soap opera Dzhvar Aprust (“Hard Life”) gathers the highest rating on Armenia TV, with a rating of 17.9. That is to say, there’s still much to be done in increasing the observation of promo videos.

H1’s promo videos are also promoting the TV station’s programs with the highest ratings, such as the soap opera Hreshtakneri Dbroc (“School of Angels”; 16.05), the soap opera Generali Aghchiky (“General’s Daughter”; 12), the program Spasir Indz (“Wait for Me”; 9.05), the talk show Azat Goti (“Free Zone”; 8.2), and so on.

This trend is also evident in the case of h2, but only two of the promo videos were ads for programs among the “50 top-rated programs” [in Armenia]. These were Lavaguyneric Lavaguyny (“The Best of the Best”; 3) and Taksi Nema (“Taxi Nema”; 2.7).

The remaining programs, the promo videos of which h2 aired, had ratings lower than 2, falling outside the list of “50 top-rated programs” and thus not allowing other conclusions to be made, since the sample for this study was drawn from the list of the top 50 TV programs in Armenia.

Armenia TV’s promo videos also featured the programs with the highest ratings: the soap operas Yeghbayrner (“Brothers”; 11.9) and Yezragtsic Ayn Koghm (“The Other Side of the Border”; 12.1), and the talk show Kendani Matyan (“Live Journal”; 4), which, though it has a low rating, is a new program and, as with any new program, has a greater need for promotion.

The same strategy is applied in the case of ATV, with promotional videos for the programs Oops (rating: 4.2) and Kisabac Lusamutner (“Slightly Open Windows”; 2.6).

Among Yerkir Media’ programs, only the Korean production King Gwanggaeto the Great (alternatively known as “Gwanggaeto, The Great Conqueror“) was among the “50 top-rated programs” in April, but seen more often on the channel were promo videos for the programs Iradardzutyan Hetqerov (“Traces of the Event”) and Kapital (“Capital”), which are important in terms of not ratings but the company’s strategic objectives and image, as noted by the company itself.

The same can be said for Kentron TV, of which only Pro-Football and the Germany Championship football matches were among the list of top 50 programs in Armenia, while the promo videos it aired featured the programs Haykakan Urbat (“Armenian Friday”) and Epikentron (“Epicenter”).

Promotional videos of television programs begin airing three days before a program is to be broadcast, with less frequency, but closer to the date of the program being aired, the videos are more frequently played to remind viewers of the upcoming show, since researchers have found that confronted with a large amount of information, people will remember the information they were exposed to three days ago.

Several promotional videos aired one after another can be seen most frequently at Shant TV, followed by H1, which, however, is not necessarily a good thing from the point of view of effectiveness, while Yerkir Media and Kentron TV broadcast fewer promo videos at a time (mainly one or two), which is a more effective approach in terms of viewers remembering them.

An Analysis of TV Companies’ Competitive Strategies to Attract Armenian Audiences is a sociological research study conducted for a master’s thesis directed by Nvard Melkonyan that aimed to study the competitive strategies of attracting audiences of the top 5 Armenian TV stations with the highest ratings in 2011.